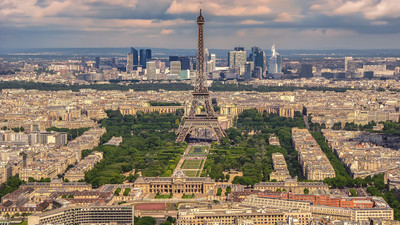 Located in the beautiful Bois de Boulogne, and only around six and a half miles from the centre of Paris, Longchamp racecourse is the jewel in the French racing crown. And it is one of the classiest stages for top equine performers anywhere on the planet.

First opened in 1857, the Eiffel Tower can be seen standing tall in the distance at this most picturesque of venues. And thanks to a huge redevelopment between the years of 2015 and 2018, the track now boasts facilities befitting of such a setting. These include a 10,000-capacity grandstand, which offers spectacular 360° views of the track and the surrounding area.

All of that, and the racing’s not too bad either. With over half of France’s Group 1 contests, including the French versions of the 1,000 and 2,000 Guineas, being held at the course. Most famous of all is the magnificent Prix de l’Arc de Triomphe, which takes place in October of each year. This 1m4f event is one of the real highlights on the global racing calendar; it is the scene of sensational displays from the likes of Dancing Brave, Mill Reef, Treve and Enable. 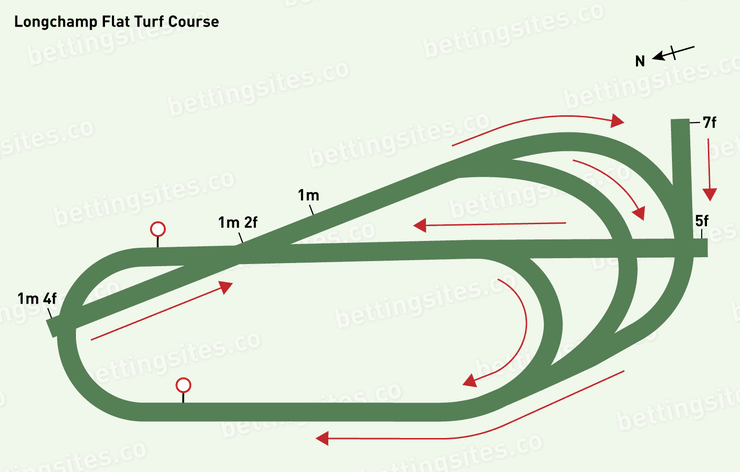 Racing at Longchamp takes place between the months of April and July, and then again during September and October. Paris’s premier track is in fact not one course, but five interlacing and overlapping tracks. When combined, these resemble a giant foot shape – a type of lay-out not really seen anywhere else in the world. Those five tracks – and their three different winning posts – provide no fewer than 46 potential starting points, with the track being able to stage races over trips ranging from the minimum five furlongs, and all the way up to a marathon 2m4f.

Each of the Grande Piste (Big Track), Moyenne Piste (Medium Track) and Petite Piste (Small Track) share the characteristics of being right-handed and broadly oval in shape. Together with the Nouveau Piste (New Track), which features just one bend, they also share the same home straight. Each one of the round courses is undulating in nature – rising a total of 100ft from their low point to the highest point of the course. And these provide a test of both the balance and stamina of the contenders. The Ligne Droit (Straight Line) course, as the name would suggest, is a dead straight track used solely for sprint contests.

Being the course over which the prestigious Prix de l’Arc de Triomphe takes place, this 1m6f circuit is the most famous of all the Longchamp tracks. The 1m4f start lies in a short spur just off the Petit Piste course and crosses that track twice before entering its own back straight, which then leads into a very long and sweeping bend. This bend slowly decreases and straightens out almost completely as the runners enter what is known as the “false straight”. This then turns slightly to re-join the Petite Piste course and enter the home straight proper.

Be wary of inexperienced jockeys around here, as it isn’t that unusual for a rider unfamiliar with the track to begin riding a finish in the false straight – with predictably disappointing consequences.

Boasting a circumference of 1m2½ the Petite Piste is the baby of the three oval circuits, and features more straightforward dimensions. It is very similar in layout to the type of oval track so prevalent in US racing. But this again features a significant climb in the back section of the track.

The “New Track”, which extends for a distance of seven furlongs, begins at a point furthest away from the stands, and beyond the long sweeping turn of the Grande Piste course. Initially running straight, it then joins this bend at its midpoint before turning to take in both the false straight and the home straight proper.

And finally, we have the Ligne Droit sprint track, home of the much-coveted Prix de l’Abbaye which is held on the same day as the Prix de l’Arc de Triomphe. Beginning via a short spur off the bend of the Grande Piste course, the runners cross the Grande Piste, Nouveau Piste and Moyenne Piste tracks before running straight into the back stretch of the Petit Piste. They end up essentially running the “wrong way” to the track’s winning post.

As with many oval or turning courses, those drawn towards the inside rail would logically have an advantage, due to being able to obtain a prominent early position more easily than those drawn wide. And that theory does tend to hold true at Longchamp. Taking the Prix de l’Arc de Triomphe as an example, 20 of the past 25 winners have emerged from stalls 1 to 7. This bias is particularly pronounced on good or quicker going – and significantly less so when the ground is on the soft side.

Mikael Barzelona and Pierre-Charles Boudot have been the men to follow in the saddle, with the riders rewarding supporters with level stakes net wins of around £30 and £44 respectively across the past few seasons.

Amongst the trainers, Alain de Royer-Dupré and Francis-Henri Graffard are the only men to boast a strike rate of better than 20% over recent campaigns. This has been enough to register a small level stakes net win of £2 for Royer-Dupré, and almost £10 for Graffard. In the big race of the Prix de l’Arc de Triomphe it is legendary French trainer Andre Fabre who is the man to have onside. The multiple French Champion trainer’s eight previous wins in Europe’s biggest race put him out in front in the all-time trainer’s table.