Situated in one of the real heartlands of Irish racing, the County Kildare track of Naas has been staging meetings since back in 1924. A dual-purpose venue, the course lies only 18 miles to the south-west of Dublin, and just a stone’s throw from the vibrant town of Naas itself. Given that prime location, it is no surprise that the course has grown to be one of the most well facilitated and popular courses in this racing mad nation.

Laying on meetings all throughout the year, Naas holds a total of 18 fixtures, with the National Hunt action keeping fans entertained during the winter months, before the flat takes over in the summer. The quality of the action has been at a pretty high standard for some time now, but 2015 was something of a landmark year, as Naas staged the first Grade 1 race in its history in the shape of the Lawlor’s of Naas Novice Hurdle. The Group 3 Blue Wind Stakes acts as the highlight of the flat season.

Both the flat and National Hunt events take place on the same left-handed track at Naas. Close to 1m4f in circumference, and broadly oval in nature, the track essentially features short straight and gentle turning sections leading from the home straight out into the country, with one long straight bringing the runners back towards home before they turn into the four furlong home straight itself.

In addition to being long, this final section of the track also inclines steadily, providing a really stiff finish to events under both codes. The course does feature minor undulations throughout, but this feature has been reduced significantly thanks to extensive levelling works to flatten out the ridges in the first three furlongs of the home straight.

Another thing to note at Naas is the fact that the track appears to drain unevenly, with the portion of the course leading from the winning post to the seven furlong start regularly riding significantly slower than the rest of the track. In heavy conditions, it can become extremely testing on this back section of the track.

As with many testing tracks, a good judgement of pace is essential at Naas in order to maintain sufficient reserves for that testing finishing section. And, as ever, there are those jockeys who appear to have mastered the art better than others. Looking at the results for recent seasons Rachael Blackmore leads the way over jumps with a strike rate of 19% and a net win of £28.25 to £1 level stakes, with Seamie Heffernan (14%, £25.44) faring best on the flat. No standout names amongst the flat trainers, but one of Rachael Blackmore’s chief partners in crime, Henry De Bromhead (18%, £10.40) has been the man to follow in the National Hunt sphere.

Naas has a reputation as being a tough track for the punters. However, that assessment isn’t really backed up by the results as there have been a few routes to a net win for favourite backers. Supporting the market leader in all National Hunt handicap over the past few seasons would have yielded a 32% win rate and a net win of £5.73 to £1 level stakes, whilst on the flat, both 3yo handicaps (30%, £1.39) and 4yo+ non-handicaps (44%, £7.25) have edged supporters of the market leader into the black. 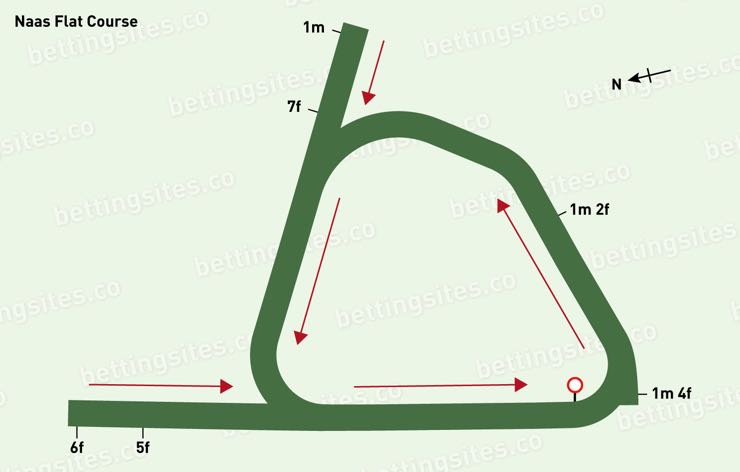 In addition to the main oval course, the flat track also features two spurs. The first, and shorter of these, leads into the straight which runs back towards the stands and features the one mile starting point. Five furlongs and six furlongs events then begin in the second of the chutes which runs directly into the home straight, thus providing a straight course for runners competing over sprint distances.

Generally considered to be a pretty fair track, hard-luck stories are rare at this venue. Long-striding gallopers are well suited to the layout, whilst front runners do particularly well over five furlongs, seven furlongs and 1m4f. Whatever the distance, one of the key factors to look for is a proven ability to stay the trip, as that long run to the line can often take its toll close home.

Low numbers hold a slight edge in events over 1m2f and 1m4f due to the fact that a bend comes up very soon after the start over both distances. In contests over seven furlongs and a mile the edge enjoyed by the low drawn runners all but disappears, as the contenders are afforded plenty of time to gain a position prior to taking the turn into the home straight.

Turning to the sprint course, any bias is heavily dependent on the ground. In soft or worse conditions the field tends to tack over towards the stands rail, handing the advantage to those drawn high, whilst on all other going it is the low drawn runners who have historically held the edge. 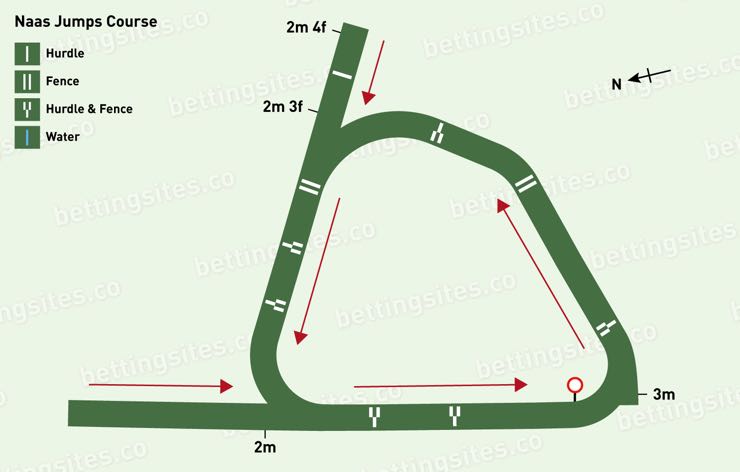 Both chase and hurdle events take place on the same track as the flat course, with the chase events utilising the outer section of the track and the hurdles being run on the inner. As such the hurdles course is ever so slightly sharper than the chase track, but not enough to make any discernible difference to the type of runner favoured.

Runners tackling the chase track face eight fences per circuit, including two open ditches, with the final two obstacles coming in the home straight, prior to a run-in of just over a furlong to the line. The fences themselves are stiff but fair, with the track generally seeing the lowest number of fallers as a proportion of runners in the whole of Irish racing.

Be it over hurdles or fences, the National Hunt course favours long-striding gallopers who are able to stay the trip strongly. There is also a definite bias towards those who like to race prominently, not necessarily leading, but at least up there with the pacesetters. Hold-up runners boast a very poor record around here.