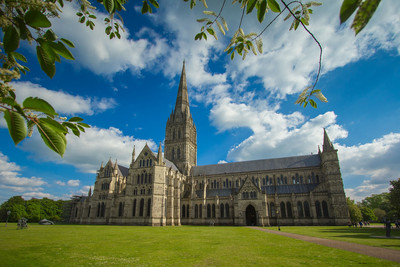 Britain boasts a wide variety of racecourses, spread over the length and breadth of the country, ranging from centuries-old tracks to much newer venues such as Ffos Las and Chelmsford City. There is no doubt where Salisbury sits on this spectrum, with the South West course falling firmly into the historic category – holding its first meeting way back in 1584. Still staging a race in the City Bowl which made its debut in 1654, and with even the “newer” round section of the course closing in on its 300th birthday, this excellent track is one of the real fixtures of the British racing scene.

Much of Salisbury’s longevity no doubt has something to do with its prime location – lying within 30 miles of the urban hubs of Southampton and Bournemouth and amid several southern training centres. Sited on the largest area of downland in Britain, the track lies only eight miles from the prime tourist attraction of Stone Henge, with the nearby Salisbury Cathedral contributing to a spectacular backdrop. All in all, this is a track that is well worth a visit. 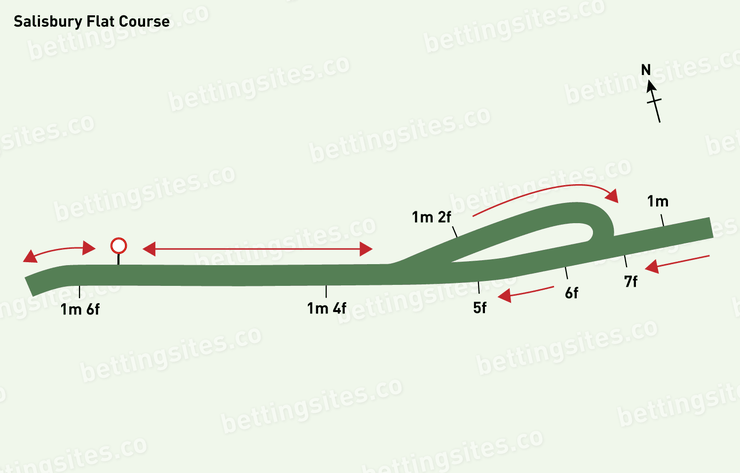 Salisbury enjoys one of the more unusual layouts in Britain, with the track consisting of a long, slightly kinked straight section, and a short loop that leaves and then re-joins the track. Runners tackling the longest distance of 1m6f start at a point just beyond the winning post and initially run downhill as they head the “wrong way” down the home straight, passing the 1m4f start before then turning left-handed into the loop.

This section of the track initially runs fairly straight but soon begins to turn very sharply right-handed to turn the runners back in the direction from which they came. Re-entering the straight course at around the six and a half furlong mark, the field then faces a punishingly long and uphill run back up the straight to the winning post.

In addition to the loop course, Salisbury features a two furlong extension at the beginning of the straight, meaning that all events at up to a mile can take place on a straight track, and so avoid the loop section entirely. It should be noted that the word “straight” is used only loosely here as the track features a fairly significant right-handed elbow close to the five furlong mark. Runners competing over the full mile of the straight face ground which rises steadily for the first two furlongs, levels off for around a furlong, and then climbs again all the way to the line. One of the stiffest straight tracks in the country, by the time the runners reach the winning post they will be fully 76ft higher than the point from which they set off.

Overall Salisbury is viewed as being a testing but fair track, and one which is well suited to the more galloping type of performer. An ability to stay the trip is the number one prerequisite for success on the straight course, and punters should be wary of any runners with even slight doubts in the stamina department.

In contests over longer distances, the runners have the additional challenge of that very tight turn around the loop, which can unbalance less agile performers. The severity of this turning section also acts to steady the pace, handing an advantage to prominent racers who can get a breather around the turn before kicking again once into the straight. That said, it’s still a long way from home coming up that hill, giving those looking to come with a late flourish plenty of time to organise their mounts.

It is generally thought that those drawn low are at a disadvantage on the straight course, and whilst this is borne out by the stats, the overall edge is only relatively slight. Looking at the results of the 626 contests run on the straight course between 2011 and 2021, we find win percentages of 10.3% for low, 11.9% for middle and 11.9% for high. Digging a little further into the stats though, there are a couple of situations in which it definitely does pay to be drawn high, namely on soft ground (9.3% low, 11.9% middle, 13% high), and most significantly in the five furlong events (8.9% low, 11.5% middle, 17.7% high).

This can be a very tricky track for the jockeys. Correct judgement of pace is crucial to success given that unrelenting finish, whilst poor positioning around the bend can all but end a runner’s chances. Given those demands, any rider with a solid previous record at the track is always worth a second look, and as ever there are a few names who stand out from the crowd. Looking at the recent seasons it is Oisin Murphy who leads the way, both in terms of strike rate (24%) and a net win to £1 level stakes (+£26.81). Hector Crouch (20%, +£17.01) and David Probert (13%, +£17.92), are the other riders to have returned a net win, whilst Mick Channon (15%, +£14.87) and Clive Cox (20%, +£9.79) have fared best amongst the trainers.

A tricky track for the riders, and a tricky one for the favourite backers too, with the 3yo non-handicap events (46%, +£2.32) being the only race category to have returned a level stakes net win to supporters of the market leader. 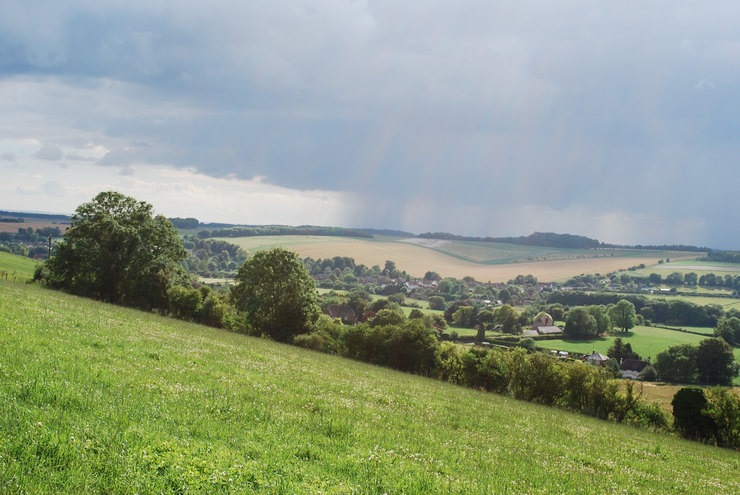 A flat racing-only venue, Salisbury has attracted many of the biggest names in the game over the years. Lester Piggott made his debut here as a 12 year old apprentice back in 1948, whilst US star Steve Cauthen enjoyed his first British ride at the track in 1979. And in terms of the equine talent on show, the likes of Eclipse, Gimcrack, Brigadier Gerard and Mill Reef feature on a star-studded list of previous course winners.

These days Salisbury perhaps doesn’t enjoy quite the same kind of profile as in years gone by, but it can nevertheless be counted upon to provide above-average racing fare. This is particularly true of the two year old division, with many of the top trainers viewing the track as an ideal place to test their more promising juveniles.

Operating in line with the main British flat campaign, Salisbury stages around 15 fixtures per season, all of which take place between April and mid-October. The Wiltshire track boasts a total of four races at Listed level or above, with the big highlights being the Group 3 double act of the Sovereign Stakes and Dick Poole Fillies Stakes.