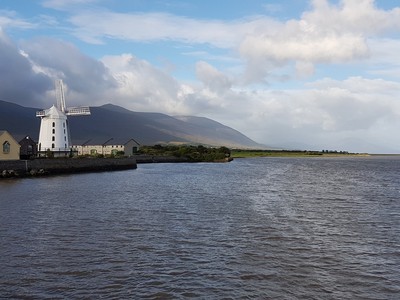 Some huge names in the sport cut their teeth at Tralee Racecourse. Dawn Run, trained by the late, great, Paddy Mullins won her first race when competing at Tralee in 1982 when she was ridden by her then 62-year-old owner Charmian Hill. Dawn Run went on to win a string of top class hurdles including the Champion Hurdle in 1984 before winning the Cheltenham Gold Cup in 1986, the only horse in history to win both races.

The hero of the 2003 Grand National, Monty’s Pass, won the 2001 Denny Gold Medal at Tralee with Barry Geraghty on board for both occasions.

As one of the world’s best flat trainers, Aidan O’Brien has won everything from the Epsom Derby to the Prix de l’Arc de Triomphe. He began his career at Tralee, winning the 7f Ballybeggan Racegoers Club Handicap with 5/2 favourite Wandering Thoughts on his first meeting with a training licence.

With attendances declining in the early 2000’s and the Irish economy then booming, shareholders at the track accepted a lucrative €40 million offer from developers to purchase the site. The last meeting held before closure was a jumps fixture on Wednesday 1st October 2008.