Newmarket’s excellent Guineas meeting moves into its second day on the Sunday, with the cracking card being headlined by this top-class contest for the fillies and the second Classic of the season, the 1000 Guineas.

Bestowing both glory on the day, and immense breeding value when looking to the future, this is the early season contest which trainers, owners and jockeys alike all want to win.

The first 1000 Guineas was in 1814, five years after the creation of the 2000 Guineas. The winner in 1814 was a horse called Charlotte who was the favourite for the ten runner race despite the Guineas being her first official race.

The 1m 1000 Guineas is run on the home straight of the Rowley Course at Newmarket. Although this is a straight dash, horses will move to the near or far rails, with some runners tracking down the centre of the course, depending on the going under foot.

About the 1000 Guineas: The Fillies Mile Classic 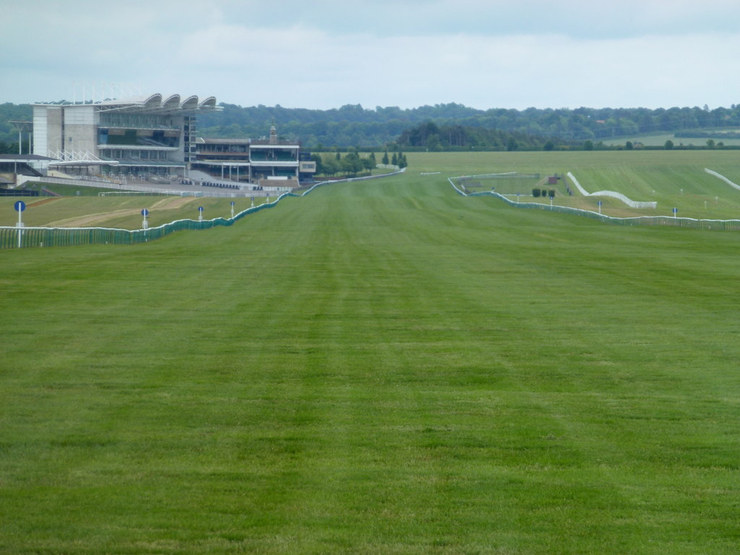 The 1000 Guineas is one of the most historic and storied events in British sport. This Group 1 is the second of the five British Classics of the Flat racing season taking place every year normally in either late April or early May.

As with all of the Classics, the 1000 Guineas is open only to three-year-olds but, like the Oaks, only fillies are allowed to compete. Racing fans revel in the history of the 1000 Guineas but it’s not all about looking back to the past. It still attracts many of the very best fillies in training and the attention of every Flat racing punter.

An Historic Race Worth its Prestigious Place in Racing 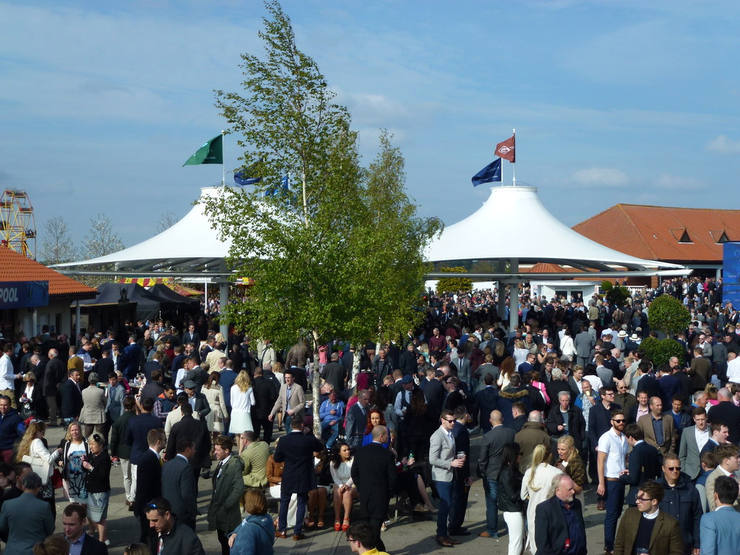 The competing trainers and jockeys in the 1000 Guineas feel the weight of over 200 years of history bearing down on them. The very first edition of the race was held in 1814 which makes it just five years younger than the 2000 Guineas which is also still going strong. The race, which was established by the Jockey Club, got its name from the initial prize purse.

Things have changed considerably during those 200 years, most notably the purse which stood at a cool half a million pounds as of 2022. This was reduced by half to £250,000 in 2020 and rose to £375,000 in 2021. One thing that’s remained the same is the distance over which the 1000 Guineas is held. It’s always been run over 1 mile and takes place on the Rowley Mile at Newmarket, HQ of British Flat racing.

It didn’t take long following its establishment for the 1000 Guineas to become one of the most prestigious Flat races in Britain. Its growth was fuelled by the calibre of horses taking part, the race’s lofty position in the spring social scene and the development of the Fillies’ Triple Crown, of which the 1000 Guineas forms one third alongside the Oaks and the St Leger.

In total, nine horses have completed the Fillies’ Triple Crown. The most recent of these was Oh So Sharp who achieved the feat in 1985. It would be no great surprise if no other filly goes on to replicate Oh So Sharp. Horse racing is an ever changing sport and there has been a real move towards specialism in more recent years.

It’s very tough for a three-year-old to have the combination of pace and stamina required to win at 1m, 1m4f and 1m6½f and it’s becoming increasingly rare for connections to even enter their leading horses in all three legs of the Triple Crown. Most recent winners of the 1000 Guineas already had winning form over 1m but being bred to get even longer trips is not a necessity.

Another reason why completion of the Triple Crown is so difficult is the number of relatively unfancied runners to have won the 1000 Guineas in recent years. Billesdon Brook went in at 66/1 in 2018 which is the biggest starting price of any winner but plenty of others have won at 10/1 or longer in recent times. 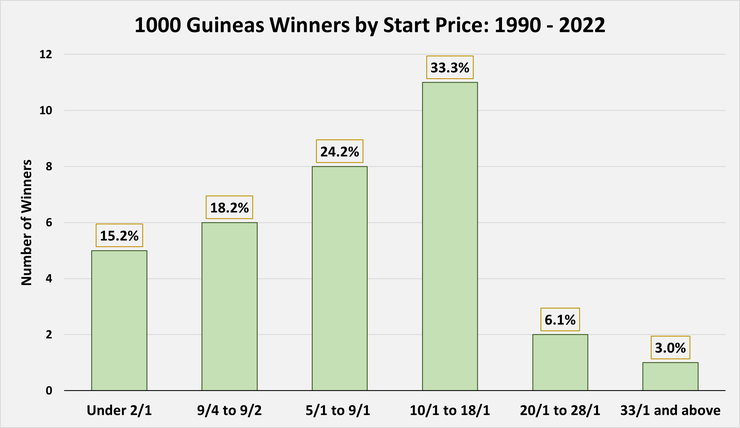 Billesdon Brook’s win is an interesting one in that it shows that shock wins may not be the flukes they appear to be on first viewing. She was followed home by some very high class fillies each of whom had plenty of support in the betting and simply made the most of the firm conditions found at Newmarket to utilise her pace. Three-year-old fillies are not a homogenous group and some, like Billesdon Brook, can find significant improvement in a flash, especially with a little luck in running and favourable conditions.

To Race or Not to Race?

The other thing to note about the 2018 race is that Billesdon Brook had actually shown signs of improvement on her seasonal reappearance over 7 furlongs also at Newmarket. Analysts suggested that even more improvement was possible even if few believed she was a Guineas horse.

That run clearly helped but many leading contenders for the race come into it having not had a run since their two-year-old season. Trainers will consider that choice very carefully – do they give their 1000 Guineas prospects a run before the race? Those who do will often take in a contest like the Group 3 Nell Gwyn Stakes which Billesdon Brook placed fourth in or one of the recognised trials such as the one that takes place at Leopardstown. 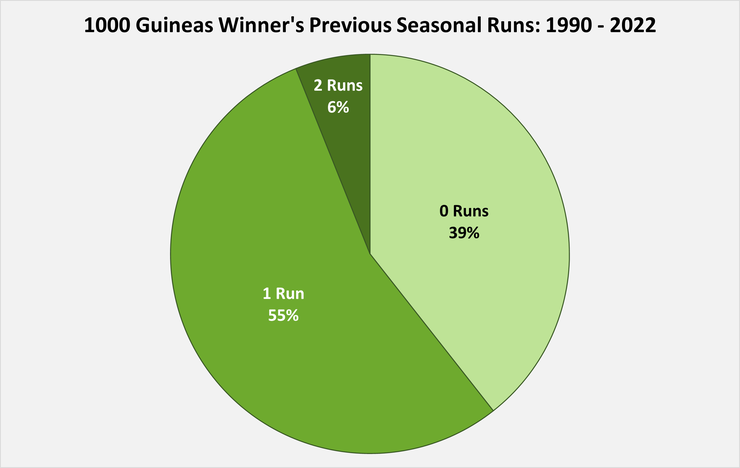 Other trainers rely more heavily on the work their fillies do away from the track and did as two-year-olds. There are several juvenile races to make a note of from the season before but perhaps the most instructive are those held at Newmarket. Previous course form is a trend that’s growing in importance with recent winners coming via either the Cheveley Park Stakes, Oh So Sharp Stakes or the Fillies’ Mile.

It is tough for punters to come to a conclusion about whether to favour horses who have run as three-year-olds or not. The 11 winners from 2009 to 2019 had their last run anywhere between seven and 205 days prior to the 1000 Guineas so it really does come down to what trainers believe is best for the needs of their individual horses.

Due to the enforced break in racing, 2020 winner Love had a gap of 240 days between running in the 2019 bet365 Fillies’ Mile in October and the 1000 Guineas the following June. The 2021 winner Mother Earth had 177 days between finishing second in the Breeders’ Cup Juvenile Fillies Turf and her win at Newmarket.

The 2022 winner Cachet bucked this recent trend, running in and winning the Nell Gwyn Stakes at Newmarket just 19 days before victory in the Guineas.

A Battle of the Best Trainers

The 1000 Guineas is not a race which any one trainer or ownership group has been able to dominate making things even more difficult for punters. We’ve already seen that there is a great variety in terms of the price and previous form of winners over the last 30 years or so and that variety is present in the list of victorious trainers.

As is par for the course with top class Flat racing, Aidan O’Brien has had great success in the 1000 Guineas. Virginia Waters brought him his first success in 2005 and Mother Earth his seventh in 2021 but he has not had the stranglehold on this race that he’s used to in many others. The leading trainer is Robert Robson who had nine winners between 1818 and 1827. It would be no surprise if that record stands forever, although O’Brien will think he has an decent chance of getting up to that sensational mark.

Some have gone as far as to suggest that leading trainers such as O’Brien and their owners don’t target the Classics in the same was as years gone by. The validity of that argument is lessened somewhat by the presence of Richard Hannons Snr and Jr, Andre Fabre, Jim Bolger, Mark Johnson, Saeed bin Suroor and Sir Michael Stoute alongside many other powerful and successful trainers in the winners’ list since the turn of the century.