For many flat racing fans, Newmarket’s Guineas meeting, usually held at the beginning of May, is what they have been waiting for all winter. The season may have officially started before this but it moves full throttle into top gear with the opening Classic contest of the season, the 2000 Guineas.

The race was inaugurated over 200 years ago in 1809 and is named after the original prize money, where one Guinea was worth 21 Shillings.

For some horses this will be their first run of the season leaving many to look for pointers from the big two-year-old trials for this which include the Dewhurst Stakes, also run at Newmarket, and Doncaster’s Vertem Futurity Trophy.

The 2000 Guineas is run entirely on the home straight of Newmarket's Rowley Mile course. As you watch from the main grandstands or on TV, horses will travel from right to left.

About the 2000 Guineas: The Mile Classic 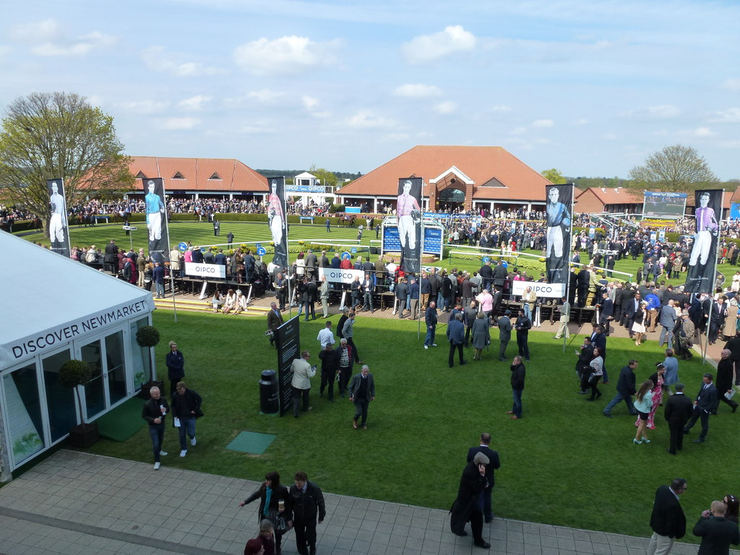 Flat racing is in rude health by pretty much every standard. The sport’s powers that be are always looking towards the future to try and continue its growth with the addition of new funding and races but a key strength of Flat racing is its history.

There are few more historic races in the sport than the 2000 Guineas. It’s the first of the five British Classics and was first run way, way back in 1809. As with all five Classics, the 2000 Guineas is open only to three-year-olds and is technically open to both colts and fillies but it’s incredibly rare for fillies to run in this contest rather than the 1000 Guineas which takes place the following day.

Both the 2000 and 1000 Guineas are usually held in either the end of April or start of May at Newmarket. They also both take place over 1m and as of 2022 both had an impressive and lucrative total prize fund of £500,000.

Throughout the history of Flat racing the mark of the very best horses was completing the Triple Crown. For colts the Triple Crown begins with the 2000 Guineas before moving onto the Derby and the St Leger. Saxon Warrior’s win in the 2018 race showed that there is still a great appetite for the Triple Crown as he was bred for longer trips but got the job done over 1m and his subsequent defeat in the Derby was highly disappointing. 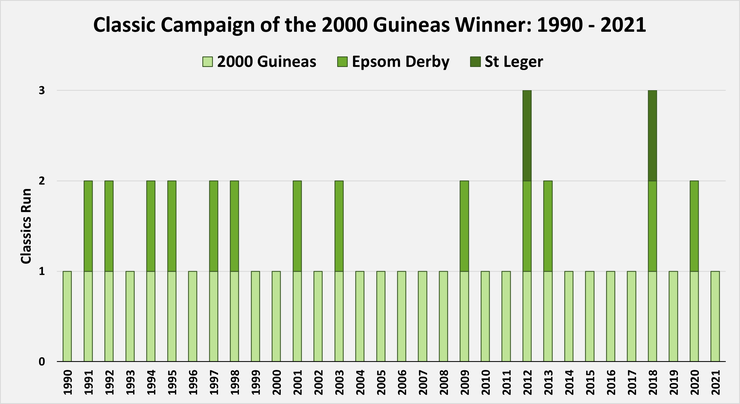 That disappointment reflected the feeling that we may never see another horse complete the Triple Crown. The 2000 Guineas is following the general trend of specialism in Flat racing. Horses are increasingly being targeted specifically for this and other big races over 1m and few trainers now regard this as a step towards the other Classics. Indeed, it is now extremely rare to see a horse even enter all three legs, let alone manage to win them.

The understandable lack of horses who even attempt the Triple Crown now does not necessarily detract from the 2000 Guineas. Yes, those three-year-olds who have won three Classics deserve their place in history but horse racing moves on. The 2000 Guineas is still a race which produces horses who go on to have even bigger success with the likes of Churchill, Camelot, Frankel and Sea The Stars all winning since 2009.

Camelot and Sea The Stars both went on to win the Derby but the one thing those four all had in common is high class juvenile form. In fact, that is almost a prerequisite for success in the 2000 Guineas. The majority of recent winners had already won at the Group level during their two-year-old season with many claiming success at the top level.

In terms of the individual juvenile races, punters should keep an eye on the Dewhurst Stakes which is run over 7f at the same course as the 2000 Guineas, the Rowley Mile at Newmarket. It also carries a massive purse of half a million pounds so attracts entries from high class prospects and has been won in recent years by Churchill, Dawn Approach and arguably the best of them all, Frankel, before their Guineas success.

Connections took Camelot on a different route as a two-year-old. He won the Vertem Futurity Trophy (formerly the Racing Post Trophy) at Doncaster. That Group 1, 1m race has produced several 2000 Guineas hopefuls but between the race’s inauguration in 1961 it has only produced five 2000 Guineas winners. That said, with Camelot, Saxon Warrior, Magna Grecia and Kameko, 4 out of the last 11 Futurity Stakes winners have gone on to win both races, a strike rate of 37%.

When Frankel turned up to Newmarket for the 2000 Guineas in 2011 everybody in racing knew that he was a special horse. Nobody could have predicted the dominant nature of his win but he was sent off at 1/2 with the bookies so his win was entirely predictable.

Frankel’s win was the first in a run of three consecutive favourites to win the 2000 Guineas. Gleneagles and Churchill also rewarded favourite backers in 2015 and 2017 whilst Saxon Warrior was second favourite in 2018.

Clearly the market often has a good handle on the 2000 Guineas but that is not always the case. In the 11 races that preceded Saxon Warrior’s win there were five winners at double figure odds including Makfi at 33/1 and Night Of Thunder at 40/1.

Analysing the prices of winners doesn’t provide any strong trends and the same is true of previous course form with many horses claiming the 2000 Guineas on their Newmarket debut. Similarly, a previous victory over 1m is not a requirement providing the horse had high class form over 7f whilst a juvenile.

As mentioned already, the 2000 Guineas has well over 200 years of history. The fact that Aidan O’Brien is the most successful trainer in the race’s history having claimed his first win in 1998 shows just how dominant he’s been recently.

Magna Grecia was the tenth horse trained by O’Brien to win the 2000 Guineas. John Magnier and his wife Sue have been involved in the ownership of all ten of those winners alongside other notable owners including Sir Alex Ferguson and Michael Tabor. O’Brien’s success has greatly helped the record of Irish-trained horses who have had the better of those trained in Britain in recent years.

O’Brien has partnered with six different jockeys over those wins including his sons Donnacha and Joseph, regular partner Ryan Moore and Kieren Fallon as well. Each of those top notch jockeys has won multiple huge races but it’s highly unlikely they or anybody else in the weight room of Newmarket in future will catch the record of nine wins set by Jem Robinson between 1825 and 1848.