Possibly the classiest race of the entire Grand National meeting takes centre stage on the opening day. Run over a trip in line with that of the King George and Cheltenham Gold Cup, the Aintree Bowl – dubbed the Betway Bowl for sponsorship reasons – generally attracts a similar calibre of field to those key races.

Run for the first time in 1984, the original idea behind this race was for it to act as a consolation event for horses beaten, or unable to compete in the Gold Cup.

About the Aintree Bowl: A High-Class Encounter

Racing fans don’t have long to wait before seeing top class chasers face off against each other. The Grade 1 Aintree Bowl takes place on the first day of the Grand National Festival and always features a smattering of big name horses from powerful yards to wow the crowds.

No Longer Simply a Consolation Prize

The Aintree Bowl has been run under any number of names over the years. It’s currently known as the Betway Bowl after that betting company took over sponsorship in 2017 but has previously been sponsored by Betfred, Betfair, Totesport, Martell, Whitbread and the initial sponsors, Perrier-Jouët. You may notice something of a trend there!

When introduced in 1984 as the Perrier-Jouët Champagne Cup the idea for the race was to provide a high calibre contest for horses who could not get a place in the Cheltenham Gold Cup. It quickly became clear that this was an excellent addition to the schedule.

Wayward Lad had already claimed several major honours including the King George VI Chase before his Aintree Bowl wins in 1985 and 1987, whilst Desert Orchid’s win in 1988 was a precursor of things to come as he won the Cheltenham Gold Cup the following season.

Wayward Lad and Desert Orchid set the standards of the Aintree Bowl early doors. In subsequent years the mantel was picked up by the likes of Barton Bank, Silviniaco Conti and Cue Card. That popular trio all delighted racing fans by winning the Aintree Bowl (under various names) having failed to win the Gold Cup in the same season.

That leading contenders from the Gold Cup are going on to win the Aintree Bowl proves the upward curve that the race has been on. It was awarded Grade 1 status in 2010 and has since been won by Might Bite who came second in the Gold Cup just a month earlier. No horse has ever completed the double, however.

Combination of Stamina and Pace Key at Aintree

That the Grand National Festival takes place in April each year adds another layer of difficulty for ante post punters. It is notoriously difficult to predict the weather during British spring time and just a couple of days of rain can have a significant impact on conditions underfoot especially if it’s been a wet winter. 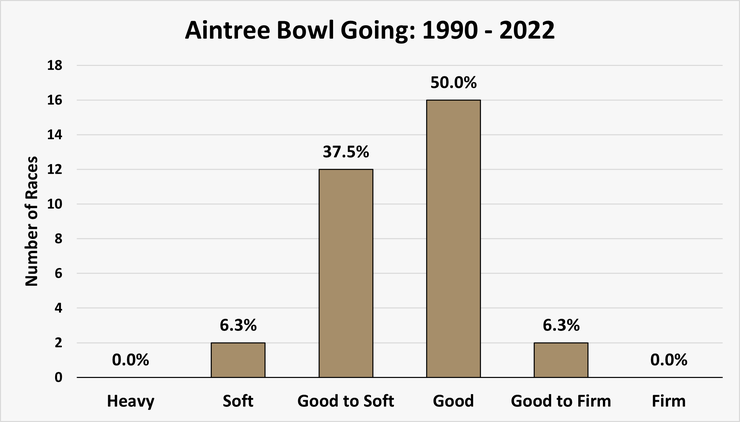 The challenge of the Aintree Bowl changes subject to the going but at 3 miles 1 furlong and with 19 fences to jump it is vital only to back horses who have proven their stamina reserves. It’s also not the sort of race horses can come into cold. Having a run within at least the last 40 days is almost a necessity, as is a certain amount of experience as it’s rare for an Aintree Bowl winner to have had fewer than 10 starts and four wins in their chasing career.

The Aintree Bowl is run on the Mildmay Course at Aintree. That means that the horses are spared the challenge of clearing the famous Grand National fences but jumping remains an important attribute on the Mildmay as it is a fairly fast track and many horses have been caught out by the speed at which they must navigate the fences. 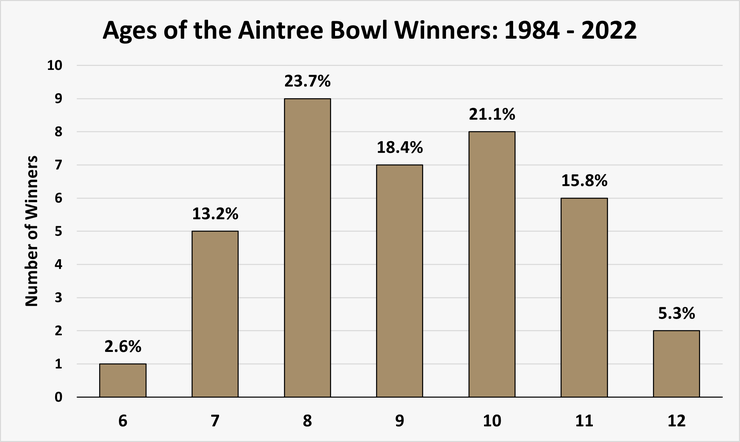 Unlike many races of the same calibre, age is not a key stat for the Aintree Bowl. It has been won by younger horses on the way up, those at the peak of their powers and those who are landing one last big win.