The Grade 1 Aintree Hurdle is one of the highlight contests of the opening day of the Grand National Festival. The stature of the race is matched by its large purse which stands at lucrative £250,000.

Often this race features the winner of the Champion Hurdle, with Buveur D’Air in 2017 and Annie Power in 2016 the latest to complete a famous same season double.

About the Aintree Hurdle: The Festival’s Feature Hurdle 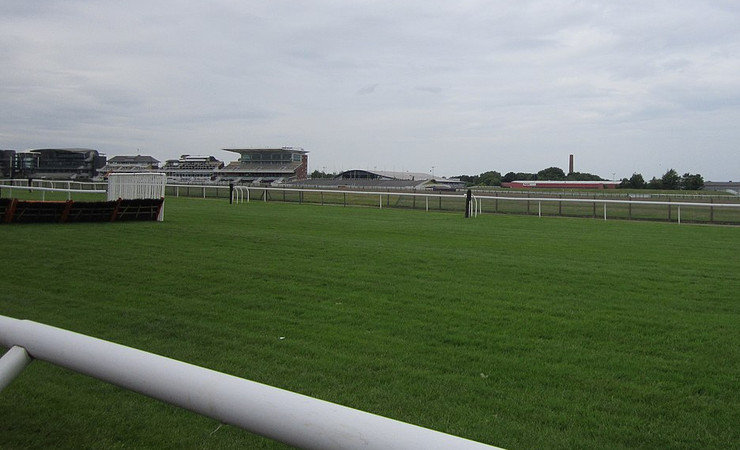 Aintree Racecourse is known the world over as the home of the Grand National. Not as many people know that the Grand National is just one part of a three day festival of the same name. The meeting begins with Grand National Thursday, which is headlined by the race we’re looking at here, the Aintree Hurdle.

Big Names for a Big Race

The Aintree Hurdle was introduced to the Grand National Festival in 1976. It’s always been open to horses aged four and older but has changed slightly since that first renewal. For the first 12 years the Aintree Hurdle was run over a distance of 2m5½f before being cut by 1½f to the current distance in 1988.

It was an instant hit back in 1976. The first renewal was won by two-time Champion Hurdle victor, Comedy Of Errors. He set the early standard in terms of the calibre of horse to win the Aintree Hurdle and the same can be said of his trainer, Fred Rimell. 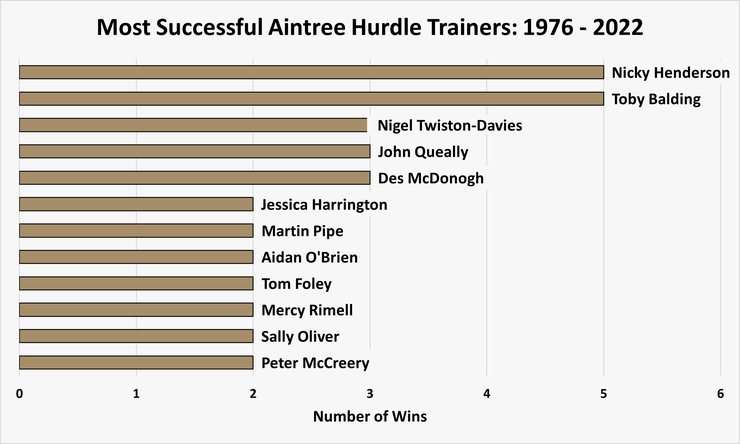 The much respected Rimell’s yard was taken over by his wife Mercy when he passed away in 1981, winning this race on two occasions in 1983 and 1988. She has since been joined by the likes of Toby Balding, Nigel Twiston-Davies and Nicky Henderson as a multiple winners of the Aintree Hurdle.

Fred Rimell was also a top class jockey and top class jockeys are very much the order of the day with this race. Dessie Hughes, Richard Dunwoody, Charlie Swan, Ruby Walsh, Anthony McCoy and Barry Geraghty have all landed this one a number of times, with Walsh out on his own with a record five wins as of 2022. 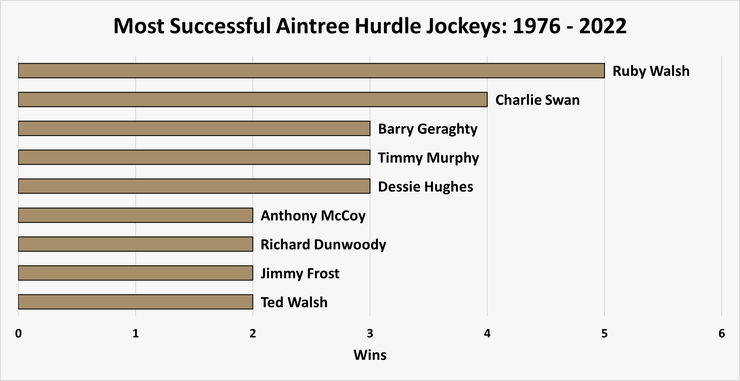 Next Step for Champion Hurdle Contenders

There is a difference of three and a half furlongs between the Champion Hurdle and the Aintree Hurdle. Nevertheless, the two races are comparative in terms of prestige and both carry huge prize funds so many of the leading challengers from the big hurdle race at the Cheltenham Festival go on to compete in the Aintree Hurdle.

That step up in distance and the slightly firmer ground that is often found at Aintree later in the year means that winning both races is very difficult, at least in the same season. It’s interesting to note that a number of horses have won the Aintree Hurdle a year or two after their success at Cheltenham. Whether that reflects horses maturing and being able to get longer trips or simply that Aintree is a tough track to win at, punters should bear in mind that a previous failure in the Aintree Hurdle from a top class performer is not necessarily fatal to their chance of winning future renewals.

On the flip side, some horses take an instant liking to Aintree which has provided several multiple winners of the Aintree Hurdle. Morley Street is the race’s undisputed king with four wins added to his single Champion Hurdle win in 1991.

The Aintree Hurdle is always a fascinating betting heat thanks to the number of storylines going into the race. That challenges punters not to allow themselves to get bogged down by detail that doesn’t help to find a winner.

We’ve already seen that top calibre winners are very much the order of the day for this Grade 1. That’s reflected in the betting where winners come almost exclusively from the top three in the market.

That said, favourites don’t always have a great record, perhaps because many of them haven’t contested 20 furlongs before which is an important trend to consider. 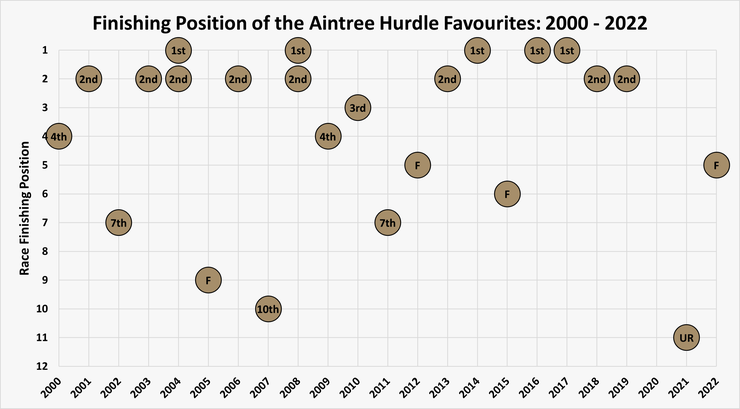 Horses between six and eight are right in the sweet spot in terms of age. Aintree Hurdle winners tend to be on the way up but still require a certain amount of experience. Specifically, at least one attempt at 20 furlongs is a plus, as is a run at Aintree and previous Grade 1 success.