The seventh and final race at Lingfield on Good Friday is the All-Weather Mile Championships. As the name suggests, this is run over a distance of eight furlongs.

The most successful former winner of this race is 2017 Champion Sovereign Debt. The popular Ruth Carr trained grey went on to win the Group 2 bet365 Mile at Sandown and the Group 3 Diomed Stakes at Epsom to compete a £200k hat-trick of wins following victory at Lingfield.

Over £93k is available to the winner of the Class 2 Conditions Stakes over a distance of a mile.

About the All-Weather Mile Championships 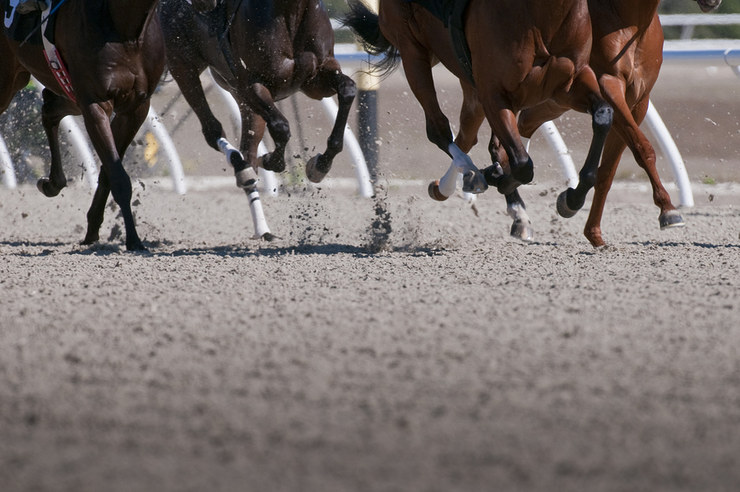 The All-Weather Mile Championship race is one of the seven contests run at Lingfield Racing Park as part of All-Weather Championships Final Day and takes place on Good Friday.

The races are the culmination of the highly contested Championship which is run across the all-weather season from the preceding October to March. The idea was first conceptualised in 2013 by the Arena Racing Company as a way to maintain interest in the sport over the winter months and add a little more prestige to racing on the artificial surfaces. The reasoning behind this is that a lot of horses, especially in the north, would take a break and fans were also less inclined to turn up at the track.

There are several racecourses which are all-weather, including the likes of Kempton Park, Lingfield and Wolverhampton, and the addition of an artificial surface at Newcastle has bolstered the ARC’s efforts to keep the sport alive over the winter period even further.

As of the 2019-20 season, the following courses are used for qualifying races for the Championship. All are owned by ARC, aside from Kempton Park, which is a Jockey Club track and Chelmsford which is independently owned.

In addition to those courses, Fast-Track Qualifiers (of which more below) are also run at Dundalk in the north of the Republic of Ireland, as well as three French courses, Chantilly, Deauville and Cagnes-Sur-Mer, with some eligible contests also taking place at Dubai’s Meydan on the dirt.

The journey to the starting line of this race on Finals Day is not a straightforward one. In order to qualify the entrants must race at least three times on an all-weather track, either in the UK, Ireland, France or Dubai (maximum of one run counts) over the winter season. All while maintaining a high enough rating to enter. From these results a leaderboard is created, with the top horses making the cut.

There is however, an alternative in the form of four fast Track Qualifiers where the winners automatically get entered into the starting line-up without needing to fulfil the other criteria. In the 2019-20 season these races took place at Kempton, Cagnes-Sur-Mer, Newcastle and Wolverhampton.

As this event is the pinnacle of the all-weather season, it is just fitting that the money on offer is substantial. Substantial to the tune of £1m which is on offer over the course of the entire day. £150,000 is also up for grabs for the One Mile Championship, enough to lure the best of the best within the world of horse racing, as can be seen by the lists of winning horses and trainers over the years.

When looking at the previous winners there are things worth considering, and other factors which maybe are not. The race and indeed the series are relatively new to the schedule, so there isn’t all that much to go on but if you are a fan of trends they are certainly a starting point.

For example when looking at the starting price for each of the winners it is extremely variable. 2018 saw a 40/1 winner and the following year the first past the post went off at just 2/1. This “un-trend” holds for earlier races too, so it seems the odds are no major guide to what can happen here.

However, when looking at the official ratings of the horses there appears to be a trend with lower rated horses having taken the honours more than one might expect. In fact, 66% of winners have had ratings of 103 and under, an interesting stat as shown by the chart below, and one that suggests an improving horse is the way to go here. 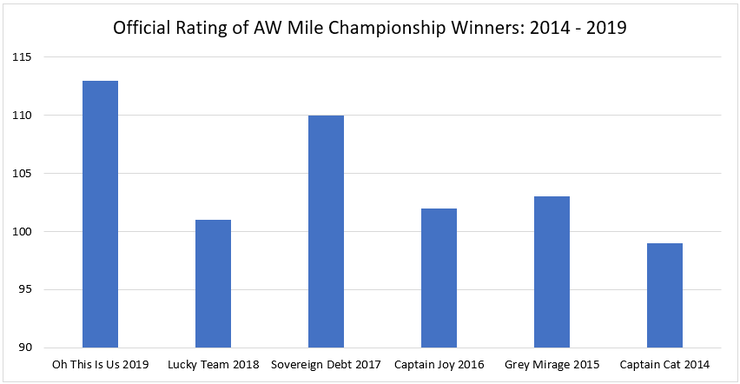