As is now becoming tradition, Good Friday sees the culmination of the year’s All-Weather Championships series.

There is an excellent seven race card to look forward to as the stars of the all-weather season lock horns at Newcastle after previously being held at Lingfield Park between 2014 and 2021. Often the pick of the bunch for us is the Sprint Championship.

Richard Fahey has proven to be a trainer worth considering for this race with three wins out of the first four runnings of the All Weather Sprint.

About the All-Weather Sprint Championships: The Six Furlong Showcase 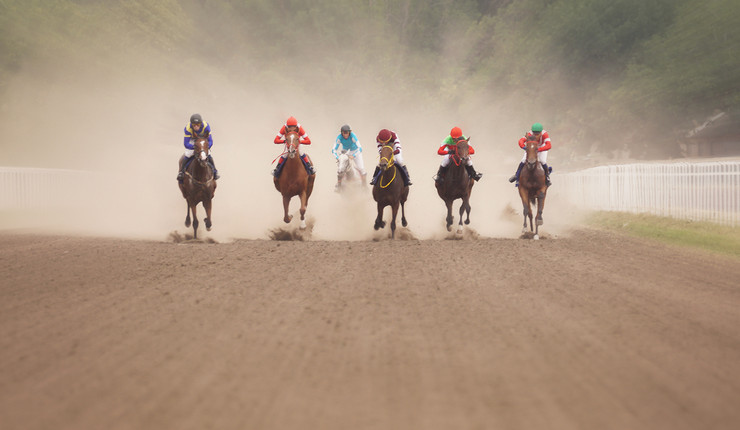 Horse racing is a sport with a proud history stretching back to the 1700s, if not even earlier. Many of the biggest races of both the National Hunt and flat racing seasons were first held hundreds of years ago but it’s also a sport which never stands still. New races and meetings are being added all the time and one of the most important innovations of recent years is the improvement of all-weather racing.

Racing on the all-weather surfaces allows high quality performers on the flat to perform all year round. It’s also provided a platform for other horses who have been turned into all-weather specialists by their trainers. A combination of both sorts of those horses compete in the All-Weather Championships which were introduced in 2013.

The championships run throughout the year and comprise seven different divisions. It’s the sprint division which is arguably the most exciting of those. It’s open to four-year-olds and above and comprises a number of races during an extended qualifying period for the All-Weather Sprint Championship itself.

A Big Prize for a Quality Contest

The All-Weather Championships were the brainchild of Arena Racing Company. They operate four of the six all-weather racecourses in Britain and came up with the championships as a way of exciting fans and getting higher quality horses to compete.

The big pull for the Championships is the final day of action which is now held at Newcastle on Good Friday. In order for a horse to qualify for a place in the 6 furlong Sprint Championship they must either have made at least three all-weather appearances during the qualifying period that begins in October and have a high enough official rating or win one of the four Fast Track Qualifiers.

The qualifying criteria is tough enough to ensure that only horses who deserve to make it through to the All Weather Sprint Championship make the grade, whilst the £1 million total prize pool split up between all the championship races is more than enough to tempt trainers to enter some of their best sprinters. That has combined to create an excellent championship with a fitting final that’s become an instant classic.

The All-Weather Sprint Championship is a young race but we’ve had enough renewals to be able to work out some trends. It’s already clear that Richard Fahey has got an early handle on the race as he trained three of the first four winners. Favouring Irish-bred horses and those who have performed at Lingfield before, the most important thing to consider should have been the draw before the contest switched to Newcastle.

Lingfield is not a track that tends to produce much of a draw bias over the longer trips but it should be different with the sprints. The six furlong races begin at the start of the bend in the track so the assumption was that those given a lower draw (ideally less than stall six) had a much better record than those drawn high. 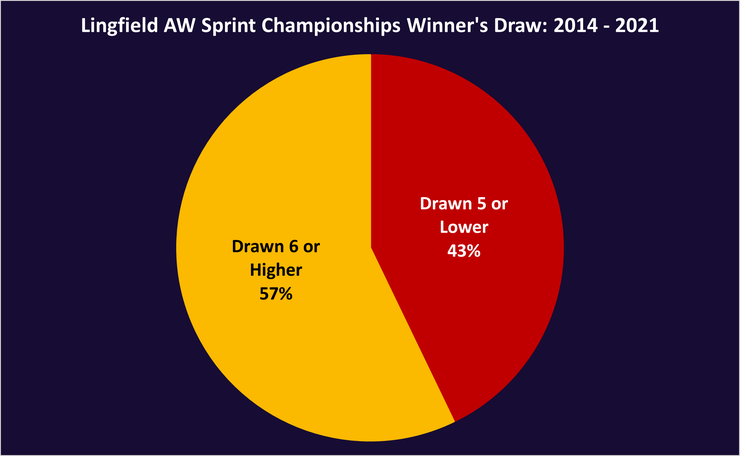 As you can see, despite a general bias favouring the inside for 6f races at the track, this wasn’t the case for the Sprint Championships. The bookies are well aware the expected bias and this was often reflected in the price. But, the data suggests that you shouldn’t have been put off by a fancied runner even if they were not well drawn. Newcastle’s six furlong course is straight so there should be no bias.