Whilst the major Group 1 contests both in Britain and in France will likely grab the headlines as October begins, for many racing fans there is simply nothing better than a big field handicap. The pick of the bunch on that score comes at Ascot with the latest renewal of the always competitive Challenge Cup.

The race takes place of the second day of Ascot’s Autumn Racing weekend, the penultimate flat meeting of the year at the Berkshire course, with Champions Day following later in the month. Many winners will go on to compete in the Balmoral Handicap, the final flat race of the year at Ascot.

About the Ascot Challenge Cup: Classy Handicap At Autumnal Ascot

Ascot is home to some of the most prestigious and high class races in the flat racing season. Flat racing fans know that there is much more to the season than just the big Group 1 contests with big field, highly competitive handicaps like the Ascot Challenge Cup a prime example.

The Challenge Cup has long been an important target for yards with hardy performers over seven furlongs. The increase in the prize fund over recent years has helped to further improve the quality of horses turning up to the feature race of Ascot’s Autumn Racing Weekend.

Hardiness as Important as Speed

There are a number of excellent handicaps taking place over seven furlongs during the flat season. It’s a trip that provides great entertainment as it allows for leading contenders from the big field to jostle for position before striking for home.

Seven furlongs also demands a combination of speed and stamina, with the latter attribute particularly important at Ascot. The straight course begins with a dip before a climb up a sharp hill. Many horses also fade in the final couple of furlongs and Ascot’s standard times for seven furlongs are relatively slow.

This has a few implications for the Ascot Challenge Cup. Punters should consider horses who have either proved they can cope with the specific challenges of Ascot before or who have run well at a longer trip than this one. 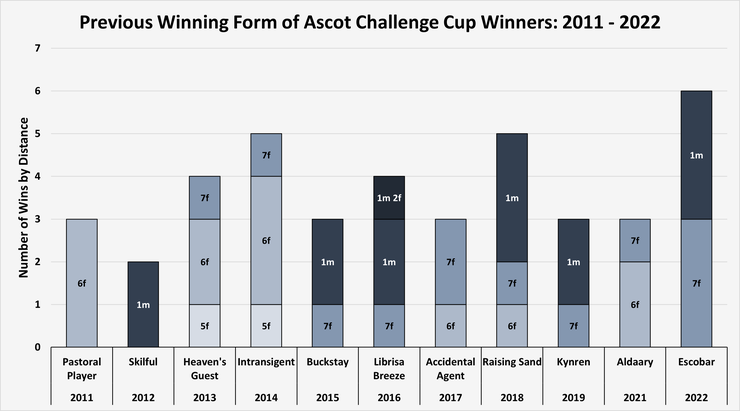 The ground in October further complicates matters. It is rare for the going to be good at Ascot at this time of year so the Challenge Cup is regularly run on ground that’s either good to soft or soft. This further increases the need for some proven stamina on behalf of the competitors.

A Tough Race to Predict

In many ways, the Ascot Challenge Cup is exactly what you would want from a handicap on the flat. The trip is very demanding, the prize money (which was £180,000 in 2022) helps to attract a full complement of 18 runners and it is always a highly competitive race.

Although the class of winners has been trending upwards along with the increase in prize money, winning favourites remain far from the norm. Indeed, recent renewals have seen almost as many horses go in at double figure odds than right at the top of the betting. 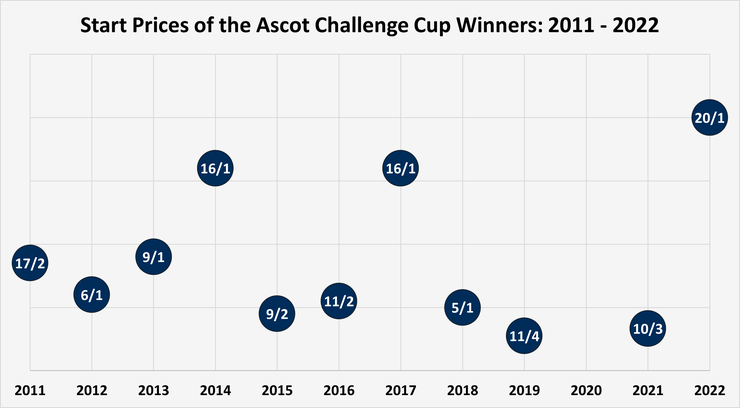 The difficulty of profiling a winner is not simply limited to the starting prices. Tough, experienced horses as old as six have won but we’ve seen three year olds land huge wins too. There is also a spread in terms of the weights carried even if those with 9st 11lb or less on their backs should be narrowly favoured.

Finally, there is only the slightest draw bias with connections just about preferring their horses to be drawn in one of the central stalls.