The pick of the Saturday cards in mid February comes at Ascot with their Betfair Chase Raceday. Just about topping the bill is this Grade 1 chase contest which gives it’s name to the meeting. The Betfair Ascot Chase can often draw a field small in numbers but high in quality.

Inaugurated in 1995, this has quickly become a key target for middle distance chasers with names such as Kauto Star, Monet’s Garden and Cue Card gracing the impressive list of past winners.

The next race is scheduled to run on 20th February 2021. The race info, trends and tips shown below will be updated for the next renewal once the final declarations have been made.

2m5f is the trip for this Grade 1 Chase contest at Ascot, which offers up a very tidy £150,000 in guaranteed prize money. The ground at the track is currently described as soft with more rain forecast in the lead up to the race. Let’s hope Storm Dennis stays away long enough for the race to go ahead because this could be a cracker.

Of the trainers represented this year, only big guns Paul Nicholls and Nicky Henderson have tasted previous success in this race, registering four and three prior wins respectively. That said, given there are only four going to post, that means 50% of the trainers involved have tasted glory! Paul Nicholls’ victory with Cyrname in 2019 moved him level at the top of the trainers table with Martin Pipe, and Nicholls relies on that same horse once again this time around, as he bids to claim the outright lead as his own.

The seven year olds have the best recent record in this race having claimed top spot in five of the past nine renewals. That fact speaks in favour of Nicky Henderson’s Janika and the improving Riders Onthe Storm from the yard of Nigel Twiston-Davies.

This has been a solid race for favourite backers in recent years, with seven of the past 10 market leaders having come home in front. There have been some pretty short prices amongst those winners, but favourite backers would still have recorded a level stakes profit of a not inconsiderable 6.76 points over this period. We’re happy enough with the principle this time around and here’s why …

Clear market leader for this year’s edition is the defending champion, Cyrname, and it’s not too hard to see why the odds compliers are taking few chances with this imposing son of Nickname. An official rating of 177 makes him not only the best horse in this field by some margin, but also the highest rated chaser currently in training full stop.

Miles too good for the field when sauntering clear for a 17-length success in this 12 months ago, he once again utilised his brutal front-running tactics to see off no less a horse than Altior over this course and distance on his seasonal return in November.

Things didn’t go to plan in the King George last time out when well beaten off in second, but that race did come over 3m which may have stretched him, whilst uncharacteristic jumping errors didn’t help his cause either. Those extra three furlongs and the odd error saw him well beaten but we are confident he can get back to winning ways here. Back down to a distance over which he is yet to taste defeat in three starts, he sets a mightily high standard for the rest to aim at and we don’t see him being beaten.

Cyrname isn’t the only course and distance winner in the field. Also falling into that category is the apple of Nigel Twison-Davies’ eye, Riders Onthe Storm. Joining the yard from the Tom Taaffe operation in November, this seven year old by Scorpion has made a most encouraging start to life in Britain.

A fairly comfortable winner off a mark of 140 on his return at Aintree, he then missed his main target of the Caspian Caviar Gold Cup due to a clerical error of all things. Compensation awaited over this track and trip last time out in the Betfair Exchange Graduation Chase, in what was an eye-catching display from the front to slam the talented On The Blind Side by seven lengths. This clearly demands significantly more, but a mark of 162 fully entitles him to his place in the line-up, and such was the ease of his success last time out that their may well be more to come.

If Nicky Henderson is to join Paul Nicholls and Martin Pipe at the top of the trainers’ table, he is going to have to cause a fairly major shock to do so, with his sole entry Janika having work to do to threaten the jolly – although he is actually rated higher than second favourite Riders Onthe Storm headed into the race.

On the plus side, conditions look to be just right to enable this Simon Munir and Isaac Souede-owned runner to put his best foot forward, with all five of his career victories having come on a soft or heavy surface. Already a Grade 2 winner, he is worth a crack at this, but has been twice been put in his place by Defi Du Seuil in Grade 1 company, and faces another superstar here.

Rounding out the field is something of a no-hoper, the Gary Moore-trained, Traffic Fluide. Fully 28lb behind Cyrname on ratings, the main objective for this one is surely to get around safe and sound and pick up a bit of prize money ahead of his stated main target of the season in the Grand National.

A winner on heavy ground, at this track and over this trip, it likely won’t be conditions which beat him here, and having already won at Grade 3 and Grade 2 level, he isn’t without a touch of class. Having said all that though, he is zero from eight in Grade 1 company headed into this, and it would rate a major shock were this darkest of dark horses to come home in front.

About the Ascot Chase: A Platform For The Greats 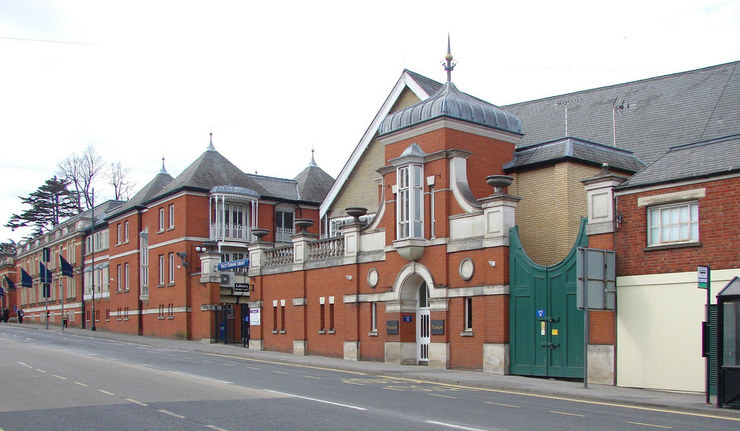 The high-class National Hunt action comes thick and fast between the New Year and the Cheltenham Festival in March, and the beautiful Berkshire venue of Ascot does its bit to keep the momentum going with this excellent event held in February each year.

Inaugurally run in 1995 as the Comet Chase, the race has undergone a number of sponsorship changes over the years, with betting giant Betfair taking over the reins in 2009. The race has taken place at Ascot every year since, barring a two-year soiree to Lingfield Park as Ascot underwent extensive renovations in 2005 and 2006. Initially a midweek affair, having taken place on a Wednesday until 1997, the race has been a big Saturday contest every year since.

Initially run over a distance of 2m3½f, the distance was increased to 2m5f in 2008 and now sees 17 fences standing between the competitors and glory. A top-tier Grade 1 event, the contest is open to all runners aged five and older.

This race may not have been with us for all that long, but it has already compiled quite a roll of honour. A quick glance at the table below gives some idea as to the quality of performer it often takes to prevail in this race.

Big Names Out In Front

A big race, won by a selection of the biggest names in the equine world, it isn’t too surprising that it is those to have regularly finished atop the training tree who have led the way here over the years. 15-time Champion Trainer winner Martin Pipe heads the standings alongside 11-time champ Paul Nicholls, swiftly followed by Nicky Henderson who has five trainers titles to his name.

Barry Geraghty has been the man to follow in the saddle with three wins as of 2020. Still going strong in the colours of JP McManus, he may well add to this total further before he hangs up the silks.

It can often be tough for the younger chasers to make their presence felt against their more experienced opposition, particularly in top level events such as this. Strong Promise defied that trend here when coming home in front as a six year old in the 1997 edition. The Geoff Hubbard runner didn’t quite go on to achieve what might have been expected though, winning just one more race in his career, although he did narrowly miss out on winning this race again when second to One Man in 1998.

At the other end of the scale we have the grand old grey Monet’s Garden. A 10-time winner in Graded company, he landed this prize for the second time at the grand old age of 12 in 2010. 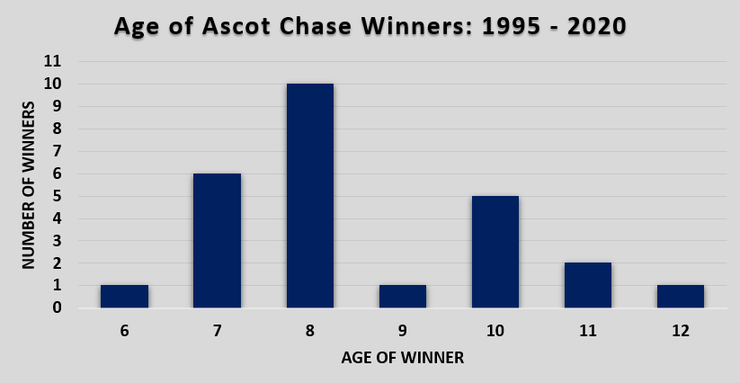 It is the eight year old runners who have fared best here overall though with ten wins in the first 26 editions of the race for an impressive 38% strike rate.