There aren’t many weeks that go by without a top staying handicap on the racing menu, and the run up to Christmas is no different with this excellent offering from Ascot. This has been one of the classiest events of its type in the past, with previous winners including Cheltenham Gold Cup kings, Arkle and Cool Dawn. Whilst it is rare to see a runner in that bracket line up these days, the race does invariably still attract a high-quality field.

First run back in 1965, the Ascot Silver Cup forms part of the course’s richest day of jump racing alongside the Long Walk Hurdle and the Betfair Trophy.

Three miles is the trip for this Listed class chase contest which offers excellent prize money of £100,000. The ground at the track is currently described as soft, bringing stamina very much to the fore over this already testing trip.

Currently sitting level with Josh Gifford on four wins, multiple champion trainer Nicky Henderson needs just one more victory to move out on his own as the most successful handler in the history of the event. Henderson relies on just the one this year, in the shape of his nine year old son of Mahler, Ok Corral.

Of the other trainers represented in 2019, both Paul Nicholls and Nigel Twiston-Davies have two previous wins to their name. Having also sent out the runner up three times in the past six years here, anything hailing from the Paul Nicholls yard in particular is well worth a second look. The Ditcheat handler has top-weight Black Corton and Give Me A Copper amongst the current entries this time around.

With winners ranging from five to 10 years old this hasn’t been the strongest of races in terms of an age trend. If there is a sweet spot though it would seem to be between seven and eight years old, with 31 of the 46 editions to have been run to date falling to a runner from within that range.

Venetia Williams is another trainer with a little bit of history in this contest having saddled Houblon Des Obeaux to land the prize in 2013. Judging by the betting market ahead of this year’s renewal, she would look to have every chance of entering the winner’s enclosure for a second time with Belami Des Pictons.

Now eight years old, this one made an excellent start to life over fences when winning three of his first four starts back in the 2016-17 campaign. Returning to the track in November 2017, he posted an excellent effort to finish second to the extremely talented Waiting Pariently, giving every indication that a productive campaign lay ahead.

And then injury struck. To such an extent that he has only been sighted at the track twice since that November 2017 outing. Pulled up in the first of those runs in February of this year, he then put in a much more encouraging effort when finishing a staying on fourth in the 2m4f BetVictor Gold Cup last time out. Already a winner at this trip, and on soft ground, and now three pounds below his career high rating, it’s not hard to see him going well.

Another of the more obvious contenders in the current line-up is Dan Skelton’s Bennys King. Venetia Williams will certainly be familiar with this one having trained the son of Beneficial between November 2016 and October 2018. However it has only been since joining the Skelton operation that the eight year old’s form has really taken off.

Reportedly something of a fragile sort, he landed both starts for Skelton last season, rocketing from a rating of 120 to one of 135 in the process. He flopped first time out this season - when looking badly in need of the run - but then bounced right back to form when only having to be ridden out to land a 2m6½f Class 2 contest at Newbury by six lengths. He is up two furlongs in trip for this assignment, but looked to have plenty left in the tank at the line that day. An 11 pound higher mark does demand more, but he may well have sufficient improvement in him to cope.

One of the most intriguing names amongst the current entries is that of the Ben Pauling runner, Kildisart. Only once out of the first three in six career starts over fences, this seven year old mixed it with the very best novices in training last season, and wasn’t at all disgraced. His fourth place finish in the JLT Novices’ Hurdle at the Cheltenham Festival – when behind only Defi Du Seuil, Lostintranslation and Mengli Khan – in particular catches the eye in regard to this contest.

Looking in need out of the outing when again pitched in against Lostintranslation on his seasonal return, he should strip much fitter here, and his most recent run in handicap company would look to give him every chance. That effort came in his final start last season when staying on powerfully in a Grade 3 at Aintree to score by five lengths. Only seven pounds higher, here he boasts solid claims.

Of those at a double figure price, one who looks likely to prove a popular each way option is the Harry Fry trained nine year old, Acting Lass. Four from seven over fences, this one enjoyed a spectacular start to his chase career when winning his first three outings back in 2017-18, with the last of those wins coming at this very track. Value for far more than the winning margin of two and a quarter lengths in that 2m5f soft ground event, he gets in here off just a four pound higher mark.

He has admittedly had his issues since that performance, but emerged from a spell in the doldrums in good style when getting on top late to score over 2m7½f last time out at Chepstow. Fully effective on soft ground, and hailing from a yard operating at a 30% strike-rate over the past 14 days, he makes plenty of appeal at the prices.

About The Ascot Silver Cup 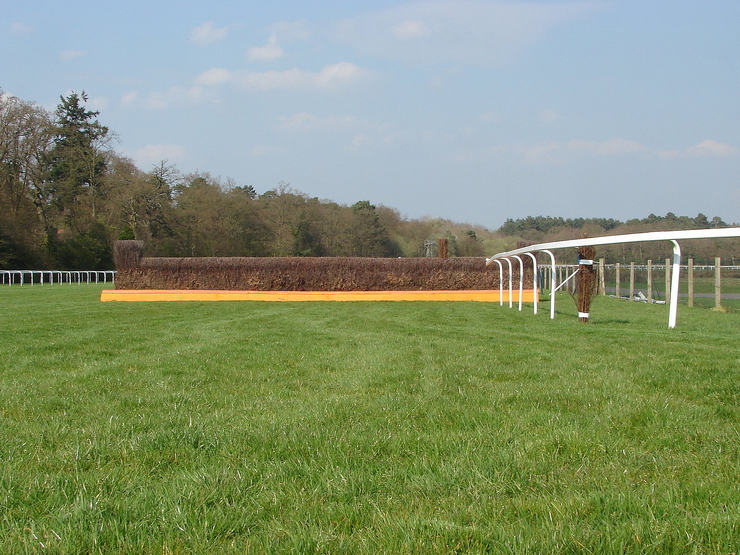 When you mention Ascot the first thing that comes to any horse racing fan’s mind is the leading Flat racing meeting, Royal Ascot. The racecourse at Ascot is multi-faceted though and also plays host to a number of top class National Hunt races.

The Ascot Silver Cup is one such race. It’s a Listed handicap steeplechase which is run over a distance of about 3 miles (2 miles 7 furlongs and 180 yards, if you’re counting) and takes in 20 fences around Ascot’s Hunt course.

It’s the Hunt course that should be the first port of call for any punter looking for a winning Silver Cup bet. The right handed course is a particularly challenging one for many horses who struggle with its galloping nature combined with very testing fences. Navigating those fences at the sort of speeds horses tend to go round Ascot, even in a 3 mile contest, requires excellent jumping ability and it’s that which tends to set successful horses apart from the rest in the Silver Cup.

The other challenge for horses and trainers to navigate is the ground. The Silver Cup is held just days before Christmas and the changeable British winter weather can alter the going very quickly. A lot of rain in the days leading up to the race will suit horses who prefer softer ground but a cold, dry spell could well make things firmer than is comfortable for many National Hunt horses. 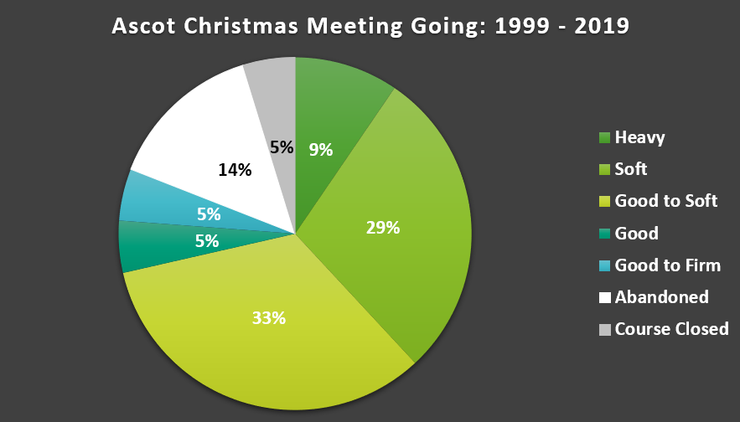 It’s fair to say that the difficulty and unpredictability of the Ascot Hunt course has had an impact on the calibre of animals competing in the Silver Cup. It’s always been thought of as a very competitive handicap since first being introduced in 1965 and still receives a number of entries each and every year but there is a feeling that it’s lost some of the prestige of years gone by. That is perhaps reflected by the high number of different sponsors who have lent their names to the Silver Cup in more recent times.

Look Out for Unexposed Runners

That said, the Silver Cup is still a difficult race to win and so any successful horse should be considered for other competitive handicaps. Moreover, some trainers have used the Silver Cup as a chance to blood exciting younger horses in this sort of competitive atmosphere.

Take Frodon, who was second in 2017 as a five-year-old as an example. He went on to land the Crest Nicholson Handicap at Cheltenham and finished second in the BetVictor Gold Cup so it’s well worth making a note of eye catching performances from younger horses who look unexposed.

There are any number of competitive handicaps around the 3 mile distance. The challenge of Ascot means previous course form is important when assessing a potential winner but the most valuable thing punters can take from the Silver Cup are hints for picking out well priced options in other handicap chases.