The Ayr Gold Cup is the feature race of Scotland’s most valuable racing meeting. Held in September, this is an ultra competitive handicap, run over six furlongs and is the richest sprint handicap in Europe.

The first Ayr Gold Cup took place in 1804, just 33 years after Ayr’s first official race meeting. The Ayr Gold Cup meeting was established in 1824 when it was known as the Western Meeting, with the Gold Cup’s key rise to prominence coming in 1855 when it became a handicap.

Having initially starting life as a two-mile contest, the race was shortened to one mile and then the current distance of six furlongs in 1908, taking advantage of the 6f straight at the present Ayr Racecourse site, having relocated the previous year.

This Class 2 handicap contest offers £75,000 in total prize money and sees a big field tackle the six furlong trip. The ground at the track is currently described as good to soft, with very little rain forecast in the build up to the race.

Having registered two previous wins apiece, it is Andrew Balding and Richard Fahey who boast the best record of the trainers on show this year. Balding sends Portland Handicap winner Stone Of Destiny into battle this time around, whilst Fahey relies upon Mr Lupton and Gabriel The Wire.

With the race annually attracting a maximum field of 25, the draw is always likely to play a role in this event. Looking at the recent editions it seems that middle to high may be the place to be, with nine of the past 10 winners having emerged from stall eight or above.

Considering just how competitive this is, the market leaders actually have a solid recent record in this race. Two winning favourites in the past 10 years being enough to hand jolly backers a level stakes profit of £3.00.

Richard Fahey’s most recent win came with the success of Don’t Touch in 2015. That horse was sent off as the well backed market leader, and it is Fahey’s Mr Lupton who has long headed the ante post list ahead of this year’s renewal.

Now seven years old, he had looked a little out of sorts this season – being well beaten in Group 3 company and three subsequent handicaps. He did however bounce right back to form at the Curragh last weekend, when scoring by a cosy half length from a decent field. He’s up three pounds here, but that rise is cancelled out – and more – by the fact that five pound claimer Billy Garritty takes over in the saddle.

That mark of 103 may in fact still prove lenient even without taking the jockey claim into account, as it wasn’t too long ago that Mr Lupton was rated 113 and winning in Group 2 company. The one obvious negative is the fact that he didn’t run to anything like his best when well beaten in this race 12 months ago. He is however talented, in form, and going for a trainer who knowns what it takes to win this, so there is a lot to like about his chances.

Another runner arriving on the back of an excellent win only a week ago is Andrew Balding’s Portland hero, Stone Of Destiny, who like Mr Lupton, gets into the race under a five pound penalty.

That five pound rise still only puts him up to a mark 98, which again gives him every chance from a handicapping perspective considering he was rated as high as 109 in July 2018 and is still only five years old. That win at Doncaster last week strongly suggested he is coming very close to peak form as, if anything, the one and a quarter length winning margin didn’t do full justice to his superiority. A big field such as this almost guarantees he will get the strong pace to aim at which suits him so well, but that big field possibly also poses the major issue for this exaggerated hold up runner.

Whilst he managed to procure a dream run up the rail last weekend, he will be lucky to get such a trouble free passage again. That’s the same for all the hold up runners though, and he is at least nicely drawn in stall 19. Oisin Murphy takes over from Sylvester De Sousa in the saddle, and if he can find the gaps, this King Power Racing runner can be expected to go very close.

Having only finished eighth last time out, the claims of the Clive Cox runner, Wise Counsel, aren’t as immediately obvious as those of Mr Lupton or Stone Of Destiny, but at a decent each way price, we can see this one going very close for a trainer who does pretty well with his sprinters.

Only raced twice so far in 2020, this son of Invincible Spirit has had a far lighter campaign than many of these, which could be to his advantage. Having finished a good third in a Listed event over this trip at Goodwood back in June, it also seems likely he’s up to winning a handicap from his current mark. Admittedly things didn’t quite go to plan at Ascot over seven furlongs last time out, but he did hit the line well once finding his rhythm, which was at least encouraging from a fitness perspective.

He’s also a perfect one from one at Ayr having scored over seven furlongs at this meeting last season, and boasts career form figures of 4313 over this six furlong trip. Interestingly that distance win came when beating Angel Alexander by two and a quarter lengths off level weights back in 2018. Angel Alexander won this very race off a mark of 101 12 months ago and Wise Counsel gets in off 98 here.

Scotland’s biggest flat meeting of the season, the Ayr Gold Cup Festival, is a glorious three day affair running every September. No prizes are on offer for guessing the headline event of the meet, with that of course being the Ayr Gold Cup. A handicap with near unprecedented demand, large fields are an absolute guarantee year on year making it a big occasion for the punters. For the many horses involved, they put on quite the spectacle as they steam down Ayr’s straight track seeking to be the fastest over six furlongs.

The Ayr Gold Cup stretches so far back in time that many details are unknown about early renewals including winning trainers and jockeys. What we do know though is that 1804 heralded the beginning of the race. Back then it operated in the form of two separate, two mile heats, only open to horses bred and trained in Scotland. Not wanting to limit the competition, the strictly Scottish policy was eventually dropped while organisers gradually chipped away at the distance of the handicap. The final reduction in trip came in 1908 for the inaugural running at Ayr’s current home.

Such is the incredible demand for the Ayr Gold Cup, many horses miss out on the cut for the big race. The contest does accommodate a generous maximum field of 27 runners but this is never enough room to fit all those that want to take part.

Regularly maxing out its own quota, organisers created the Ayr Silver Cup, a consolation race for those missing out on the main event. While this proved a satisfactory arrangement for a while, an increasing amount of horses failed to make the cut for both. Clear demand for an additional consolation event led to the birth of, you guessed it, the Ayr Bronze Cup, which enjoyed its opening appearance in 2009.

Taking into consideration the sheer number of horses that compete in this handicap, strong favourites are not an overly common sight. Rarely is a favourite seen that looks head and shoulders above the rest and the shortest-priced option has won just three Ayr Gold Cup renewals since 1990, 3/1 the smallest odds of the first past the post in this period.

While those at the very top of the betting have failed to excel, horses towards the opposite end have struggled more so. There’s been a distinct lack of what you could call real upsets over the past three of decades, with just four winners since 1990 setting off at odds of longer than 20/1. Between 10/1 and 20/1 has been the real sweet spot for this handicap as you can see from the chart below, so a couple of each way punts in that region could well be the smart move in this one. 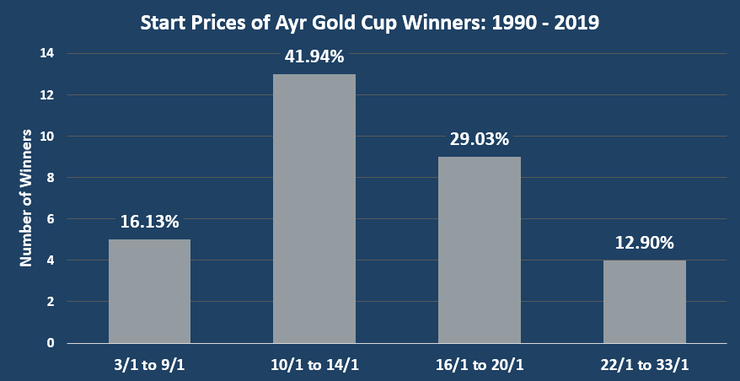 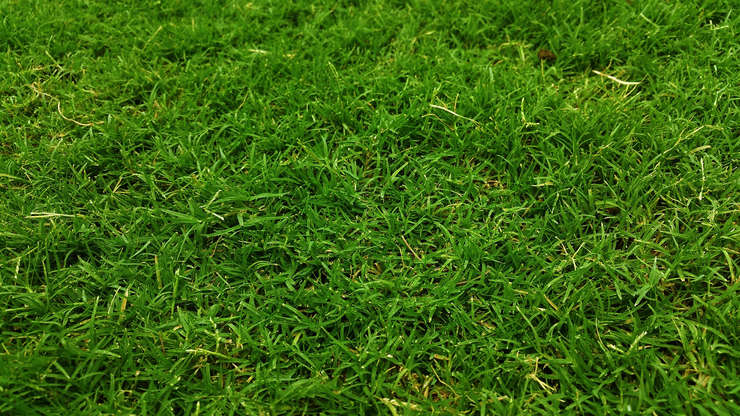 The Ayr Gold Cup has rarely failed to produce headlines but there was a definite increase of them in both 2017 and 2018. The race made the news for all the wrong reasons initially when forced to cancel due to waterlogging. Scottish racing is no stranger to abandoned events but for a September race it remains very much the exception.

The track at Ayr was largely in a perfectly raceable condition but for a small pool of water described as so swampy you could get a foot stuck in it. In a desperate attempt to clear the waterlogging, ground staff had a helicopter flown in but the patch remained.

Not only did this force the cancellation of the Gold Cup but also of the entire three-day Festival, prompting an official BHA investigation. Despite this grave disappointment, Ayr was able to rather erase the embarrassment the following year thanks to an incredible dead heat, the first of its entire history.

The judge inspected the photo finish for five minutes attempting to decide on a sole champion as lots and lots of punters waited with bated breath. Unable to pick anything between them though, 5/1 favourite Son of Rest was forced to share the spotlight with 28/1 outsider Baron Bolt. 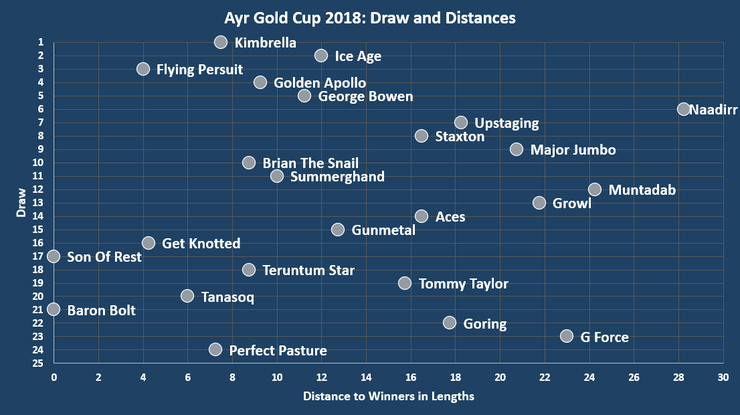