In terms of North American horse racing, there aren’t too many races bigger than the Belmont Stakes. The Triple Crown event has long been one of the best attended spectacles of the season, previously bringing in over 100,000 people to Belmont Park in New York. Since 2015, the capacity at the course has been capped at 90,000 due to overcrowding concerns but this is more than enough to create a rapturous atmosphere.

Nicknamed the Test of the Champion, this one and a half mile battle stands as the oldest and final leg in the Triple Crown of Thoroughbred Racing. It is run at Belmont Park, a course known for being one of the fairest around thanks to its wide turns and long homestretch. Recently published data also shows that it’s one of the safest American courses too due to the meticulous way the surface is maintained. 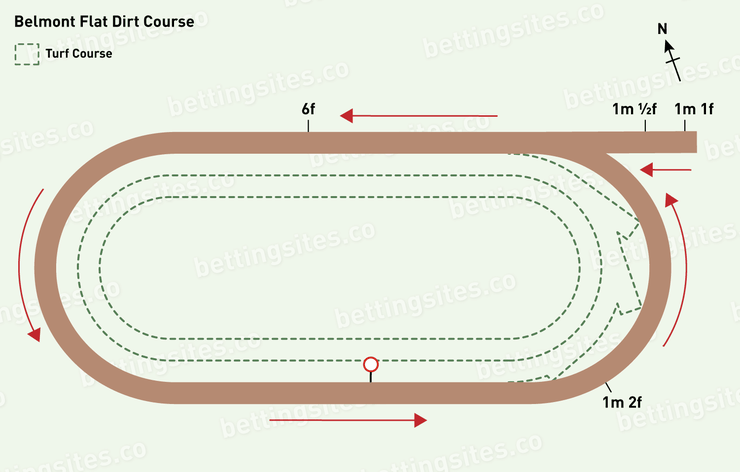 The one and a half mile Belmont Stakes begins just before the position of the winning post with the field completing a full circuit with two sweeping left-hand bends.

About the Belmont Stakes: Tasty Racing in the Big Apple

Belmont Park is one of the most important sites in American horse racing. Known as ‘The Championship Track’ the New York State racecourse has played host to virtually every major horse in American racing history.

Of all the races to take place annually at Belmont Park, the Belmont Stakes is the most important. The 12 furlong, Grade 1 race is the final leg of the American Triple Crown and, as of 2022, features a prize fund of a rather healthy $1.5 million.

The Belmont Stakes is a truly historic race. First run just three years after the oldest horse race in America, the Travers Stakes, the Belmont Stakes has been held in New York since 1867. The Belmont Stakes was initially held at Jerome Park Racetrack in the Bronx (which was financed by August Belmont Sr., after whom the race is named) before moving to Morris Park Racecourse and then Belmont Park in 1905.

The race was just growing in stature following the move to Belmont Park but had to be cancelled in 1911 and 1912 due to the Hart-Agnew Law which banned gambling in New York. Thankfully for racing fans, it returned to in 1913 and as of 1926 the winner was presented with the August Belmont Trophy.

The Test of the Champion

Trends to Keep In Mind

The Belmont Stakes is an important race far beyond New York. Punters from around the world follow the race and there are plenty of useful trends to help them come up with a winner. The first thing to note is just how tough it is to win the Triple Crown. Horses who come into the race on the back of a run in the Preakness Stakes have a poor record in the Belmont Stakes with those who arrive fresh generally preferred. It really does take a special horse to win all three of course.

Belmont Park is widely regarded as one of the fairest tracks around but it still trips some horses up so previous experience of ‘Big Sandy’ is a help even if the importance of Belmont experience has diminished in recent years. Winning the Belmont requires a certain amount of stamina with those who can hit the front fairly early before holding on preferred over horses who tend to kick strongly for home later on in races.

Other Races of Note at Belmont Park