The culmination of Newmarket’s Cambridgeshire meeting arrives on the Saturday, with the seven-race card headlined by the contest which gives its name to the meeting. It may only be a handicap event, but when it comes to big autumn betting heats, it doesn’t get much bigger than the Cambridgeshire.

A bumper field of over 30 runners usually go to post for one of the true cavalry charges of the season, in a race which never fails to capture the imagination of the punting public. The Cambridgeshire is one of the very best handicap puzzles of the year will always take some solving.

The first Cambridgeshire was run in 1839, the same year as another big Newmarket handicap, the Cesarewitch. Together these two races are known as the Autumn double.

1m1f is the trip for this Class 2 Heritage handicap which offers total prize money of £120,000. The going at the track is currently described as good, but is likely to ease considerably should the forecast rain arrive as predicted on both Friday and Saturday.

Often more associated with Group race success, Newmarket handler John Gosden is also a dab hand with handicappers and, with a total of five previous wins to his name, is the most successful trainer in the history of this race. Gosden sends the three year old Kingman colt Al Rufaa to post this time around, looking for a third win in a row in this contest. As with his wins in 2019 and last year, Frankie Dettori will be in the saddle, so he’s clearly one to watch.

With a whopping field of 29 set to line up, the draw will most likely play a significant role in the outcome. Recent results would suggest that high may be the place to be in that regard, with each of the past four winners having emerged from stall 21 or above. The middle of the track seems to be best avoided, as only one of the previous 10 winners has been drawn between stalls 10 and 19.

Two of the past 10 editions of this have been claimed by the favourite. That’s not a bad strike rate considering the regular field size in this race, and has been enough to hand favourite backers a level stakes profit of +£4.50 over this period. That said, surprises certainly cannot be ruled out, with a 40/1 winner in 2011 and a 50/1 upset in 2017. This is a fiendishly difficult puzzle to unravel, make no mistake.

It’s difficult to be certain who will start favourite in what looks set to be a very competitive renewal, but the horse who seems to be attracting most of the money in the week leading up to the race is the Roger Charlton-trained, Tempus.

Charlton is a man who knows the sort required to succeed here, having saddled Cao Juluca to victory in 2005, before repeating the trick 10 years later in 2015 with the well-backed Blue Monday. The Wiltshire handler appears to have solid prospects of landing a hat-trick in the race with this son of Kingman, who looks to be coming to hand just in time for this.

Four from six in his career to date, he initially failed to capitalise on an opening handicap of 91 in his final start of last season, but looks to have made excellent progress over the winter, and is now a perfect two from two so far in the current campaign.

Being awarded the race in the steward’s room on his seasonal return at Newbury, he then posted a big career best to score by 1½l over 1m at Ascot last time out. Connections mentioned this race on the immediate aftermath of that win, and suggested softer ground would suit him well. He certainly looks set to get that here, and whilst this extra 1f poses a question, he is one of the more likely winners getting in under just a 4lb penalty.

This has fallen to a three year old in each of the past two seasons, and there are a number of likeable sorts who fall into that age bracket this time around. Chief amongst those is the John Gosden runner Al Rufaa who – going for the successful Gosden/Dettori combination – is likely to attract plenty of attention. However, another youngster who is well worth a look is the Ralph Beckett-trained, Lucander.

The key to this one could be the ground, as his form to date would suggest his chance of success will be enhanced by every drop of rain that falls – and there’s plenty of it forecast in the Newmarket area. Whilst the son of Footstepsinthesand has won on good to firm, his two best efforts have come on soft, including when storming home from off the pace to score by 1¾l over 1m2½f at York last time out.

He’s up 4lbs for that, but that doesn’t look unduly harsh, particularly with the ground coming in his favour. The drop in trip is of more concern, but this is rarely anything other than a thorough test at the distance and he can be fancied to be one of those staying on best of all from a nice draw in 27.

In what looks a good race for an each way punt, one to catch our eye at a nice double figure price is the Charlie Fellowes runner, King Carney. Calling the winner is so tricky that having at least one each way option seems wise and he is the one for us.

Another of the three year olds in the field, there were high hopes for this son of Australia on the back of an excellent juvenile campaign which culminated in a Listed success over 1m at Pontefract. Things however didn’t initially go to plan in his first two outings this season, as the colt put in back to back abject displays at Lingfield and Ascot.

And soon the colt was a colt no more, but rather a gelding; and as is often the case, that operation seems to have worked wonders for his form. Returned to the track at Newbury in August he ran a rock solid third to Tempus off a mark of 100 on what was his handicap debut. We particularly liked the way in which he came back at the leaders having been headed over that 1m trip that day, suggesting that this step back up in distance may well suit. A perfect two from two on soft ground, he’s another who will be well suited should the weather forecast prove correct and he can go well for William Buick.

About the Cambridgeshire Handicap 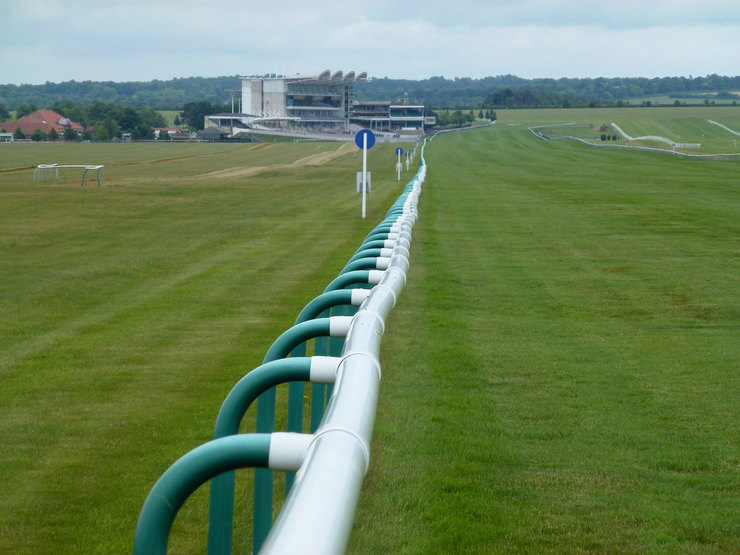 It’s not often you can watch a stampede of horses storm down the Rowley Mile but the Cambridgeshire Handicap makes it possible. Featuring a maximum of 35 runners, the one mile, one furlong contest is a true sight to behold on the final day of Newmarket’s Cambridgeshire Festival. It has long been an extremely tough race to win but doing so is rewarded handsomely with £120,000 up for grabs in 2020. Lucky punters can also find themselves scooping a big prize with long-odds winners part and parcel of this heritage handicap.

Born within weeks of the Cesarewitch handicap in 1839, the two races quickly became known as the Autumn Double. In the decades follow their creation, attempting to win both races was not unheard of with three horse successfully completing the double between 1876 and 1885. There’s not been another since though with the feat rarely ever attempted these days. Originally the Cesarewitch was the first on the calendar but a reversal of the schedule now sees the Cambridgeshire fall two weeks earlier on.

Regularly attracting 30+ runners, you’ll be forgiven for not analysing the form of every single horse named on the racecard for the Cambridgeshire Handicap. In order to whittle down the field before you dive into research, the first thing you should do is head to the race trends. By looking at the information of past winners, we can see some strong patterns that have emerged and ones that could well stay true for future renewals. One trend that immediately catches the eye is the age of the winners, something that makes for bad reading for older horses.

There hasn’t been a winner over the age of six since 1992 even though their rate of participation has averaged above 10% in recent years. It’s therefore a safe bet to cross off any older horses from your shortlist. Five year olds have also underperformed given how often they feature in this race, with four wins way below what you’d expect based on pure averages. Caution should therefore be applied when examining any five year old as a result but they cannot be immediately dismissed.

Another trend to watch out for is number of previous victories. This century there’s only been one horse who’s secured glory in the Cambridgeshire having failed to win at least three previous races. Winning experience is certainly needed but after three races the amount seems to lose significance.

Finally we would like to direct your attention to another interesting stat, one which points towards a long break being disadvantageous ahead of this handicap. Since 2000, only two horses won this competitive contest having not raced within the eight preceding weeks. The smallest rest period goes to 2008 champion Credit Check who was in action at Newmarket just two days earlier on!

It’s not an uncommon sight to see horses entered numerous times in the Cambridgeshire Handicap, former champions being no exceptions. Recent examples of winners coming back for more are Educate and Prince of Johanne who both returned to Newmarket seeking an incredibly tough double win.

With so many horses going for gold, winning this race more than once seems near impossible but it’s been pulled off more times than you might think. Over the course of the handicap’s history, seven horses have claimed a repeat win, three doing so back to back. Bronze Angel is the most recent addition to the list, winning in both 2012 and 2014. A Newmarket regular, he featured in the Cambridgeshire a total of five times but 15th was his best non-winning finish.