Newbury is the host of one of the season’s top novice hurdles and is held either in late December or early January. Previous winners include Grand National winner Bindaree and Cheltenham Gold Cup hero Denman proving it takes a quality horse to take home the spoils.

First run as a juvenile hurdle in 1971, this is now a race for novices’ aged five or older over two and a half miles.

The next race is scheduled to run on 29th December 2020. The race info, trends and tips shown below will be updated for the next renewal once the final declarations have been made.

Two miles & four and a half furlongs is the trip for this Grade 1 hurdle, set to be run on soft ground this year and offering £45,000 in total prize money. The forecast for Saturday is mild, dry and cloudy, so we should be well set for an excellent contest.

We’ve not had winner older than six this race since 2004 so the age trends certainly do not act as a favourable omen for The Cashel Man. Do not be quick to write off this seven-year-old though as he put in his best ever showing over the hurdles just a matter of weeks ago.

Lining up for a Class 2 battle at Newbury, Nicky Henderson’s horse took an early lead and convincingly repelled any attack with a storming finish down the home straight. Some fast running combined with strong jumping throughout saw the High Chaparral offspring triumph by an impressive 10 lengths.

Back at the same course and racing over the same distance, it’s easy to see The Cashel Man putting in a strong shift this Saturday. Conditions are a little softer this time but not so much you that it should have a major impact on his performance. He did struggle a little when last racing at Newbury on soft ground but he’s come a fair way since that defeat in March.

At odds of 5/1, we can think of many worse gambles especially for a horse that has managed a top two finish across all five career hurdle starts. Reliable and comfortable over the smaller obstacles, place your bets on The Cashel Man for this Novice test.

Ending last season with a third place finish in the Champion Bumper at Cheltenham, many kept a close eye on Thyme Hill following his return from the following break. Fully aware of his talent over the flat, the newly converted hurdler was backed at odds of 9/4 to win on his first effort over the obstacles. It wasn’t the most fluent of performances but a very strong finish more than made up for a little looseness in the earlier stages. Winning with aplomb in the end, the five-year-old was rewarded with a crack in the Ballymore Novices’ Hurdle the following month.

Facing Grade 2 competition this time, Philip Hobbs’ horse couldn’t afford any mistakes and he made sure there were none. A commandingly display in the Ballymore Novices’ Hurdle saw Thyme end up as king of the hill despite Richard Johnson losing his iron late on. Rightfully our favourite this Saturday on the back of that showing, he is a tempting option but even money just seems a touch skinny in a race likely to be settled by some very fine margins.

Thyme Hill is not the only hose coming into this race on the back of a recent grade quality win as Enrilo scooped himself a hard-fought Grade 2 win crown at Sandown earlier in December. It was the perfect response from the five-year-old who had badly hung left last month at Ludlow, a problem which saw him finish a huge 34 lengths off the pace. Although a little troubling, it appears to be an isolated incident with the five-year-old not showing this tendency during any other competitive race. Slighlty more cause for concern however is Paul Nicholls’ unimpressive record this month. Things have not been happening for the Somerset-based trainer this festive period and when factoring this in, we are still keeping faith in our recommended selection.

As is the case with fellow outsider, Stick With Bill (16/1), Eclair Surf has enjoyed some lower class success, winning a Class 4 hurdles start on his last outing. This may count for something but to expect either of them to make the huge leap forward required here seems unrealistic at best.

Eight out of the last 12 Challow champions won at Grade 2 or higher prior to winning this race, giving an indication of the proven quality typically required. Eclair Surf may have strutted his stuff during an easy win at Exeter on soft going but with this his only hurdles effort to date, it would take a very brave punter indeed to back him in a contest like this.

Since holding its first ever meeting way back in 1905, the Berkshire venue of Newbury racecourse has grown to become one of the very best dual purpose tracks in the land. The course plays host to a number of famous events over the course of the season – including the Lockinge Stakes, the Ladbrokes Trophy and the Greatwood Gold Cup – but just the one Grade 1 National Hunt event.

That contest comes in late December/early January each year in the shape of this 2m4½f event for the novice hurdlers. First taking place in the 1970-71 season, and named in honour of the nearby town of the same name, the race was initially a juvenile only affair held over the shorter distance of two miles.

Opened up to older runners from the 1981-82 season onwards, by 1999 the conditions of the contest had altered to exclude the juvenile entries, with the distance of the race also being increased to its current trip. Considering the distance and conditions of the event, the Cheltenham Festival race with which this contest ties in most closely is the Ballymore Novices’ Hurdle.

Champ Is Out On His Own 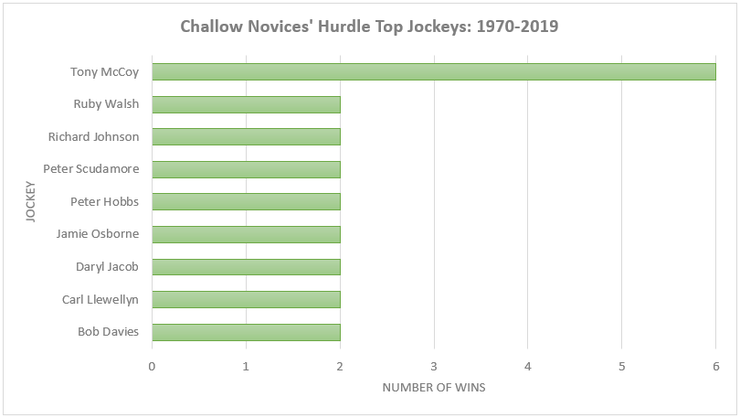 There have been nine riders in total to have landed this prize on more than one occasion; and whilst a total of two wins has proven to be the limit for eight of those jockeys (as of 2019), there is one man who has blasted through that ceiling to pull well clear at the head of affairs.

No surprises that that man is 20-time champion jockey, Tony McCoy. Possibly the pick of McCoy’s six winners in the race is one of the horses with whom he is most commonly associated – Wichita Lineman. Successful here in 2006, the JP McManus runner went on to enjoy success at the Cheltenham Festival in 2009, thanks to an incredible never say die ride from McCoy. 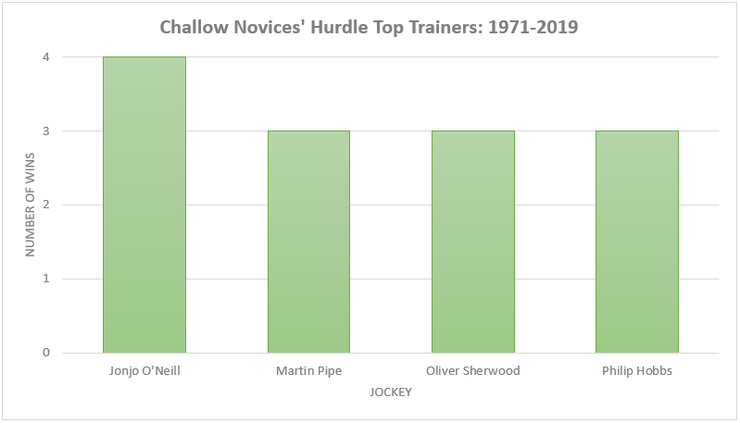 Tony McCoy’s chief partner in crime when it came to racking up the wins in this race was one of his long-time allies, Jonjo O’Neill. Having provided McCoy with four of his six wins in the race, it is O’Neill who tops the trainer’s table – albeit only just.

Gold Cup and Grand National Winners On Roll Of Honour

This may be a novice hurdle contest, but the two most famous winners of the race are so well known due to their exploits over the larger obstacles. In the case of 1999 victor, Bindaree, those larger obstacles were in fact the largest of them all, with the Nigel Twiston-Davies-trained runner going on to a famous success in the 2002 Grand National.

The most talented horse to come home in front here though was undoubtedly 2006 winner, Denman. Known affectionately as “The Tank”, this Paul Nicholls-trained warrior of a horse went on to land three Grade 1 chases – most famously of all when delivering a brutal front running display to win the 2008 Cheltenham Gold Cup by seven lengths.