The focus at Doncaster on the Saturday of the St Leger Festival will quite rightly be upon the final Classic of the season that is the St Leger itself. There is however another race on the card we look forward to almost just as much. This juvenile event has been won by a number of smart performers over the years and the 2020 edition will no doubt be well up to scratch.

The first Champagne Stakes was back in 1823 and since 1988 this has been contested only by colts and geldings. Colts who win here often go on to compete at the big season ending races for juveniles such as the Middle Park Stakes and Dewhurst Stakes, putting them in the frame for the following season’s classics.

This seven furlong Group 2 contest for juveniles will take place on good ground in 2020 with a prize fund of £60,000.

The St Leger Festival at Doncaster is about more than just the final Classic of the season. The three-year-olds may get top billing in the feature race of the four-day meeting but there are several big contests for two-year-olds, of which the Champagne Stakes is arguably the most important.

This 7 furlong race always includes some high level juveniles and that is certainly the case for the 2020 renewal. With good weather and almost perfect ground, we should be in for a cracking renewal of this brilliant showdown, but where should your money be going?

At this stage of the season it is usually apparent who the strongest two-year-olds in racing are. Therefore, it is unsurprising that favourites have such a good record in the Champagne Stakes. Threat, Too Darn Hot and Rivet Delight all won at short odds in recent years with the last two going on to claim Group 1 success and, indeed, Threat exclusively racing in Group level races as a three-year-old so far.

In total, eight of the last 12 winners of the Champagne Stakes went off as the favourite. Indeed, favouritism is the best indicator of success in the race with other trends fairly thin on the ground. Aside from having a previous run over 7 furlongs, it’s the quality and depth of a horses’ form that is most important and that is often reflected in the odds. The only problem with simply backing the favourite for this year’s Champagne Stakes is that the bookies cannot agree on whether to make Albasheer or Chindit their shortest priced option.

That Albasheer is vying for favouritism for the Champagne Stakes on the back of just one performance so far shows you just how good his debut performance was. His easy win in what looked to be a fairly strong novice at Doncaster prompted some experienced judges to claim that Albasheer could be one of the best horses that Owen Burrows has ever had. That is a big call about a trainer who has some very good inmates from Hamdan Al Maktoum, including another hugely promising two-year-old, Minzaal.

Clearly, Albasheer has a lot still to prove and the Champagne Stakes is a significant step up in class. He didn’t look like a horse in need of experience on his debut though. He looked like a horse who knew his job very well. Moreover, he won by over six lengths despite being given an easy ride by David Probert. The impression was that there was much more in the tank and he is only going to improve for having that race under his belt.

Connections are confident enough about Albasheer’s ability to enter him for the Group 1 Dewhurst Stakes in October, whilst he also holds an entry for next year’s Epsom Derby. This is a big step up but it is one that few people would be surprised to see Albasheer take in his stride.

When Chindit won his maiden at Doncaster by nearly two lengths it was marked up by many as a good performance. Richard Hannon’s colt looked as though he knew his job better than most on debut and was content to sit just off the pace as he travelled well for the majority of the race. He then picked up gradually to win without Pat Dobbs needing to do very much.

It was his attitude that was most taking from that debut win as there wasn’t really a hint of greenness despite there being a challenging headwind and ground that was softer than the official going in places to deal with. Had Chindit returned to Doncaster without another win he probably wouldn’t be challenging for favouritism for the Champagne Stakes. However, he confirmed the early promise with an even more impressive win against a higher standard of opposition in the Listed Pat Eddery Stakes on good to firm at Ascot.

The combination of his ability to win against a high standard of opposition, his likeable attitude and the fact that he has more experience than Albasheer means that Chindit is getting a lot of support for the Champagne Stakes. The only question is whether or not he has the out and out class to land a Group 2 prize.

As well as favourites have done over the years, you can never completely write off the chance of there being an upset in a two-year-old race. Winners have gone in at 7/1 and 8/1 in the last 10 years whilst more long shots have returned nicely for each way bets and State Of Rest could be the latest to do likewise.

Joseph O’Brien has had some very good success in the early days of his training career and he has done some excellent work with State Of Rest, even if he hasn’t won since his debut performance at Fairyhouse. Although he’s been unable to win, he has run with credit in some strong races and is sure to give each way backers a good run for their money for the 20/1 available, even if he is unable to finish ahead of both Albasheer and Chindit.

About the Champagne Stakes 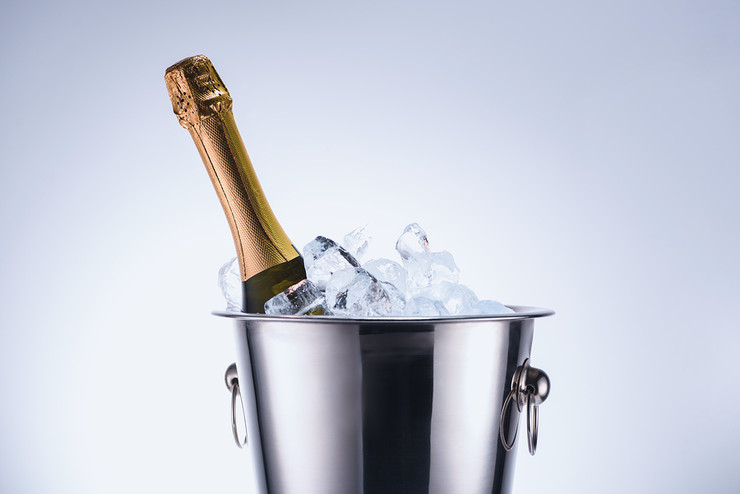 The Champagne Stakes is a flat race run at Doncaster racecourse in September of each year. The race is open to two year old colts and geldings, which, for the uninitiated, means male and castrated male horses. The contest began nearly 200 years ago back in 1823 and was first won by a horse called Swiss.

Originally the competition was open to both male and female horses and run over a distance of exactly one mile. In 1870 this distance was shortened to a sprint distance of six furlongs. More changes would follow and in 1962 this was lengthened to the intermediate distance of seven furlongs. After toying with the distance the next big change came in 1988 when the Champagne Stakes closed the doors on the fillies and mares meaning only male horses could enter.

The high-profile race is part of Doncaster’s showpiece meeting, the St Leger Festival, and takes part on the same day as the St Leger Stakes itself, the final day of this meeting. The best performing horses in the Champagne Stakes often go on to race in the slightly more prestigious Dewhurst Stakes which is held the following month at Newmarket and is over the same seven furlong distance.

As the race was first conceptualised nearly two centuries ago there is a long list of honours, and the most successful of those on the honours list graced the course a very long time ago. The record holding jockey is Bill Scott who claimed victory in this one a hugely impressive nine times from the very first race in 1823 on Swiss, to his final success in 1841, meaning he won nine out of the first 19 races.

The two most successful trainers in the Champagne Stakes have produced no fewer than 10 winners each and once again we have to dust off the history books to find them. John Scott, brother of the previously mentioned Bill Scott, also trained the very first race winner Swiss, then followed up nine times more and finished his run in 1861 with The Marquis. Equalling Scott’s record 10 wins is Mathew Dawson who first won in 1864 with Zambezi, and continued winning throughout the years, his last success coming with Ladas in 1893.

A Course of Interest

Over the many years that the race has been running it surely isn’t without its fair share of unusual events and talking points. There have been three dead heats so far, in 1886, 1904 and much more recently in 2005. There was also a dead heat in 1865 but Redan was announced as the winner when Lord Lyon’s owner refused to take part in a run-off to decide the victor. In 1867 Blue Gown won but was disqualified after he was found to be carrying undeclared weight.

For different reasons the race has not always gone ahead at Doncaster. The 1941 running of the event took place at Newbury and in 2005 it was held a little closer to home at York. The 1989 edition of this contest wasn’t run at all, the rather unusual reason being a bad case of subsidence at the course.

When looking at the most recent wins from the year 2000 (up to and including the 2019 race) it is clear to see that the modern era has some stand out winners. The legendary and evergreen Frankie Dettori has won six races in that time and is by far the most interesting prospect in the saddle, while there have been quite a few double-winning trainers in recent times who are still working in the sport today. 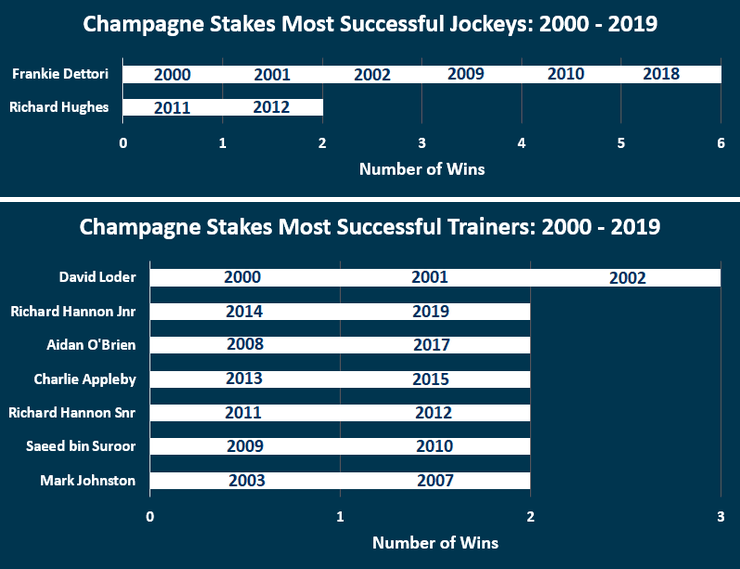 When making your selection be sure to check the horse’s previous runs at seven furlongs and how successful they are with a nine stone weight (that is if there is no penalty for a previous Group One or Two win).