British Champions Day at Ascot closes the curtain on the flat racing season in the UK. Several top-class events are scheduled including this race, the highly anticipated British Champion Stakes. The incredibly lucrative event is famously the one in which the unbeaten Frankel made his last ever competitive appearance in 2012.

Dating back to 1877, this race was run at Newmarket until the creation of the British Champions Day in 2011 when it became the country’s most valuable horse race. The Epsom Derby has edged ahead in the meantime, although in 2020 and 2021 the Champion Stakes had the biggest prize fund of any British race in those years.

About the British Champion Stakes 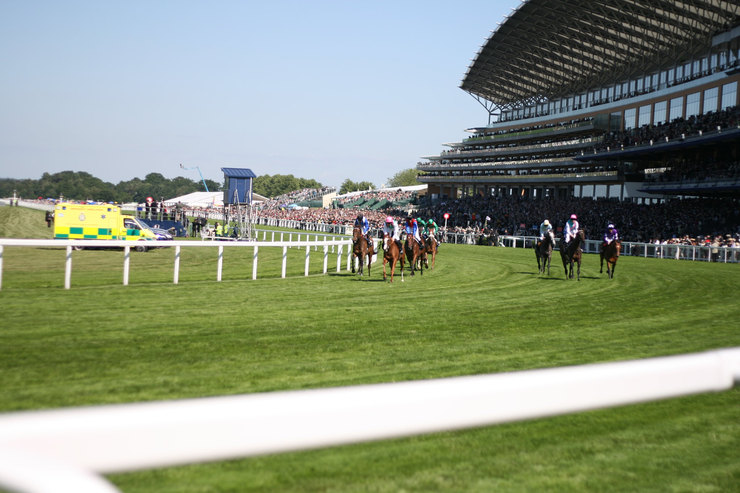 The Triple Crown has always been the Holy Grail of flat racing. Every trainer and owner dreams of having a horse who has the pace to combination of pace and stamina required to win the 1,000 or 2,000 Guineas, the Oaks or the Derby and the St Leger, but practicality dictates that flat racing is a specialist endeavour now.

Although there is a thriving stayers’ division, many of the very best and most expensively bought horses in racing stick to the lucrative middle distances. That much is clear by the quality of the fields assembled each year for the Champion Stakes, a race which plays the role of the final of the Middle Distance division of the British Champion Series.

The impressive history of the Champion Stakes begins in 1877. Then run at Newmarket, the race wasted no time in catching the attention of racing fans and the wider sporting public as it was won by a number of Classic winners in those early years.

The Champion Stakes continued with its impressive early pace and the one mile, two furlong contest quickly became one of the most important and lucrative races of the entire flat racing season. With winners of the calibre of Pretty Polly, Fairway and Rockfel before the introduction of the current grading system, it was no surprise that it became a Group 1 straightaway in 1971.

Not only has it remained at the top level since but the Champion Stakes has actually had its reputation boosted in more recent years. It was included in the Breeders’ Cup Challenge in 2009 and 2010 with an invitation into the Breeders’ Cup Turf for the winner and then became part of the new British Champions Series in 2011.

The Champion Stakes is now the final race in the Middle Distance Series after the Coronation Cup, the Epsom Derby, the Prince of Wales’s Stakes, the Eclipse Stakes, the King George VI & Queen Elizabeth Stakes and the International Stakes.

The importance of the race was hammered home with the increase in the prize fund to £1,300,000 in 2011 which saw the Champion Stakes become the richest flat race in Britain, an accolade that has been passed between the Epsom Derby and this contest since.

The middle distance ranks of flat racing has always included big stars. Some are bigger than others though and for many racing fans Frankel is the best of the lot. The superstar signed his three-year-old season off with victory on British Champions Day in the Queen Elizabeth II Stakes, and then returned a year later to end his career with another win in the Champion Stakes.

Frankel’s retirement to stud meant that he never got the chance to defend the Champion Stakes but it’s a feat which has been achieved before. Tristan is the only three time winner with victories in 1882, 1883 and 1884 although two of those wins were dead heats.

In total, 13 horses have won the Champion Stakes more than once. Two of those on the list, Lemberg and Dynamiter, were ridden by either one of the race’s most successful jockeys, Danny Maher and Charlie Elliott. Maher’s six wins all came inside an incredible decade at the beginning of the 20th century, whilst Elliott’s six triumphs range from 1923 to 1952. If it’s unlikely that either jockey will have their record beaten then it’s nigh on impossible that any trainer will surpass Alec Taylor Jr’s tally of eight wins (recorded between 1903 and 1925).