We have a real firecracker of a card to look forward to at Ascot in October as they lay on their annual celebration of all things flat with the QIPCO British Champions Day. All bases are covered on the six-race card, from the fabulous fillies to the iron-lunged stayers, but the fastest of the six contests is run by the sprinters over 6f in the QIPCO British Champions Sprint Stakes.

Although the first Champions Sprint Stakes was run in 2011, this race actually dates back to 1946 when it was known as the Diadem Stakes. That first running was won by The Bug who confirmed his position as the country’s best sprinter, winning the Diadem after victories in the Wokingham Stakes, July Cup and Nunthrope Stakes that same season.

More recently some of the best sprinters in the business have had success in this race including Slade Power in 2013, Muhaarar in 2015 and The Tin Man in 2016.

The 6f British Champions Sprint Stakes is a straight dash from the mid point of the track extension to the east of the track.

About the British Champions Sprint Stakes 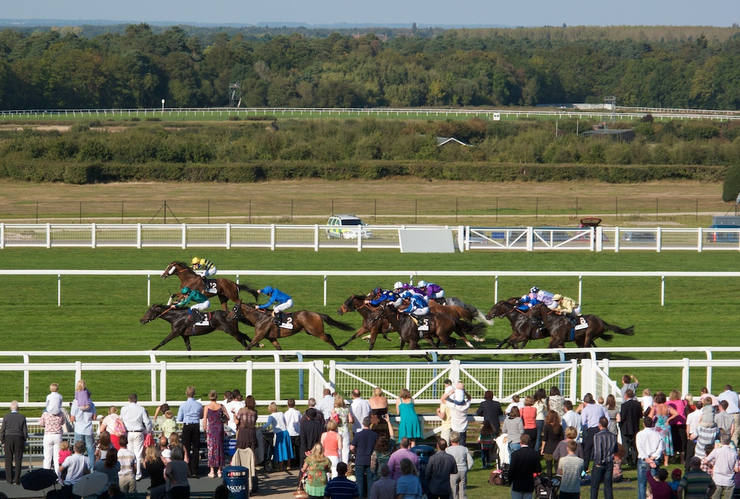 Sports administrators are always looking for ways to grow and win over more fans. One of the best ways of capturing people’s imagination is by creating a long running narrative and in that regard the introduction of the British Champions Series has done wonders for the flat racing season on the turf.

The Sprint Series is one of the five divisions, all of which have their final race run on British Champions Day which takes place at Ascot in October. The British Champions Sprint Stakes is the divisional final for the fastest horses in training and follows on from a run of prestigious sprints, namely the King’s Stand Stakes, Commonwealth Cup, Platinum Jubilee Stakes, July Cup, Nunthorpe Stakes and the Haydock Sprint Cup.

Many of the leading runners and riders from those big races will head to Ascot for a chance to win the British Champions Sprint Stakes. It’s not just the chance to be crowned the winner of the Sprint Series, the race provides a handsome prize of its own with over £283,000 going to winning connections in 2022.

A RICH HISTORY BEFORE 2011 CHANGES

Before this race adopted its current name, the British Champions Sprint Stakes was known as the Diadem Stakes. The name paid homage to Diadem, a fine mare who won many of Ascot’s most prestigious and valuable sprint races. It was fitting, then, that the race took place over six furlongs. For many racing fans that is the ideal sprint trip as it demands incredible pace to win at the Group 1 level (the level at which the British Champions Sprint Stakes has been run since 2015) but is also a long enough trip to bring tactics and a certain amount of stamina into play.

The very best sprinters have been competing in this race since it was introduced in 1946. It would likely have been held in even higher regard earlier were it not a slight victim of its scheduling though. It’s always been held in either September or October which brings in the chance of softer ground than is ideal for many horses whilst the effects of a tough season can cause some stars to miss out through injury.

Punters who like to analyse the trends in the search for a winning bet have a host of historical stats to pour through. The trends will show that younger horses have had the best of it in recent years so three and four-year-olds are rightly favoured in the betting. The advantage that younger horses have is one of the main reasons why only two horses have won the race more than once. Set Fair won in 1952 and 1954 whilst Jack And Jill became the first horse to successfully defend the race with wins in 1958 and 1959.

The much revered Lester Piggott holds any number of records on the flat and it’s he who has the most wins as a jockey in the history of the British Champions Sprint Stakes. His first win came on Abergwaun in 1971 with his seventh and last coming in 1983 on Salieri. For the first four of his wins, Piggott teamed up with trainer Vincent O’Brien. He knew more than most about sprinters but was never able to break the long standing record of four wins as a trainer in this race set by Walter Nightingall who trained both two time winners, Set Fair and Jack And Jill.

Many of the biggest names currently in training have got their hands on the British Champions Sprint Stakes but no yard has been able to dominate. The unpredictability of the race is reflected in the variety of prices that the winner has gone in at in recent years which ranges from 5/2 favourites to 33/1 long shots. 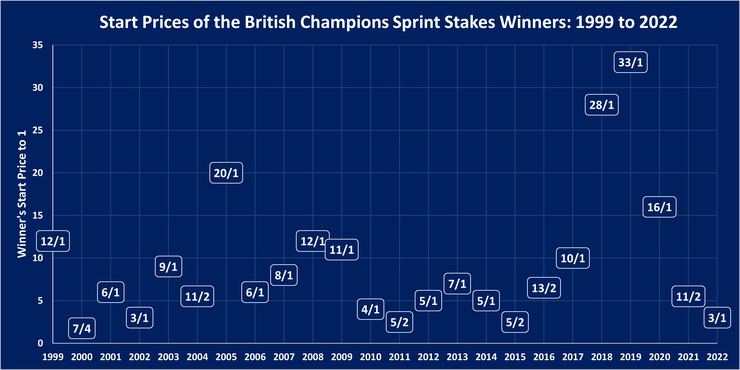