One of the headline acts of Royal Ascot’s penultimate day is the recently introduced Commonwealth Cup.

Since initially replacing the Buckingham Palace Stakes in 2015, it has quickly established itself as an important part of the five-day festival.

Prior to 2020, geldings were eligible to compete in this sprint which is exclusively for three year olds, the only Group 1 flat race where this was the case. This rule changed after the 2019 race, with geldings excluded from that point.

The Commonwealth Cup begins at the 6f marker, around halfway along the track extension to the east of the course.

About the Commonwealth Cup 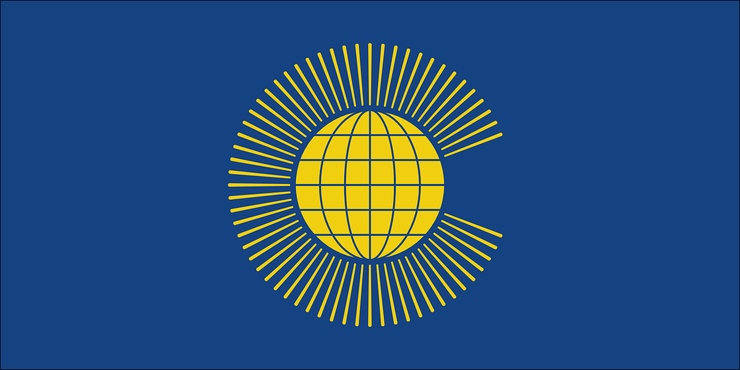 A shake up of sprint events across Europe triggered the introduction of the Commonwealth Cup in 2015. Replacing the discontinued Buckingham Palace Stakes, which has since returned in 2020, on day four of the stupendous Royal Ascot meeting, it took no time in making headlines with a high class field of sprinters trying to take the inaugural prize. Now well recognised as one of the leading six furlong races on the continent, sprint races don’t come much bigger than this.

Usually top three-year-old sprinters would head for the Platinum Jubilee Stakes at Royal Ascot but the age requirements changed the year the Commonwealth Cup first ran. The more established six furlong race is now only open to horses four and up, leaving this event as a strictly three-year-old only affair. There are no other entry limitations however with fillies welcome and able to enjoy a 3lb allowance if prepared to battle it out with the boys.

A three pounds allowance to a half-ton horse may not sound a lot but it’s often said that one pound of weight equals one length in distance. Sprint races tend to be closely fought things so the fillies’ weight advantage in this race is not something you want to dismiss. The race is too young to draw any significant trends from but the short history of fillies below suggests they’ll continue to fare well in this race. Note that there is no record for 2017 as that year no fillies took part.

This race definitely carries some global appeal but horses born just the other side of the Irish Sea have stood out the most, as is so often the case. Although Irish horses are regularly a prominent part of the field, they have been over represented among those finishing high up the pecking order. 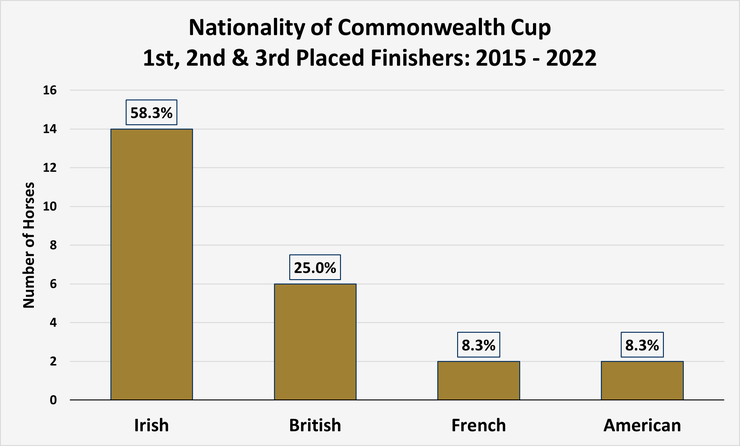 Much like with the fillies, it’s too early to tell if this trend will last but early signs suggest it’s something you’ll want to bear in mind for future renewals.

Goodbye and Welcome Back to the Buckingham 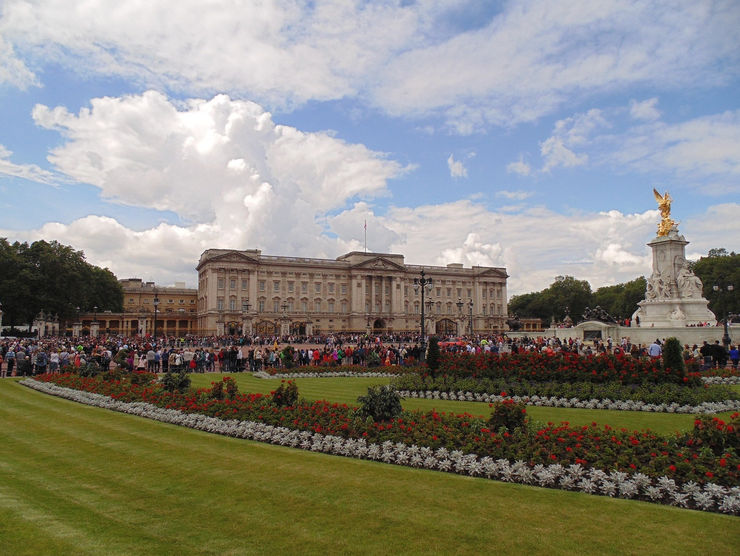 You’ll have struggled to find anyone voicing their opposition to the Commonwealth Cup’s introduction but it did come at the price of another event. The Buckingham Palace Stakes, a popular seven furlong handicap, was the race that made way having lasted just 12 years. While it was not a contest of any great historical significance, it did stand as the only handicap of such distance at Royal Ascot.

Fans of the event asked why it was not possible to simply have seven races on one day, a common feature among many large meetings. Others would have preferred one of the Ascot Stakes or Queen Alexandra to have dropped out but the decision was made.

Organisers have since yielded to this request with seven races now featuring on each of the five days. The Buckingham Palace Stakes made a return a return to an expanded Royal Ascot in 2020 as has remained in place since. It was run as the very first race of the meeting in 2020 and has now become a permanent fixture once more running as the final race of day 3.

HALF A MILLION POUND MARK BREACHED

The idea behind the Commonwealth Cup was to create a “more balanced programme and better opportunities for high class sprinters.” Having a new Group 1 race has certainly helped achieve this and its inaugural appearance saw a near £400,000 purse entice the best trainers and owners to bring their horses to the party. Just three years later, in 2018, the prize fund had leapt nearly 20% higher, reaching half a million pounds for the first time. At the rate it’s going, it will soon overtake the Coronation Stakes as the most valuable race on day four of Royal Ascot. 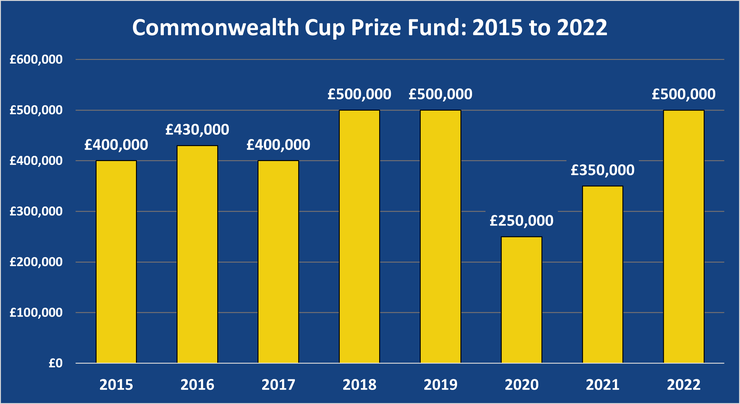