Horses too old for the Derby and Oaks at Epsom still have a chance to impress on the big stage thanks to the Coronation Cup. Run over the same distance as the two Classics, this fine event is only open to horses four years old and above.

Doing a double is something very rarely seen though, the last horse to manage that being Time Charter (1982 and 1984). St Nicholas Abbey famously won this race on three successive occasions between 2011 and 2013, an achievement no horse has been able to match to date.

The 1m 4f Coronation Cup has the same start point as both the Oaks and the Derby. Starting at the end point of the far side of the course, runners make a slight right hand turn before traveling anticlockwise around the course and joining the home straight.

About the Coronation Cup 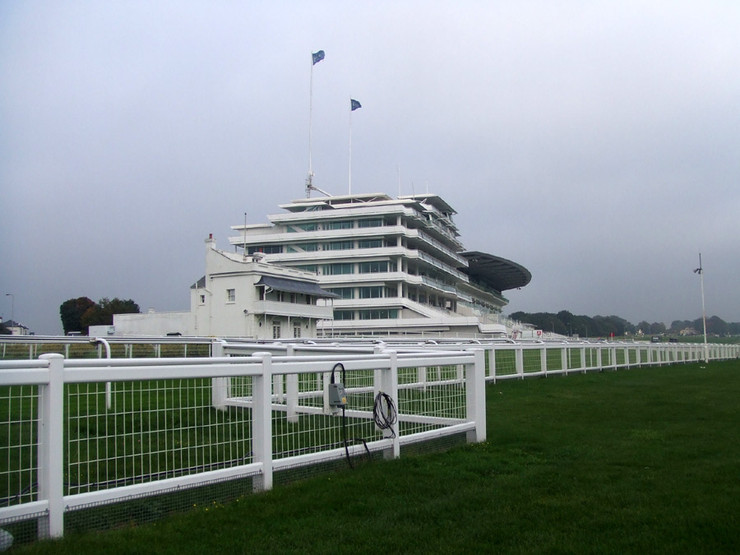 The Derby Meeting at Epsom Downs each year in June is undoubtedly one of the big highlights of the whole flat season. Headlined of course by the world’s most famous Classic on the Saturday, the Derby; that jewel in Epsom’s crown is just one of a number of high class contests to take place over the two days of the meeting.

With the middle distance three year old colts catered for in the Derby, and the Classic generation of fillies having the Oaks to aim at, it is only fair that the top-notch older performers in training also have a valuable prize to target. That prize is the Coronation Cup.

Taking place on the opening Friday of the meeting and held over the same 1m4f course and distance of the two classic contests, this is effectively the “Derby” for runners aged four and over, and is open to both fillies and colts.

Introduced way back in 1902 to commemorate the coronation of King Edward VII, this contest now has well over 100 years of history behind it. Having been around for so long it is no surprise to see a number of the all-time greatest jockeys featuring on the roll of honour here, from the great Sir Gordon Richards, through to Frankie Dettori in more modern times. 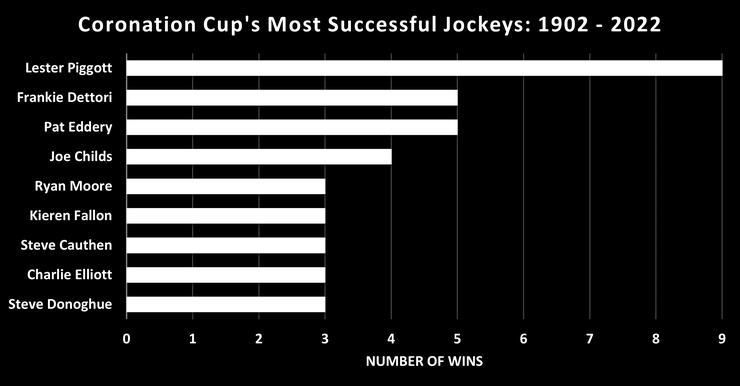 No one has fared quite so well though as the great Lester Piggott. Beginning with the success of Zucchero in 1953 and ending with Be My Native’s triumph 30 years later in 1983, the “Long fellow” racked up a record setting nine wins in the race, putting him four clear of his nearest challengers Frankie Dettori and Pat Eddery.

The place atop the training tree in this race is occupied by an Irishman who is still going strong but has already forged his place in racing legend. No one readies one quite so well for a Group 1 challenge as Aidan O’Brien. True he has a lot of ammunition at his disposal, but his record in these top tier events since the turn of the century is still nothing short of sensational. That Group 1 success includes a record setting eight wins in this event, with the likes of stayer supreme Yeats (2005), globetrotting great Highland Reel (2017) and Irish Derby winner Fame And Glory (2010) featuring amongst his winners.

Emphasising the often international appeal of this race, it is multiple French Champion Trainer André Fabre who lies second on the list with six wins in all, with In The Wings (1990) and Swain (1996) amongst those to carry the prize back across the Channel.

NICHOLAS OUT ON HIS OWN

Being open to all runners aged four and older, it is quite possible for previous winners to return to Epsom in an effort to defend their crown. With new four year olds emerging on the scene year after year, to do so is no mean feat. But we do have a number of multiple winners featuring on the list of previous winner here. Petite Etoile, Pretty Polly, The White Knight, Triptych and Warrsan were all double winners of the race.

Out on his own in front though as the only horse to win the race on three separate occasions is one of Montjeu’s most famous sons, St Nicholas Abbey. Hailing form the yard of Aidan O’Brien (who else?), this horse, who landed close to £5 million in total prize money during his career, was a six time Group 1 winner, including this race in 2011, 2012 and 2013.