The Tattersalls Gold Cup is normally run during the Irish Guineas weekend in the traditional May slot.

This race has history dating back to 1962 but in those days it ran as the Ballymoss Stakes at Tipperary Racecourse. It’s undergone several changes since while gradually establishing itself as one of Ireland’s top middle distance events.

Since this race was promoted to Group 1 in 1999, there has been a string of high-class winners such as two-time champions Al Kazeem and So You Think. Trainers have been happy to send their best to compete in this race partly because the Curragh is such a fantastic course.

The 1m 2½f Tattersalls Gold Cup begins on the opposite part of the track to the position of the main grandstands on the apex of where the course turns back towards the finish line. The race tracks the bend in the course moving clockwise before entering the home straight.

About the Tattersalls Gold Cup: Group 1 Action at the Curragh 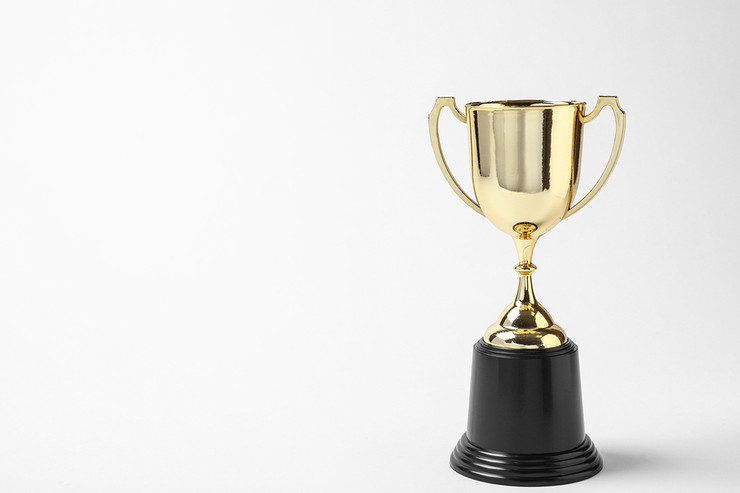 The Tattersalls Gold Cup is a horse race run on the flat at the Curragh racecourse in May of each year (though was July in 2020). The contest is usually only open to thoroughbreds which are aged four years and older although in 2020 three year olds were able to compete. Throughout the years only four horses have managed to claim a double in the event. Yankee Gold in 1976 and 1977, So You Think in 2011 and 2012, Al Kazeem in 2013 and 2015 and lastly Magical in 2019 and 2020.

As the race is a Group 1 affair it only attracts the best horses, trainers and jockeys that are present in the world of horse racing. This is quite clear when looking at through the list of honours over the years. As it stands the most successful jockey is Michael Kinane who has triumphed in this one at the Curragh a record six times from 1987, when he won with Cockney Las, to 2003, when he was victorious on the back of Black Sam Bellamy.

Leading the way amongst the trainers, with nine wins of this race, is Aidan O’Brien. He claimed victory for the first time in 2003 with the previously mentioned Black Sam Bellamy, and achieved his last win to date in 2020 with Magical. Dermot Weld is the only trainer close to O’Brien with six wins in this Curragh Group One contest. 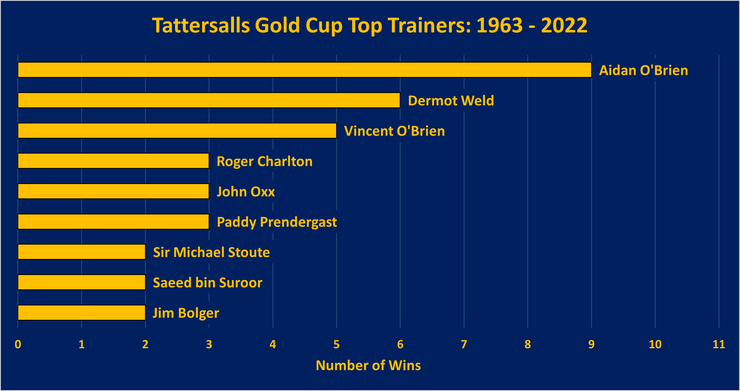 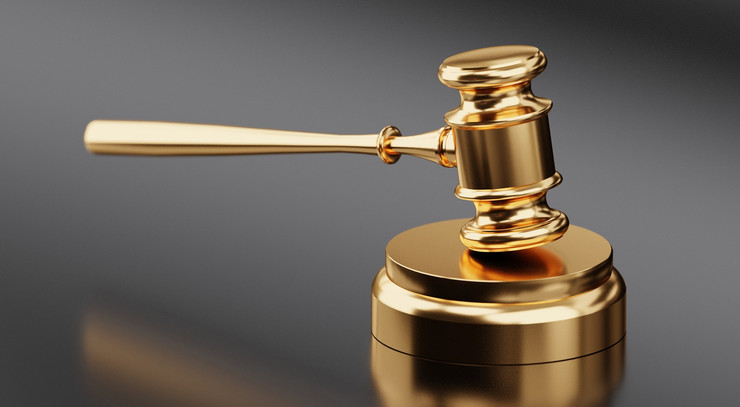 When the event was first established in 1962 it was first called the Ballymoss stakes, after the very successful Irish-trained horse of the same name. The race was run over a mile and two furlongs and three year olds were also allowed to enter. Renamed as the Rogers Gold Cup in 1984, the race rules were changed a year later do that the minimum age was raised to four. When sponsored by Tattersalls the name changed to the Tattersalls Rogers Gold Cup before gaining its present title in 1993.

The prestigious event had held a status of being a Group 2 event, until in 1999 it was upgraded to a Group 1 contest. It is from its change in 1999 to becoming a Group 1 affair that we find it best to compare the records in order to understand what trends appear between the winners.

Although this is definitely interesting, there tends to be a large number of horses aged within this range in the field, so it is also good to look at the trends regarding winning trainers and jockeys.

The leading trainer and jockey who are still active are Aidan O’Brien and James Doyle respectively. But always be sure to check out the other big hitters who are involved in this race, and the records of the horses they are entering, as previous trainer and jockey form can only amount to so much.