The fifth race on the opening day of the Cheltenham Festival sees some of the finest mares compete over two and a half miles for this Grade 1 title. The winner will receive a trophy named in memory of David Nicholson who was a both a successful jockey and National Hunt trainer.

The Mares’ Hurdle hasn’t always been the most well respected race since its introduction to the Cheltenham Festival in 2008. It’s still a little hidden away after the feature race of the first day of the meeting but the Mares’ Hurdle has produced plenty of top class drama over the years and has been won by some very good horses. This year’s renewal is shaping to be particularly exciting with brilliant duo Benie Des Dieux and Honeysuckle leading the way and a couple of tempting long shots lurking a little further down the betting.

The David Nicholson Mares' Hurdle is one of the newer races at the Cheltenham Festival. It was introduced to give some of the leading mares in racing the chance to face off against their own sex. Although the idea was to see some very close run contests, the early stages of the race were dominated by one horse – the legendary Quevega.

Willie Mullins’ wonder-mare won the race an incredible six years on the spin which has understandably had a significant impact on the Mares’ Hurdle stats. For four of her six wins, Quevega was sent off as the odds-on favourite while her official rating (and obviously her age) climbed with every year. Her record and the relatively young age of the Mares’ Hurdle means that it is tough to look at previous renewals to try and profile a winner and even if we do we have to be very cautious given her impact on any “trends”.

Things have become a lot less predictable in the Mares’ Hurdle since Quevega left the stage. Vroum Vroum Mag is the only favourite to get the job done since and although you couldn’t call Apple’s Jade or Benie Des Dieux surprise winners, few had picked out Roksana as last year’s winner at double digit odds.

When Benie Des Dieux won the 2018 Mares’ Hurdle it looked as though Willie Mullins had found another horse who would dominate this race for a prolonged period. She upset the 1/2 favourite, Apple’s Jade, as she utilised her excellent jumping and ability to run on soft ground to full effect. However, last year she became a high profile casualty herself when she fell at the final flight to let Roksana in, having looked home and hosed.

That fall last year was eerily similar to Annie Power who was looking equally strong when she got it all wrong late on in 2015 to save the bookies from a Mullins battering on day one. All sorts of theories have emerged as to why both horses fell when Ruby Walsh appeared so confident and the big fear is that her fall last year leaves a mental scar from which Benie Des Dieux cannot recover.

The fact that the best price you can get on Benie Des Dieux for the Mares’ Hurdle is 8/11 suggests that most punters are now convinced that there will be no hangover from last year. She’s won every race since Cheltenham 2019 and deserves her place at the top of the market but there’s no doubt she faces some very good rivals on Tuesday.

The decision by connections of Honeysuckle to run her in the Mares’ Hurdle is one of the most interesting developments in the days leading up to Cheltenham 2020. The six-year-old had been well backed in the ante post markets for the Champion Hurdle and would likely have been sent off for that massive contest as the favourite. Given that the prize fund for the Mares’ Hurdle is £120,000 compared to £450,000 for the Champion Hurdle, it’s certainly an eye-opening call.

There are two major reasons why connections would have gone down this route. The first is that they feel Honeysuckle has what it takes to get the better of Benie Dex Dieux, a horse that some argue is the better hurdler around. The second reason is that the bulk of Honeysuckle’s best form has come over the 2m4f trip of the Mares’ Hurdle and they just thought that she would find it tough to justify her favouritism in the Champion Hurdle over 2m.

Sending a horse to the Mares’ Hurdle rather than the Champion Hurdle would usually be criticised as taking the easy option. That is very much not the case this year with Benie Des Dieux to beat and Honeysuckle’s connections may just be rewarded with the six-year-old pulling off a big win before returning to Cheltenham next year with a different assignment.

It would be a surprise if the top two in the betting for the Mares’ Hurdle were not the first two home on the day. The bookies are paying out to three each way places though and there are several mares in the field who have a chance of winning the race to be the best of the rest and, at the odds, reward those who back them for a place.

Phil Kirby very much hopes that his leading mare, Lady Buttons, will be the one to put up the stiffest challenge to the market principles. His 10-year-old has already shown this season that she has sufficient fuel left in the tank with a couple of wins at Doncaster over the last couple of months to raise hopes of something special at Cheltenham.

Lady Buttons ran pretty well for a fourth place finish in last year’s Mares’ Hurdle and there is no obvious reason to suggest she’s unable to reach similar levels 12 months on. A place could well be on the cards at the really tempting price of 20/1.

About the Mares’ Hurdle: First of the Female Only Festival Contests 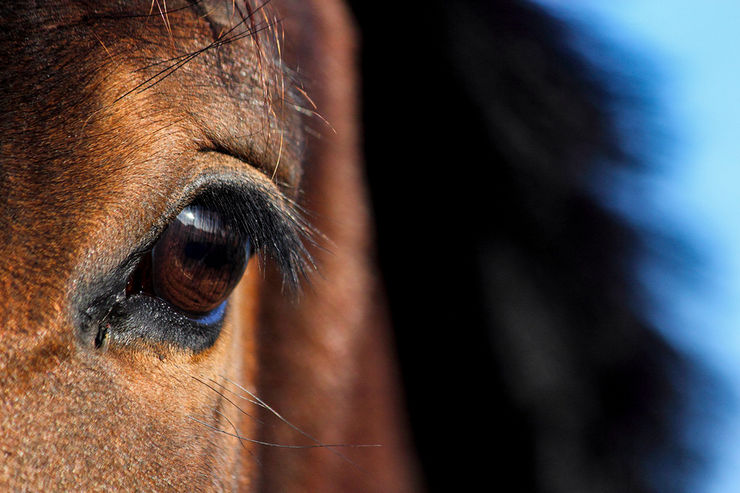 The Cheltenham Festival is a British sporting institution. It’s been attracting racing fans to Prestbury Park since 1860 and continues to grow in popularity thanks to the organisers’ desire to never rest on their laurels. The desire for continual improvement saw the addition of a fourth day at the Festival which, in turn, saw the creation of several races in the years that followed.

The Mares’ Hurdle is one of those which became part of the Cheltenham Festival in that time. This 2 mile 4 furlong race, which is open to four year old mares and older, was inaugurated in 2008 when it was named after the popular, late former jockey and trainer, David Nicholson, who had died two years previous. It’s still registered as the David Nicholson Mares’ Hurdle but is now officially known as the Close Brothers Mares’ Hurdle as of 2020 when that company took on sponsorship.

The name is not the only thing to change about the Mares’ Hurdle since its introduction. Having been initially introduced as a Grade 2 race, it was promoted to Grade 1 level in 2015. The Mares’ Hurdle has also switched from the last day of the Festival to the first and therefore from Cheltenham’s New Course to the Old Course.

The relatively unheralded Whiteoak won the first Mares’ Hurdle but from then on it was all about one horse – Quevaga. The wonder-mare won this race an incredible six years in a row. The Willie Mullins-trained French mare was accompanied each time by Ruby Walsh. 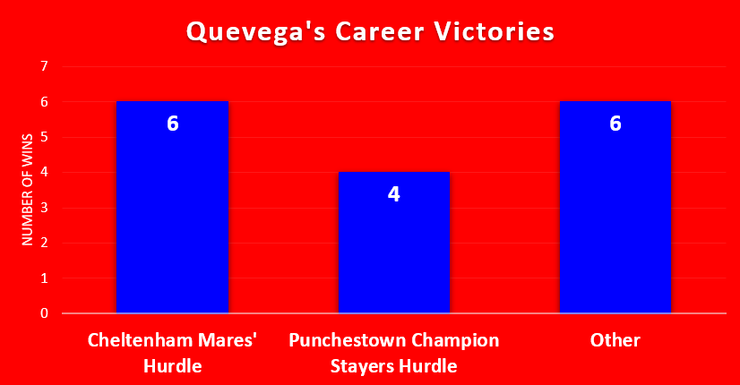 Younger mares have a better record than older ones which makes Quevaga’s wins from five to 10 years of age all the more impressive.

Mullins the Man to Beat

Mullins and Walsh teamed up for further Mares’ Hurdles wins with Vroum Vroum Mag and Benie Des Dieux, whilst Annie Power’s failure in 2015 was one of the biggest shocks of that year’s Festival (Mullins still trained the winner that year as Glens Melody made the most of the favourite’s late fall). 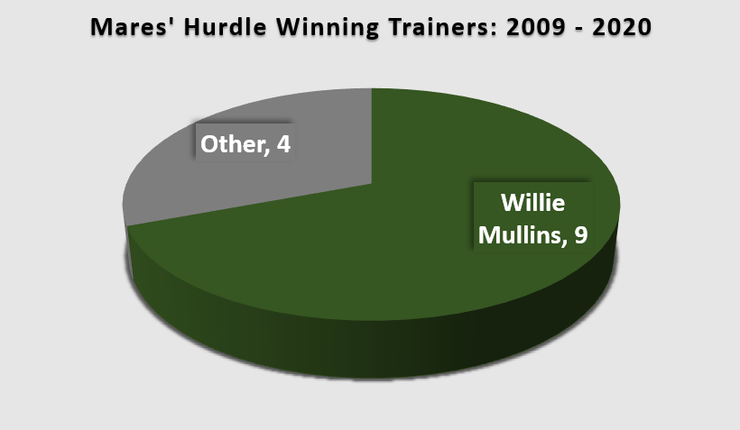 Mullins’ domination of the Mares’ Hurdle could well go on for some time but other trainers with big reputations including Gordon Elliott, Nicky Henderson and Harry Fry regularly target their best mares for this big prize. With Mullins boasting nine wins from the first 11 renewals of this great race the rest have some serious catching up to do though. 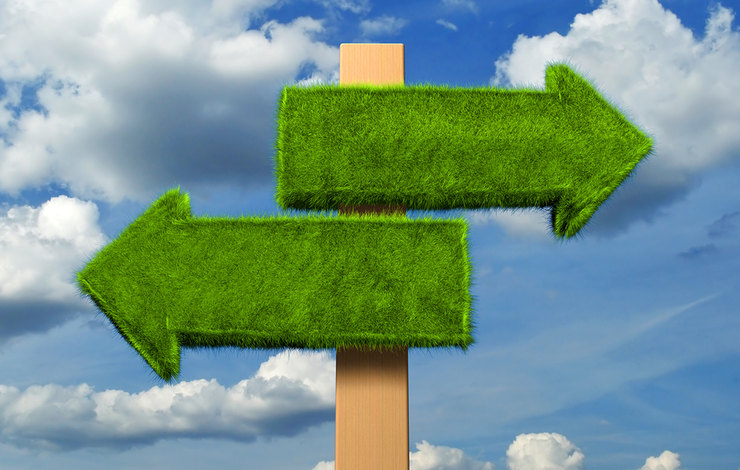 As the Mares’ Hurdle comes on the first day of the Cheltenham week, it’s one of those races which attracts entries from horses with multiple Festival options. This means the ante post betting can be a little quiet, with bettors unsure if their fancies will take up their opening day engagement.

As punters may choose to keep their powder dry, the bookies do offer some tempting options in the early betting so it can be worth taking a speculative punt or two even before the final line up is confirmed. Another thing to consider is that the lack of a novices’ chase for mares means some international horses who have been competing over fences will often be reverted to hurdles for a crack at the winner’s prize which was almost £70,000 in 2020.