The top-notch Christmas Grade 1 action continues to roll on here, with one of the festive period’s big racing highlights coming over in Ireland as Leopardstown lays on this excellent hurdle contest. The race regularly sees a clash between the most powerful yards in the Irish racing game, with horses such as Brave Inca, Nichols Canyon and Hurricane Fly gracing the winner’s enclosure in recent times.

First run in 1986, this race is commonly known as the December Festival Hurdle though has had numerous names due to sponsorship and was even called the Istabraq Festival Hurdle after the four time winner of the contest. The race comes on the final day of Leopardstown’s Christmas Festival.

Irish racing fans are treated to some cracking meetings over the festive period. Sunday’s card at Leopardstown is among the real highlights with the Matheson Hurdle being the standout contest. This Grade 1 contest over a distance of two miles has been used by some of the best hurdlers around in their preparations for the Cheltenham Festival and we have a suitably strong field to enjoy for the 2019 renewal.

The Champion Hurdle at the Cheltenham Festival in March is the main target for most of those who have been declared for the Matheson Hurdle. Hurricane Fly regularly competed in the Leopardstown race as part of his preparations for the Champion Hurdle and completed a hat-trick of Matheson Hurdle wins between 2012 and 2014 with the first of his four wins coming in 2010. Others to have won both include Istabraq and Brave Inca which gives you an idea of just how high profile this race is.

Willie Mullins and Paddy Mullins have both trained the winner of the Matheson Hurdle on six occasions. The former has a very good chance to take the record for himself with the favourite for the 2019 renewal, Klassical Dream. Were the five year old to win, he would become the first winning favourite since Nichols Canyon won in 2015. Take a longer term look at that trend though and you will see that six of the last 10 winners went off as the favourite.

Given that this is such a high class race, it always demands an excellent performer from the eventual winner. Those coming off their novice campaign can win but previous Grade 1 winning form is important.

Heading into the Matheson Hurdle, Klassical Dream is the second favourite for the Champion Hurdle. The five year old still has a lot to prove, particularly on the question of whether or not he can get it done at the top level against open competition, but he does have winning form at the Cheltenham Festival. He won the Supreme Novices’ Hurdle last year, getting the job done at a decent price of 6/1.

Although Klassical Dream already had Grade 1 winning from before he made it to Cheltenham, he was a fairly surprising winner. The quality of that display made some suggest that he should go on to become a novice chaser straight away but his follow up win in the Herald Champion Hurdle confirmed for connections that he would stay over hurdles.

His position in the Champion Hurdle ante post market weakened somewhat after a disappointing performance in the Morgiana Hurdle for which he was the 2/5 favourite. He was too keen in the early stages which clearly hurt his chances but is still entitled to improve for that run, just as he did for every run last year. He will certainly need to improve given the calibre of his opposition on Sunday but Klassical Dream has every chance of reminding everybody just how good he is at a price of 11/10 which is more than fair.

The bookies have Coeur Sublime as the horse most likely to get the favourite beaten in the Matheson Hurdle. Gordon Elliott would very much love for that to be the case as he bids to get the better of Willie Mullins in the hunt to be named the champion trainer and he is in no doubt that his four year old could be something very special indeed.

Elliott has long since seen Coeur Sublime’s quality back home but even he was surprised to see him run Pentland Hills so close in last year’s Triumph Hurdle at the Cheltenham Festival. He followed that up with another strong performance in a Grade 2 race at Fairyhouse before being rested for the summer. He returned to action in the WKD Hurdle at Down Royal at the start of November. He was not missed by the bookies but all of those who got on at 7/4 were happy with that price and even happier when Coeur Sublime romped home by an impressive 15 lengths.

Questions remain about whether or not he has the class to be a genuinely top level competitor. There are also questions about whether this two mile trip will be a little too short for him but the 3/1 that you’ll find about his chances is sure to attract a lot of support in the betting.

Connections and fans of Petit Mouchoir can be forgiven if they were rather fretful at the start of the season. It looked towards the end of last season as though the eight year old was running out of time competing at the top level and some even went as far as to suggest that he be stood down and allowed to enjoy his retirement.

Not only has he been kept in training, but Petit Mouchoir has shown in his two performances this season that there is life left in him yet. He started strongly without being able to sustain his run in October before a better showing landed second place in the Morgiana Hurdle. That improvement showed that he was in need of the run in October and that he has lost none of the heart that characterises a horse who loves to run from the front. Whatever happens on Sunday, you can be sure that Petit Mouchoir will play his part. 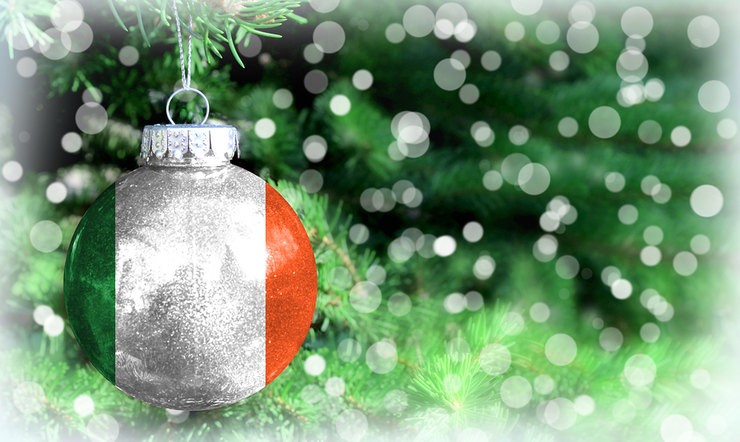 All the presents may have been unwrapped, and the Christmas dinner polished off for another year once Boxing Day rolls around, but for racing fans the festive period really is the gift that keeps on giving. Kempton’s King George Meeting takes centre stage on home soil, whilst over in Ireland we have four whole days to get stuck into at Leopardstown’s Christmas Festival.

One of the highlights of the fourth and final day of this high-class event is this Grade 1 hurdle open to runners aged four and older. Held over a trip of two miles, with eight hurdles standing between the competitors and glory, the race was first held at the Dublin venue in 1986, but didn’t gain Grade 1 status until 2002.

A popular contest ever since that inaugural running, the race has benefitted from significant commercial backing over the years; Paddy Power and Ryanair are amongst those to have lent their support in the past, with Matheson taking over ahead of the 2019 edition.

We have some huge names on the list of top trainers for this contest, including possibly the greatest flat trainer of all-time in Aidan O’Brien; one of the most successful modern day female handlers in Jessica Harrington; and a man in Dermot Weld who’s bulging CV boasts just about the full spectrum of success, ranging from the Melbourne Cup to the Irish Grand National.

It is however a famous father and son duo who hog the top two spots in the standings. Ten- time Irish Champion jumps trainer, Paddy Mullins, being the man to set the benchmark when landing the prize for a sixth time in 1994. Aidan O’Brien then came close to joining him at the top – picking up the prize for a fifth time in 2005; but it was Paddy’s son Willie Mullins who finally took over at the head of affairs, courtesy of Sharjah’s back-to-back victories in the race in 2018 and 2019. Seemingly far from hanging up his hat, it would no surprise should Willie Mullins add to his haul before calling time on the most illustrious of careers.

We have had five multiple winners of this race over the years, including Grabel who landed three consecutive editions between 1988 and 1990, with Willie Mullins interestingly being the man in the saddle for the last of those successes.

Bettering even that achievement though are two of the greatest hurdlers of all time, in the shape of Aidan O’Brien’s three-time Champion Hurdle winner, Istabraq, and Willie Mullins’ very own dual Champion Hurdle hero, Hurricane Fly. In addition to those never-to-be-forgotten triumphs at the Cheltenham Festival, both horses each also managed to win this on no fewer than four occasions. Hurricane Fly’s final success in 2014 at the age of 10 also put him out on his own as the oldest winner in the history of the event (as of 2019)

Having also entered the winner’s enclosure aboard Novello Allegro (1992) and Theatreworld (1996), it is Istabraq’s loyal jockey Charlie Swan who is out on his own at the head of the jockey standings, with six wins in all. On board Hurricane Fly for all bar one of his victories, Ruby Walsh lies in second spot, with a total of five wins.