The Cheltenham Gold Cup is, by many indicators, the biggest National Hunt race of the season. It’s not the only Gold Cup run at Cheltenham racecourse though. The AIS December Gold Cup, which was previously known as the Racing Post and Caspian Caviar Gold Cup has taken place annually at Cheltenham since 1963.

It’s a very different race to the March Gold Cup though, as it is run over a distance of 2m4½f, includes 17 fences for the horses to overcome and is held at Grade 3 level. The December Gold Cup is also a handicap and a very competitive one at that.

About the December Gold Cup: Handicapping Highlight At Prestbury Park

For the majority of jumps racing fans, it is the Cheltenham Festival which represents the season’s ultimate destination. There is nothing wrong with that, of course, with the four-day bonanza representing one of the very best sporting events of the year for our money. There’s plenty of racing to be enjoyed before the big event comes around each season though, including a steady stream of quality fare from Cheltenham racecourse itself.

One of Cheltenham’s highlights of the winter months is this 2m4½ Grade 3 handicap chase affair, open to runners aged four and older. First run in 1963 when coming into being as the Massey Ferguson Gold Cup, the contest maintained this title until 1980, since when it has been backed by a variety of sponsors, including Boylesports and a spinal research charity, Caspian Caviar between 2014 and 2020, the Racing Post in 2021, with AIS taking over ahead of the 2022 renewal.

Held on the New Course and featuring 17 fences in all, the race regularly attracts runners from the Paddy Power Gold Cup which is run under similar conditions and held on the Old Course here in November.

Open to all runners aged four and older, the youngsters have tasted success only occasionally, with the Paul Nicholls-trained duo of Unioniste (2012) and Frodon (2016) being the only runners to defy their relative inexperience and score at four years of age.

As we can see from the above chart though, it is the six to eight year old age bracket which has dominated in this contest, with almost 70% of the winners between the years of 1963 and 2021 falling into this category.

The list of leading trainers is headed by two greats from yesteryear, and two of the most successful handlers in modern times. Gordon Richards and Fred Winter won’t be adding to their haul now, but fellow three-time winner Nicky Henderson may well do, and could yet threaten the all-time lead held by his major rival on the British training scene. 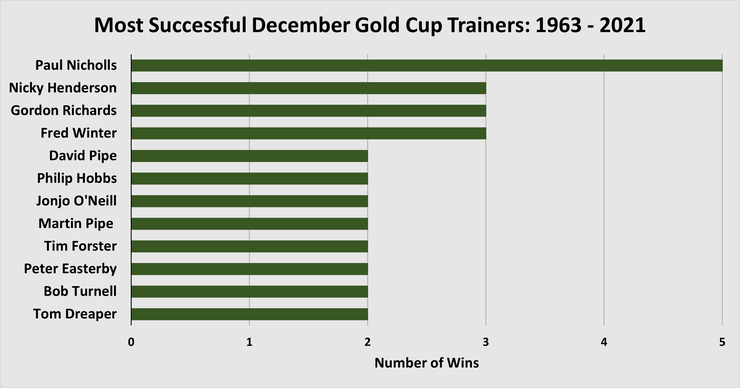 It is the name of 11-time British Champion trainer Paul Nicholls which currently heads the table here. Successful four times in Cheltenham’s most famous of all the races at The Festival in March, the Cheltenham Gold Cup, Nicholls has done even better in this race, with the victory of Frodon in 2018 being his fifth in total.

Frodon deserves special mention here, with that 2018 success being his second in this race, making the future Ryanair Chase champ just the second dual winner of this ultra-competitive event. The first to achieve that feat was Poquelin who landed back to back renewals in 2009 and 2010. The trainer of Poquelin? None other than Paul Nicholls.

Bolt The Best Of The Lot 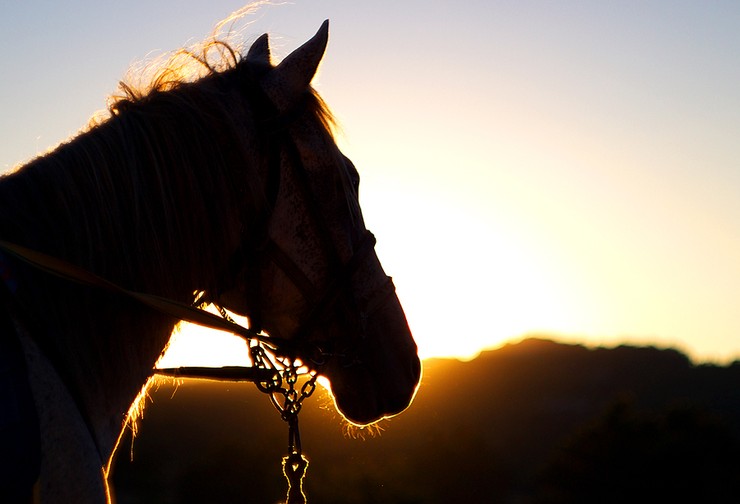 The greatest ever winner in the history of this race came relatively early in its lifespan, in the shape of Tom Dreaper’s 1965 victor, Flyingbolt. In addition to a victory in this race under the welter-burden of 12st 6lb, the impressive chestnut also registered victories in the Supreme Novices’ Hurdle, the Irish Champion Hurdle, the Arkle Challenge Trophy, the Queen Mother Champion Chase and the Irish Grand National.