The third and penultimate day of the St Leger Festival brings one of the most prestigious contests of the meeting, the Doncaster Cup. However, in 2022 this was rescheduled to run on an additional raceday on the Sunday.

First run back in 1766, the Doncaster Cup actually predates the St Leger by ten years. This makes it the oldest horse race in the world that has continually run under rules.

Like the St Leger Stakes, the Doncaster Cup is for stayers, with 2 miles and 2 furlongs to be navigated, though this race is open to horses aged three and above. The race makes up the third and final leg of  flat racing’s Stayers’ Triple Crown, following the Ascot Gold Cup and the Goodwood Cup.

About the Doncaster Cup: Historical, Stamina-Sapping and Exciting

The Doncaster Cup is a flat horse race which is run at the racecourse of the same name in September of each year. Originally run way back in 1766, the Doncaster cup is the venue’s oldest surviving race, and is in fact one of the longest running races in the world.

The contest was first called the Doncaster Gold Cup and run at Cantley Common and was run over a distance of four miles, before being shortened to two miles and two furlongs in 1891. In 1908 another furlong was shaved off the race, before being restored to the two mile, two furlong distance once again in 1927.

For a time the contest was graded at Group 3 level, and in 2003 it was upgraded to Group 2. Held on the third day of the St Leger Festival the race is the final part of the “Stayers’ Triple Crown”, and is preceded by the Ascot Gold Cup and the Goodwood Cup. They have this name due to being three races which are run over some of the furthest distances seen in the flat racing calendar, and as such they require the horses to have great staying power to last the long distance and claim first place.

As the race has been running for hundreds of years there are some records which have not survived, but we do have a list of the most successful jockeys, trainers and horses as accurate as the history books will tell us. Joe Mercer holds the record for the most jockey wins in the race with eight winners from 1953, which happened to be a dead heat, all the way through to his last victory in 1980.

The most successful trainers have seven wins each in this high-profile event. Cecil Boyd-Rochfort claimed his first success in 1934 and achieved the last of his seven in 1963. Then the next decade Sir Henry Cecil began his record in 1978 and finished the run of his wins in 1997. 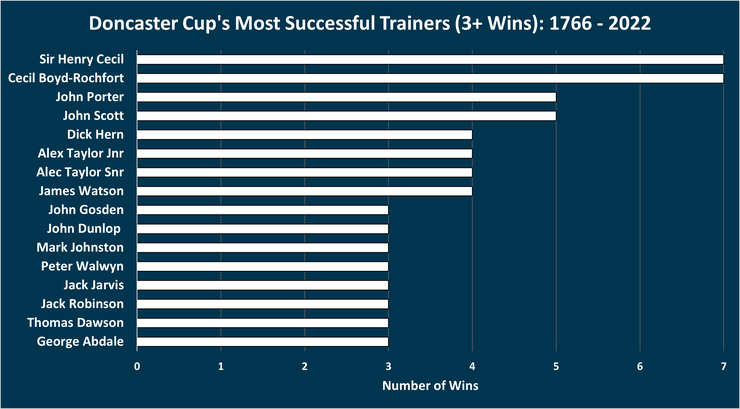 The most successful horse to ever compete in this historical affair was Beeswing who claimed first prize no less than four times for James Watson from 1837 to 1842.

As the race has so many years behind it the best thing to do when looking to make an educated selection among the field would be to look at the last two decades dating back to the year 2000. There is a common aspect where the best trainers and jockeys are always close or indeed snatch victory.

Although having the best trainer and jockey on board gives a definite advantage, you must always consider the horses and the conditions they has faced previously. As stated earlier the race is one of the longest run on the flat, and as such the horse needs to be accomplished when running such distances. Also, taking into account the weight it is traveling with when compared to previous races is paramount. 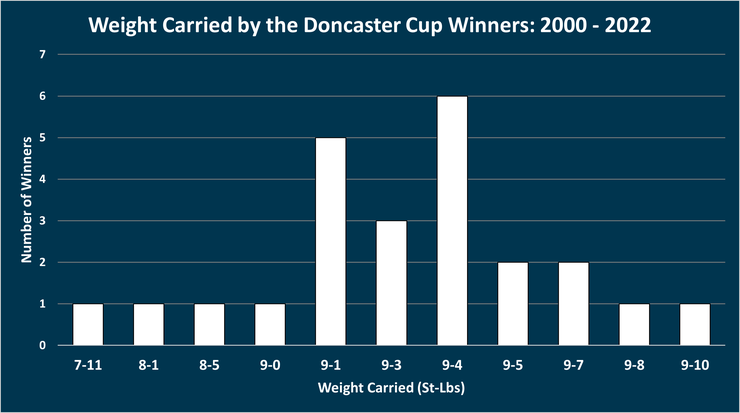 This is because the longer the race, the more the weight has a factor on a horse’s performance. When you consider those important aspects you have a good chance of choosing a horse with a fighting chance.