The Duke of Cambridge Stakes is still thought of as one of the new additions to Royal Ascot, running for the very first time in 2004.

Initially it ran as the Windsor Forest Stakes, but it was renamed the Duke of Cambridge Stakes to honour Prince William in 2013.

This Group 2 is one of a raft of top class opportunities for fillies and mares to race in from their four-year-old season onward.

The 1m Duke of Cambridge Stakes takes place on the straight course which means that it begins on an additional part of the track to the east of the main course.

Duke of Cambridge Stakes Past Winners

About the Duke Of Cambridge Stakes 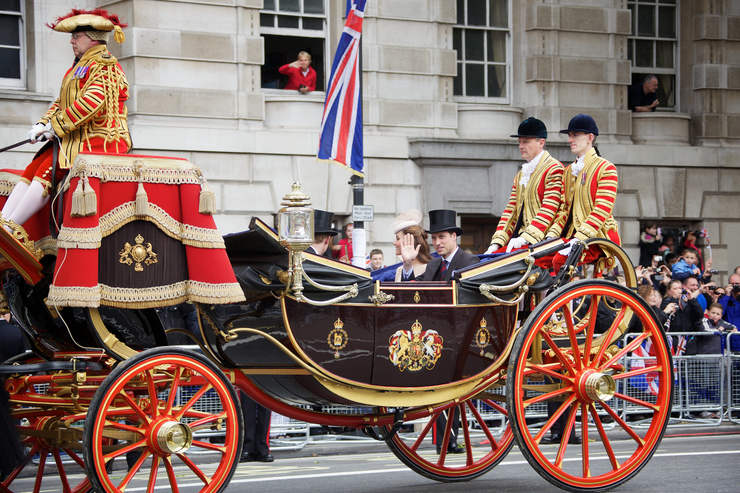 The Duke and Duchess of Cambridge, Aurelien Guichard, flickr

The Duke of Cambridge Stakes was one of several races across Europe introduced in 2004 to encourage horses to carry on racing within the continent. The thinking behind it was that by providing races specifically for older horses, trainers and owners would be less likely to export horses or prematurely retire them to stud. While it’s hard to say how effective the scheme has been, this race has certainly been a real success.

Initially called the Windsor Forest Stakes, the one mile race adopted its new name in 2013 in order to honour Prince William, the Duke of Cambridge. Fillies and mares are both eligible to compete providing they are aged four years or above. The race normally takes place on the second day of Royal Ascot, where it is a big player on the supporting card to the Prince of Wales’s Stakes.

For nine renewals running between 2009 and 2017, a four-year-old horse claimed victory the Duke of Cambridge Stakes. The run was finally broken in 2018 as the five year old bay mare, Aljazzi outpaced the younger Tribute Act during the final stages. It is only the second time a five year old has clinched glory in this race though so younger runners should remain your preference in this race. Soviet Song stands as the sole six year old who has won this race although a year prior she was rated the best older filly in the world. 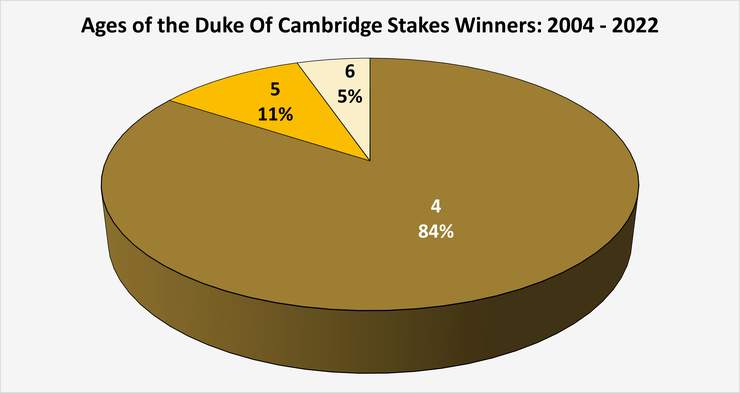 One key trend that has emerged from this race is the importance of winning Group level experience. Peeress in 2005, Move Swiftly in 2019, Nazeef in 2020 and Indie Angel in 2021 are the only winners who hadn’t previously won at such a high standard although Indie Angel, Nazeef and Peeress had all only won a Listed class race previously.

The 2005 renewal was the only one not to feature at Ascot so under normal circumstances, it still seems that a former Group victory is vital for most Duke of Cambridge hopefuls.

We’ve just mentioned how important a proven record at Group standard is but recent success at such a level can harm a horse’s chances in this race. Any filly or mare who wins a Group 1 contest after 31st August the previous year is slapped with a five pound penalty and for Group 2 winners, they receive a three pound disadvantage. Usually only a couple among the field carry a penalty and 2022 winner Saffron Beach and 2016 champion Usherette are the only recent names able to successfully overcome one. The only other winner carrying a penalty came in the very first race in 2004 with the ironically named Favourable Terms. 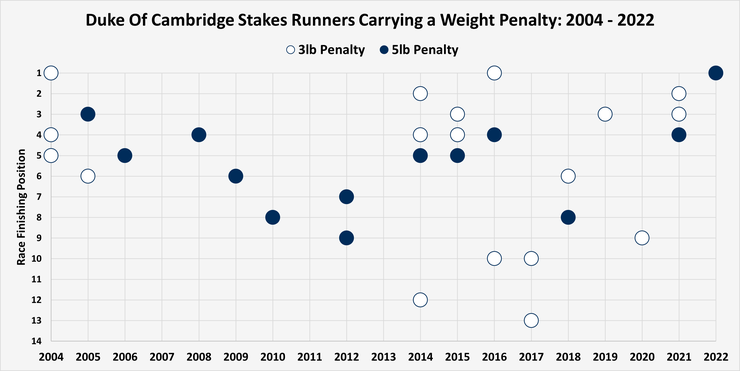 WAIT FOR A DOUBLE WINNER GOES ON

Due to this race only being contest by older horses, many are retired or begin their decline not too long after winning this race. As a result, only on three occasions has the Duke of Cambridge welcomed back its reigning champion, seeking to defend their crown. Twice, they’ve come very close to pulling off back to back wins though. Usherette finished just a length behind Qemah in 2017 while Strawberrydaiquiri denied 2009 champion Spacious by a short head. Integral is the only defending champion unable to put up a fight as she tired badly inside the final furlong despite being the much fancied odds on favourite.