The Ebor Festival reaches its conclusion on the Saturday, with the headline act on the seven-race card being the contest which gives the meeting its name. A marathon handicap affair, this truly historic event has been with us since back in 1843 and remains one of the most eagerly anticipated races at the track each year.

In 2019, prize money for the Ebor reached £1 million, joining the Grand National as Britain’s most valuable handicap horse race. That year, the York winner Mustajeer actually took home £100,000 more for his win than Aintree hero Tiger Roll. The prize fund currently stands at £500,000 (2022), still a significant purse by any standard however.

About The Ebor Handicap 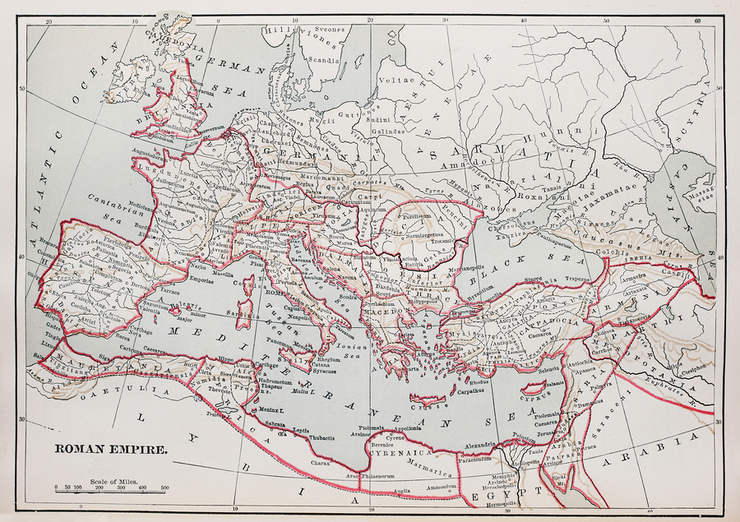 The showpiece event on the final day of the Ebor Festival is the race that inspires the name of the four-day meeting itself. The Ebor Handicap ensures a climactic finale at York with there never a dull moment in the keenly contested event. Typically a large field of around 20 runners, they are put to the test over a distance of one mile and six furlongs, two furlongs shorter than its original distance.

Created by former Clerk of the Course, John Orton, in 1943, the race acquires its name from the Roman name for York, Eboracum. Initially it began as the Great Ebor Handicap but later the “great” was dropped, not that this thrilling handicap isn’t great though. It holds the position as being the richest race of its kind on the continent with a prize fund that hit the £500,000 mark in 2018, doubling to £1 million in 2019 before returning to £500,000 in 2021.

Any punters trading at a loss during the Ebor Festival are presented with a real opportunity to turn around their fortunes in this race. Although picking a winner is a tricky task, doing so regularly provides some generous returns. The average starting price of winners since the turn of the century is just over 18/1, making this a big occasion for the betters and bookies alike. Even backing a horse that sneaks into the places can reap some decent rewards given the big odds readily available. Each year between 2017 and 2022, at least one horse at odds of 25/1 or greater secured a top 4 place.

Focussing back on the winners, there’s been no shortage of real outsiders triumphing in the Ebor, recent examples are shown in the table below.

*The 2008 Ebor was ran at Newbury due to a waterlogged track.

Mudawin’s victory remains the most surprising of the lot. The five-year-old had no market support following a terrible showing at Ascot a month prior where he finished dead last in two-mile handicap. A reduced trip brought the best out of the bay gelding though who ran patiently before surging forward into the lead. Jockey John Egan appeared to launch the attack a touch too soon as Glistening and Young Mick closed in but Mudawin just held on to win by a matter of inches.

In a race featuring so many contenders, favourites will always struggle to win this race on a regular basis. Even bearing this in mind however, the shortest priced horses have underperformed in this race, handing punters a £15.00 loss on a £1 level stakes plan this side of the new millennium. 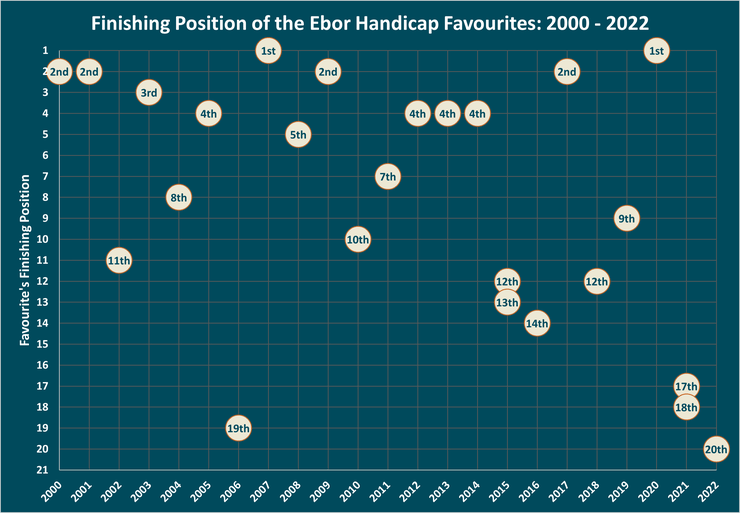 Purple Moon (2007) and Fujaira Prince (2020) stand as the only winning favourites since 1998 and only two others have really come close in more recent renewals. A head’s length denied both Flymetothestars and Changingoftheguard in 2017 and 2009 respectively.

There are many trends present for the Ebor Handicap but one of the most intriguing is the apparent amount of draw bias. Horses starting from double-digit stalls have fared far better than those closer to the rail. Out of the last 22 Ebor Handicaps ran at York, just three winners began from a gate between one and nine inclusive.

The extent of the bias is quite overwhelming and it’s strong enough to make you think it’s more than just a statistical anomaly. Given that there’s been a fairly even split between single and double digit gates with 19-22 declared runners the norm, this is a trend definitely worth paying attention to. 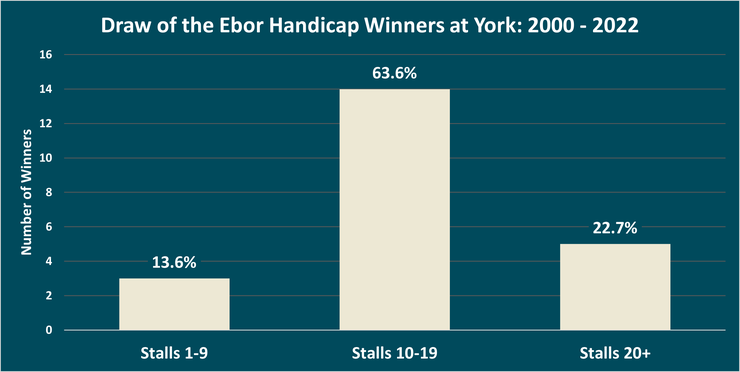