The Falmouth Stakes stands as the sole Group 1 event on day two of the July Festival. It hasn’t always been such a top-quality race though, having initially been awarded Group 3 status when the present grading system was introduced in 1971, becoming a Group 2 in 1987 and Group 1 in 2004.

A contest for fillies and mares, the Falmouth gives the classic generation of three year olds a chance to take on older rivals over a distance of one mile. Notable winners include Sonic Lady, Soviet Song and Goldikova.

About the Falmouth Stakes 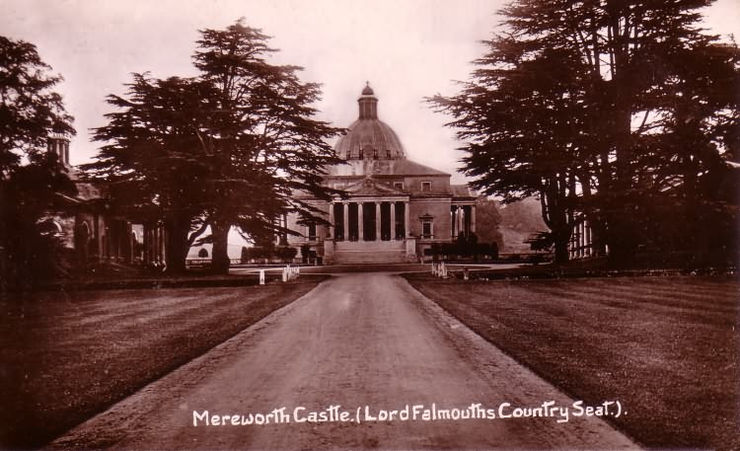 May’s Guineas Meeting at Newmarket may raise the curtain for the big-time flat racing action each year, but it is far from the only major event to be held at the headquarters of the British flat racing game. The three-day July meeting at the track is one of the real summertime highlights for many racing fans, with top quality Group action on offer on each of the three days.

One of the standout contests on the second day is this Group 1 event held over a mile, and restricted to fillies and mares aged three and older. First taking place way back in 1911 this contest was named in honour of the 6th Viscount Of Falmouth, Evelyn Boscawen.

Regularly featuring a clash between the current season’s Classic crop and the best of the older horses, the race has been the scene of a number of scintillating performances over the years. With the likes of the tough and talented Soviet Song, globetrotting great Goldikova and Alpha Centauri all featuring on the roll of honour, this is a race where some true greats have shone.

The race hasn’t always occupied such a lofty place on the racing calendar. Initially granted Group 3 status upon the introduction of the modern racing classifications in 1971, it took fully 26 years for the event to attain Group 2 status. It didn’t stop there though, and as the quality of field continued to improve over the years, the race finally attained the coveted Group 1 classification in 2004.

From that time the Falmouth Stakes has only continued to go from strength to strength, and with prize money hitting a very impressive £250,000 in 2022, it remains one of the most coveted fillies and mares contests of the season. 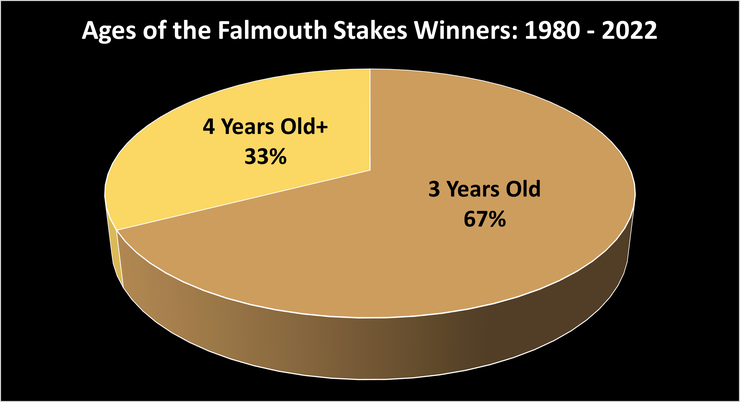 With 29 wins as opposed to 14 for the older performers, the three year olds have landed two thirds of the editions held over this period. During this time only two winners have been older than four. Those are trends that are certainly something to bear in mind when placing those bets.

STOUTE CLOSING IN ON ALL TIME LEAD

The benchmark amongst the trainers was set very early in this race, with Alec Taylor, Jnr. winning six of the first fourteen editions. That record stood on its own for more than a century after the first of those wins, but Taylor has since been joined by a modern great.

Sir Michael Stoute is a man who has done pretty well with his fillies over the years and has certainly made his presence felt in this event. Getting off the mark in 1983 with Royal Heroine, Stoute then sent out Sonic Lady to become one of only two dual winners of the race in 1986 and 1987 – James Fanshawe’s Soviet Song (2004, 2005) was the other. Recording a fifth success with Integral in 2014 moved Stoute to within one of the lead, his sixth with Veracious in 2019 moved him level with Alec Taylor Jnr at the top.

No prizes for guessing the name of the most successful rider in the history of the race. As with so many of these classy events it is the great Lester Piggott who is out in front on his own having recorded seven wins between the years of 1957 and 1994. Ryan Moore fares best of the current riders, with three wins, so we expect Piggott’s record will stand for some time yet.