The flat racing season is drawing to a close in October when Newmarket host their Future Champions Festival. The two day meeting runs from Friday to Saturday, with this race, the Fillies’ Mile, the highlight on the first day.

This highly regarded test is for two year old horses and for many taking part it will be the end of their debut season. Often attracting some of the most promising young fillies in the country, many winners go on to produce even greater things after the winter break.

Former champions include the likes of Minding, Rhododendron and Laurens but who will be the next to catapult themselves to the top of the market for next year’s 1000 Guineas and Epsom Oaks?

About the Fillies’ Mile: Females Take Centre Stage At Newmarket

The Fillies’ Mile has always been one of the most important one mile contests for juvenile fillies in the flat racing season. It is a contest which has been through a number of changes over the years to ensure that remains the case, and it looks to be stronger than ever now it has been cast in the role of the feature race on the first day of the Future Champions Festival at Newmarket.

Changes For the Better

When the Fillies’ Mile was introduced in 1973 it took place at Ascot. Apart from one year when renovation work forced it to Newmarket, the Fillies’ Mile remained at Ascot from the inaugural race all the way through to the 2010 edition.

During its time at Ascot, the race went by many different names. It was first run as the Green Shield Stakes and then the Argos Star Fillies’ Mile after that company changed its name. The name subsequently changed a few more times with sponsorship taken over by Hoover, Brent Walker, Meon Valley Stud and Shadwell before Dubai were introduced as the primary sponsor following its move to the Future Champions Festival. 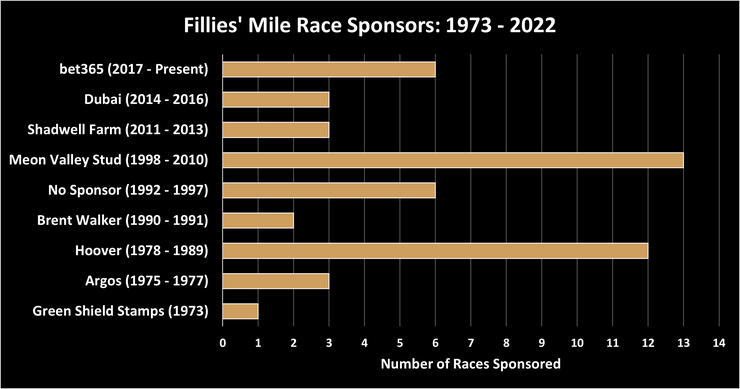 The introduction of the two day Future Champions Festival in 2015 has been a real boon to the Fillies’ Mile. It required another move in the schedule after hosting was transferred from Ascot to Newmarket but that has been more than worth it with an increase in the prize fund to £528,750 (2022) and a steady stream of some of the best two year old fillies in racing.

Top class fillies have always headed first to Ascot and then Newmarket for the Fillies’ Mile. The list of winners includes many who were the superstar fillies of their generation such as Oh So Sharp who completed the Fillies’ Triple Crown in 1985. In more recent years Minding has won the Fillies’ Mile before winning the 1,000 Guineas whilst 2019 Guineas winner, Hermosa, finished second in the Fillies’ Mile.

There are several potential routes to the first Fillies’ Classic of the season so an appearance in the Fillies’ Mile is by no means necessary. Several winners of the race did go on to have plenty of success in other big races and, as the table below shows, that’s been more common in recent years. 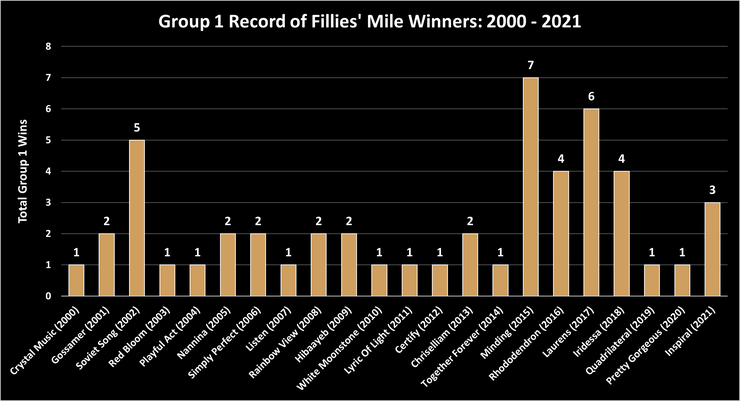 Things to Consider When Picking a Winner

The Fillies’ Mile is the sort of race to which punters know to pay close attention as they make their shortlists for the big races the following year. It is also usually an exciting betting heat in its own right. Recent years have provided an enticing combination of winning favourites and longer odds outsiders.

Backing the favourite always comes with a certain amount of risk in a high quality juvenile race. Favourites who get the job done tend to have shown glimpses of real class on the flat at any distance whereas successful outsiders tend to have a better record over a mile.

In terms of specific warm-up races, British runners often take in the May Hill Stakes at Doncaster with Irish horses often running well in the Moyglare Stud Stakes at the Curragh.