The course and distance are the same, and whilst the class of runner and prize money may be a notch or two below that of the Gold Cup, for the amateur riders taking part, the Cheltenham Festival Hunter Chase means just as much.

Previously know as the Foxhunter Chase, this is a race for amateur jockeys and is often referred to as the Amateur Gold Cup, though in 2021 professional riders competed in their place. Bryony Frost won this race prior to turning professional when riding Pacha Du Polder to victory for Paul Nicholls in 2017.

The highlight of the season for these jockeys is always a big field affair which makes for a cracking spectacle and betting heat.

The 3m 2½f plots exactly the same course as the Gold Cup run before it. Starting at the end of the New Course straight, two fences are jumped before two complete circuits are navigated.

About the Foxhunter Chase: The Amateurs Tackle the Gold Cup Fences 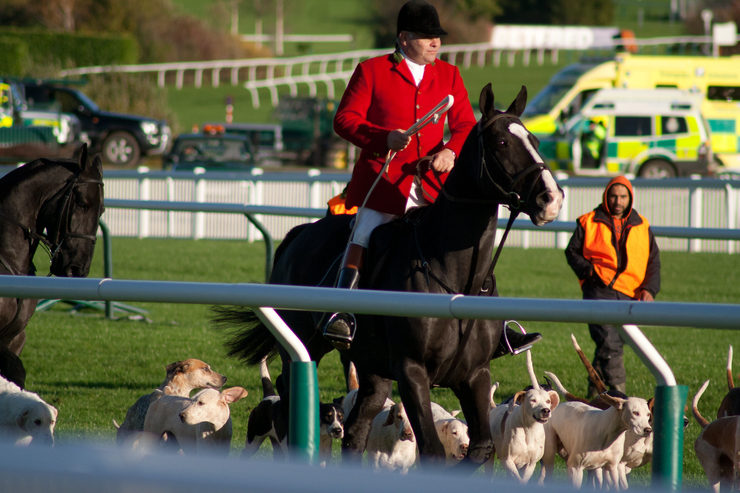 The Cheltenham Festival is exactly as one might imagine – a true festival of horse racing. All aspects of National Hunt racing are celebrated including the tradition of allowing amateur jockeys to race against each other.

That is the case with the Festival Hunter’ Chase which is a massive opportunity for amateur riders to grab the headlines at Prestbury Park.

After the Lord Mayor’s Show 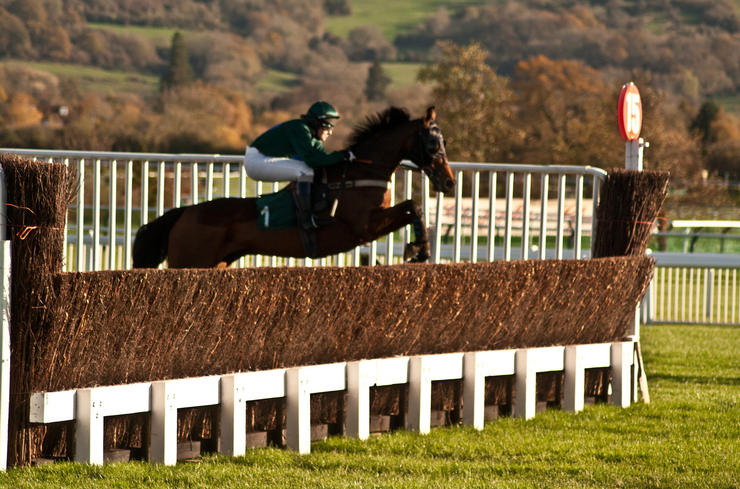 The chance to see another race over the world famous New Course at Cheltenham ending with that daunting climb up the hill guarantees the crowds hang around to watch the Festival Hunters’ Chase. It also demands a lot from the runners and riders.

Before we get into what it takes physically to win the race it’s worth pointing out the mental toll that running at the Cheltenham Festival exacts on the horses.

They are the real stars of the show and get a lot of attention as soon as they arrive at Prestbury Park. It is understandable that some of them will react badly to the crowds and the noise and fail to give their best, especially if they have an inexperienced jockey on board. Punters would be advised to have a look at the character of the competitors before parting with any of their hard earned.

A Race for Specialists

The championship races at Cheltenham basically come down to class. There are specific characteristics needed to win them but each is designed to decide who is the best horse in a particular division. It’s not quite as straightforward with the Festival Hunters’ Chase.

The trainers who send their horses to the Festival Hunters’ Chase have normally come to the conclusion that they have done all they can in handicaps after either succeeding or failing to make an impact amongst graded company. Additionally, many Irish horses who developed a formidable point-to-point record at home have gone on to do well.

The British Horseracing Authority became concerned that the reputation of the hunter chases in general and the Festival Hunters’ Chase was being diminished as big name trainers had begun dropping in horses capable of competing at a higher level into the field. So, they introduced changes in 2018 mandating that horses who contest hunter chases for licensed trainers were subsequently only able to run in hunter chases for the remainder of the season.

Those changes were broadly welcomed, especially by the many people in horse racing who hold hunter chasing close to their heart. It hasn’t stopped the biggest trainers from entering horses into the Festival Hunters’ Chase but should maintain the competitiveness of a race which has a reputation for providing thrilling finishes.

A list of the Hunter Chases run in the UK between January and April can be found here.

Capitalise on the Recent Trend of Multiple Winners

The qualifying criteria for the Festival Hunters’ Chase demands that horses must have finished in the top two twice in hunter chases or have won at least two point-to-points. This only serves to hammer home the idea that this is a race for specialist hunter chasers as does the recent trend of multiple winners.

Since its introduction to Cheltenham in 1904 a handful of horses have won the Festival Hunters’ Chase twice. So far, no horse has won it three times but that could change as multiple winners are becoming increasingly common. Below is a table showing the two time winners, including three such horses between the 2012 and 2018 editions.

Below is a full list of UK Hunter Chases between January and April 2022.