It’s that time of year when the thoughts of many punters turn firmly to the Cheltenham Festival, with the countdown now well and truly on. There’s another big race appearing on the horizon too though, namely the most famous horse race in the world – The Aintree Grand National. Topping the bill at Haydock in mid-February is one of the key trials for the most dramatic steeplechase run anywhere on the planet.

3m4½f is the trip for this Grade 3 Handicap Chase contest which offers £100,000 in guaranteed prize money. Already a major test of stamina, the current heavy ground at the track looks set to make this a real slog in 2020. Especially with Haydock renowned for its heavy being seriously boggy. We have a number of stars in the field with multiple Grand National winners to choose from but who will prevail?

Of the trainers represented in this year’s field, it is Lucinda Russell who boasts the best record in the race. With three wins in total, Russell is actually tied for the all-time lead with Neville Crump and Fred Rimmell. Bidding to put Russell out on her own at the top this year is 2017 Grand National champ, One For Arthur.

No runner aged younger than eight has come home in front in the past decade – a recent trend which speaks against current market leader, Lord Du Mesnil. Five of the past seven editions have been landed by a runner aged either eight or nine.

Those towards the head of the market have fared relatively well in recent years in what is always a hugely competitive contest, with only two of the past 10 winners returning a double figure SP. We have had two winning favourites over this period – not a huge strike rate, but still enough to return a small level stakes profit of 0.5 points thanks to tricky nature of this particular racing puzzle.

Other than that recent age trend – and even that may only be an aberration with eight seven year olds having won the race looking further back in time – there is plenty to like about the claims of Richard Hobson’s Lord Du Mesnil.

Form figures of F11 in heavy ground chases, and 11 at this track certainly suggest he will be well at home in the likely conditions. Arriving here seeking a four-timer, the most recent of his wins came over this course and distance when slamming the useful Perfect Candidate by nine lengths in December. He does get a hefty 10lb hike for that, but really impressed with his staying power that day, and may well cope. But it has to be noted that 10 pounds will really be felt in these conditions which is why, ultimately, our money will be going elsewhere.

Dorset handler Colin Tizzard claimed this pot for the first time 12 months ago when saddling Robinsfirth to glory, and would look to boast reasonably strong claims of following up this year. Flying the flag for the Tizzard operation in 2020 is 2018 Grand National winner, Elegant Escape. Deemed good enough to contest last season’s Cheltenham Gold Cup, this one boasts both the stamina and class to rate a threat to all and has obvious appeal.

A mark of 162 and top-weight of 11st12lb admittedly doesn’t make life easy, but he has shown enough in three starts so far this season to suggest that handicap success from his current mark may not be beyond him.

A little disappointing when only sixth in defence of his Welsh National crown last time out, he had previously run a stormer to finish third in the Ladbrokes Trophy Chase at Newbury. That latter event would possibly rate a notch above this contest in terms of the quality of opposition and – on what will be his first start since a wind operation – he can be expected to go close.

Another for the shortlist is the 2018 winner of the race – Yala Enki. Trained by Venetia Williams at the time of that success, this son of Nickname (who also sired Cyrname who goes in the other big race of the weekend, the Ascot Chase) has since made the switch to the Paul Nicholls operation, and has improved in each of his three starts for the trainer to date.

Looking in need of the run in the Ladbrokes Trophy, he then stepped up to fill third in the Welsh Grand National before winning in really good style from a decent field at Taunton last time out. He has the class to deliver the goods here and still has more to come in our eyes.

A current mark of 157 puts him second top of the weights in this renewal, which would appear to make life tough at first glance. He was however rated 162 when coming home in front two years ago, and so actually looks potentially well handicapped here. Five times a winner on soft or heavy going, and twice successful at this track, he has plenty in his favour. In a tricky looking renewal, we will be backing this one to successfully reclaim his crown.

There are few owners quite so active in their pursuit of Grand National glory as Trevor Hemmings. This contest sees Vintage Clouds going in the green and yellow quarters so famously sported by the likes of Ballabriggs and Many Clouds in years gone by. Hemmings will be hoping Vintage Clouds can follow in the hoofprints of that Illustrious duo, and so far the signs have been fairly positive.

No doubt a tilt at the Aintree showpiece is the one and only target for this one, and encouragingly he does look to be improving with each run in the lead up to the big race in April. Beaten 20l into third at this track two starts back, he then stepped up markedly to land a Grade 2 handicap here last time out – when seven lengths too good for Definitly Red. An 11lb higher mark does make life tougher, and he also has to conclusively prove that he stays this far, though given the target of the National we have to assume connections think he does. In addition, he’s fully effective on a heavy surface, and can’t be dismissed.

About the Grand National Trial: A Look at Aintree Contenders 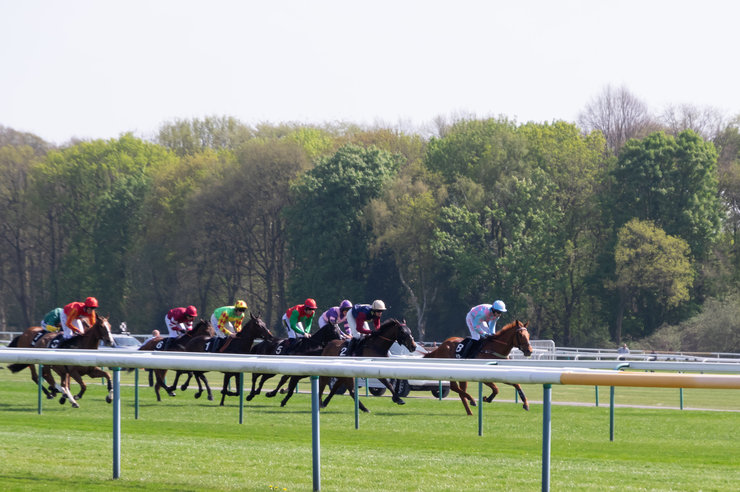 The Grand National at Aintree is by some distance the most well-known jumps race in the world. It is a huge prize that every jockey, trainer and owner in National Hunt racing dreams of winning but just dreaming about it is not enough. Such is the unique challenge posed by the iconic marathon of a race that horses have to be thoroughly prepared before competing in the Aintree spectacular. There are number of demanding chases used as preparations, including the Grand National Trial at Haydock, just 10 miles or so east of Aintree.

The Grand National Trial is one of the highlights of the jumps season at Haydock but its history is far from straightforward. Technically speaking, this is a new race as of 1991 when the Greenall Whitley Gold Cup was introduced at Haydock. However, in the eyes of many racing fans, that race was a reintroduction of the Grand National Trial which was first run at Haydock way back in 1947.

The original name was officially reinstated in 1996 and it is now considered to be the same race in terms of records and statistics. Therefore, the world famous Red Rum sits alongside more recent winners such as Party Politics and Master Oats on the list of Grand National Trial winners, adding more than a little prestige to the contest’s history.

Silver By Nature (2010 and 2011) and Goosander (1955 and 1957) are the only horses to have won the Grand National Trial more than once as of the 2020 renewal. In addition, it is worth noting that Silver By Nature’s trainer, Lucinda Russell, became the third trainer to saddle three winners of this race in 2015, with Neville Crump and Fred Rimmell preceding her. 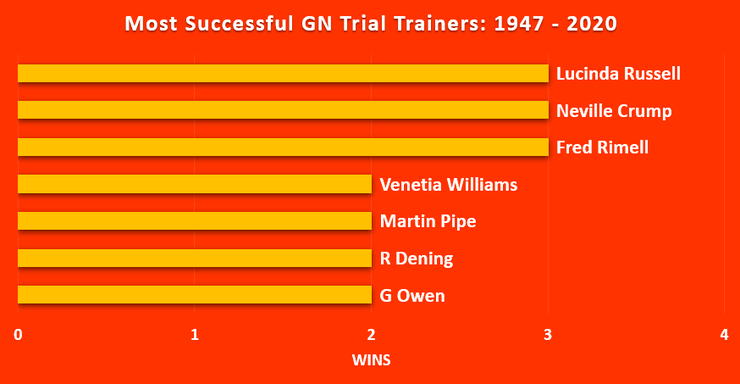 A Worthy Prize in Its Own Right

The Grand National Trial is always run with half an eye on the Grand National. However, there is a danger of not treating this race with the respect that it deserves. It’s a Grade 3 contest which, as of the 2020 renewal, is worth almost £60,000 to winning connections. That’s a prize not to be sniffed at and, of course, the big race itself is also “only” a Grade 3 (even if it does have a seven-figure purse!).

In addition to that, this race is also a big one for punters to win. It is a handicap which takes place over 3 miles 4 ½ furlongs so is always going to be tough to predict. Add to that the relatively large fields which compete each year, the unpredictable ground which has varied from good to heavy in recent years (and heavy at Haydock means HEAVY) and 22 fences and it should be no real surprise that so few favourites win this race.

It takes a performance full of heart, stamina and jumping ability just to make it round the Haydock course. A large proportion of the field either falls on their way round or is pulled up some way before home, especially when the ground is tough as is common, so the winner is deserving of great respect as a staying chaser no matter what happens later in the year at Aintree.

If the Grand National Trial is a tough race to predict and complete, the Grand National itself is, of course, on a different level. These trial races help connections to get a feel of whether or not a horse has what it takes to complete the Grand National but such is the lottery of the that race that they serve as a poor predictor of success in the big one, truth be told as the table blow indicates.

Whilst it is unlikely that we’ll see a winner of both races, this is not a race to completely discount. Far from it. Many previous winners have gone on to have success in other big staying chases, including both the Welsh and Scottish Grand Nationals, whilst some have even gone down in trip for races such as the Topham Chase.