There simply isn’t a race quite like the Grand National, sometimes referred to as the ultimate test of horse and rider. For most it’s the greatest steeplechase on the planet and the global viewing figures help back this opinion up. Each year an estimated 600m people tune in to catch the enthralling spectacle and more people bet on this race in the UK than they do any other.

A day like no other for trainers, jockeys and racing fans, it’s also a special occasion for the bookies too. Britain’s biggest sporting event attracts around £250m in bets with even the most casual of gamblers unable to resist a tipple, or at least a quid or two in the office sweepstake.

This incredible test of stamina sees horses take on 30 of Aintree’s stiff fences during a battle over four and a quarter miles in length. A similarly unique purse matches the unique challenge presented with the prize fund for this race an incredible £1m, making it the richest chase in Europe.

About the Grand National: A British Sporting Institution 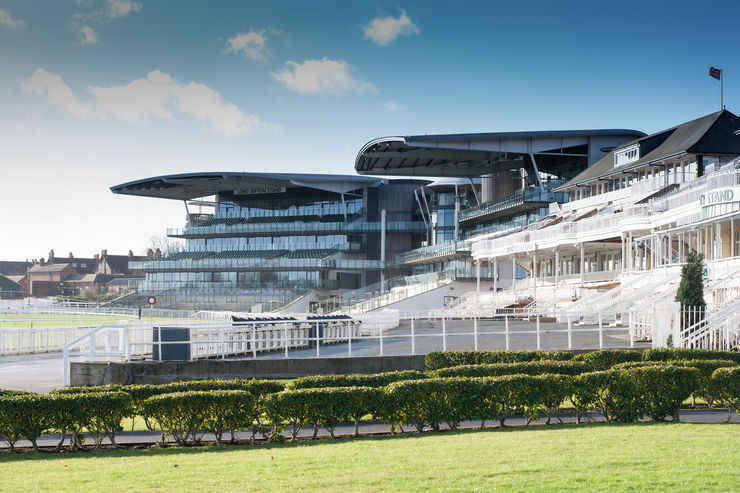 The Grand National is much more than the biggest horse race of the year. It is up there with Wimbledon and the FA Cup as one of a few genuinely iconic events on the British sporting calendar, attracting millions of fans and punters each and every year.

It is impossible to pick out one reason why the Grand National is so popular. The race’s history, the challenge laid down to the horses and jockeys by the 4 mile, 2½ furlong trip and the difficulty of picking a winner all combine to make it such a well-loved event. 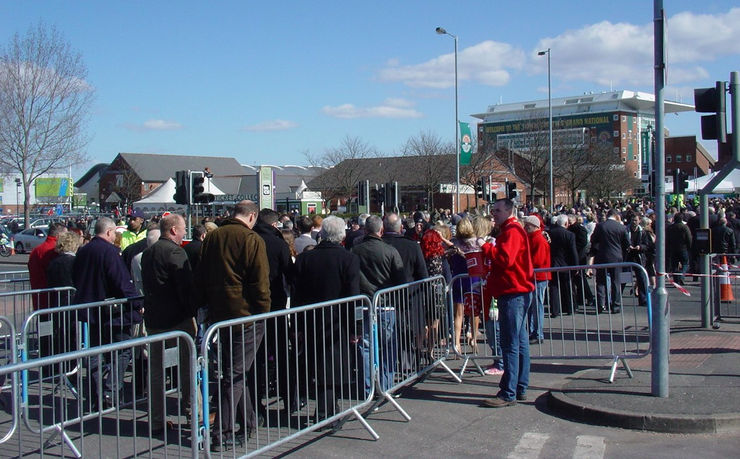 British racing fans are lucky to have such a wide selection and variety of horse racing action during both the flat and National Hunt seasons. There are many more prestigious contests amongst racing fans than the Grand National but there is no arguing that it is the most popular race with the public at large.

The Grand National has always been a hugely popular contest. The exact date and place of the first ever Grand Liverpool Steeplechase – which would go on to become the Grand National – is the matter of some debate but it’s generally believed that the first edition took place in 1836 although the record books show the first official race happened in 1839 and was fittingly won by a horse called Lottery.

If you thought the Grand National is tough now then you can only imagine how tough it was back in the 1800s when horses and jockeys had to jump stone walls and navigate ploughed land. It remained an incredibly stern test during the 1800s but the nature of the race changed forever in 1843 when switched from a weight-for-age race to a handicap. That idea came from Edward Topham who was himself a handicapper and subsequently bought Aintree Racecourse with his family in 1949.

A number of factors combined to help the early growth of the Grand National. A competitor race, the great St Albans Chase, fell off the schedule, travel to Liverpool got a lot easier with the arrival of the rail and a committee was created tasked with the promoting the race. 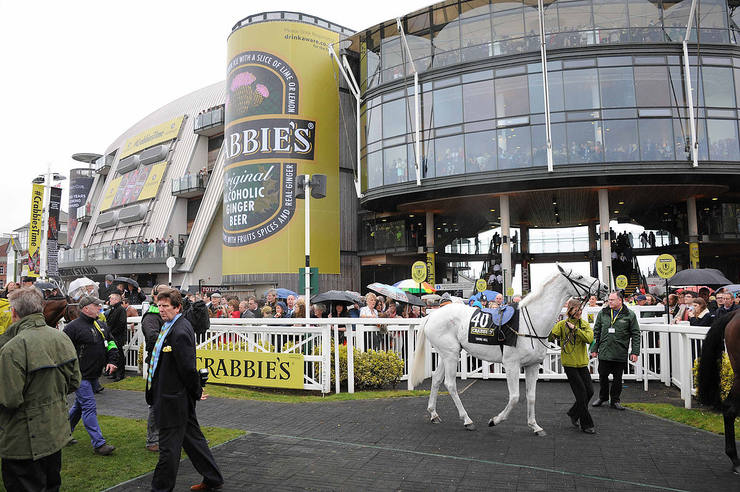 The Grand National Course at Aintree has been the host of the race for all but three years during the First World War. Aintree was commandeered by the War Office during the Great War but such was the desire to keep morale high in Britain that a substitute race was held at Gatwick Racecourse.

Although technically known as the War National Steeplechase, these three races are the only time that the Grand National was held away from its spiritual home. When Aintree was once again used during the Second World War (this time as a prisoner of war camp) the Grand National was suspended, thus there was no race between 1941 and 1945.

Away from those unavoidable breaks, the legend of Aintree has been able to grow. The Grand National course is one of the few courses at which the individual fences have their own history. Becher’s Brook, the Chair and the 90-degree angle of the Canal Turn have all taken several scalps in their time.

After the 30 fences have been safely navigated there’s the small matter of the run in that totals 494 yards. That’s one of the longest home straights in National Hunt racing and helps to produce thrilling finishes to the Grand National year on year.

A Home for Heroes 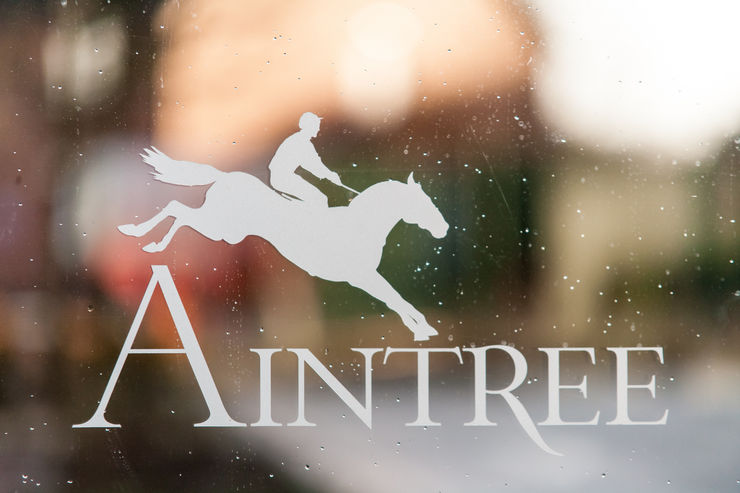 Winning the Grand National requires all manner of different qualities from a thoroughbred race horse. The one thing that links all winners is having the heart to tackle each fence without fear, to not be put off by 39 competitors and to hang on in the latter stages when being pushed to the very limit.

Every horse who wins the Grand National is assured of a place in history and, as mentioned above, it has produced more than its fair share of legends. In terms of individual competitors, no horse quite captured the public’s imagination like the inimitable Red Rum.

Despite being bred as a miler and being turned down by so many trainers that he eventually ended up being taken on by Ginger McCain who was a car dealer at the time, Red Rum became the first and so far only horse to win the Grand National three times. His first win in 1973 is arguably the greatest ever performance in the race’s history ensuring he got huge support during his wins in 1974 and 1977 and his two second place finishes in 1975 and 1976.

Other equine heroes of the Grand National include Manifesto who won in both 1897 and 1899, Golden Miller who added the 1934 Grand National to his five Cheltenham Gold Cup wins, 100/1 winner Foinavon who was the only horse left in the running after the 23rd fence which now bears his name, Mon Mome who was also a 100/1 winner in 2009. The gutsy 2018 winner Tiger Roll is one of the smallest horses ever to win the Grand National and he repeated the trick in 2019 for a famous second successive victory.

Human Story to Every Race 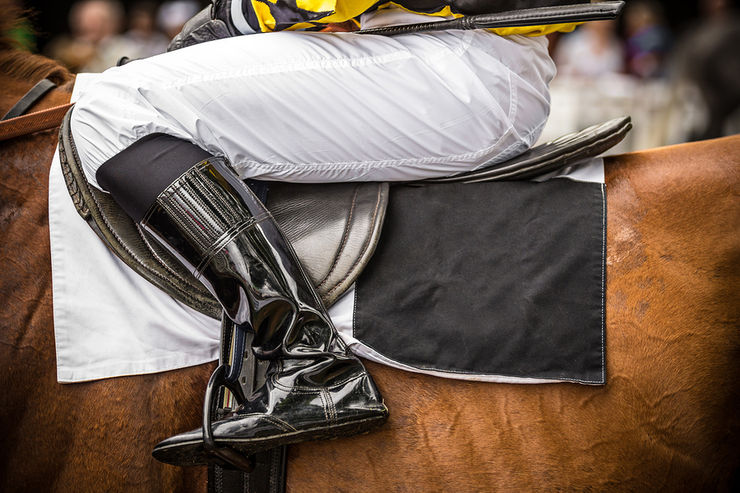 The starring horses from deserve much praise as do the jockeys who put their safety on the line each time they take a ride in the Grand National. It’s unlikely that we’ll ever see the record of four National wins set by George Stevens in 1870. It took Stevens 14 years after his first win to win his fourth but winning is much tougher now as evidenced by Tony McCoy’s sole win from 20 starts.

Venetia Williams was knocked unconscious during her attempt to win the Grand National as a jockey in 1988 but she was victorious in 2009 when she trained Mon Mome to his win. Jenny Pitman was the first winning female trainer in 1995 though thanks to Royal Athlete with Jason Titley on board.

A Race For All Ages

For a race with such a rich history it should come as no surprise that it has been won by horses with a range of ages – quite a wide range in fact. There have been five winners aged five (the most recent of which was Lutteur III in 1909), with most other ages covered right up to the granddaddy of them all, 15 year old Peter Simple who triumphed in 1853. Two 13 year olds have won the race, but never has a 14 year old been victorious, and we can’t see that changing anytime soon!

As you can see, nine year olds lead the way in terms of the age of winners, but generally speaking horses aged between seven and 11 years old have done well over the years.