The Group class action just keeps on coming at Royal Ascot with one of the highlights on the fifth day at the festival being this contest for the older horses.

The race has provided many a memorable moment over the years, including a famous victory for the Queen in 2016 with Dartmouth.

The race first ran in 1879 and, as with a number of Royal Ascot contests, was named after a former Master of the Buckhounds. The Hardwicke Stakes was named in honour of the 5th Earl of Hardwicke, Charles Yorke.

The start point for races of one mile and a half such as the Hardwicke Stakes is just after the turn following the winning post. Runners almost complete a full circuit taking two right-hand turns during the race.

About the Hardwicke Stakes 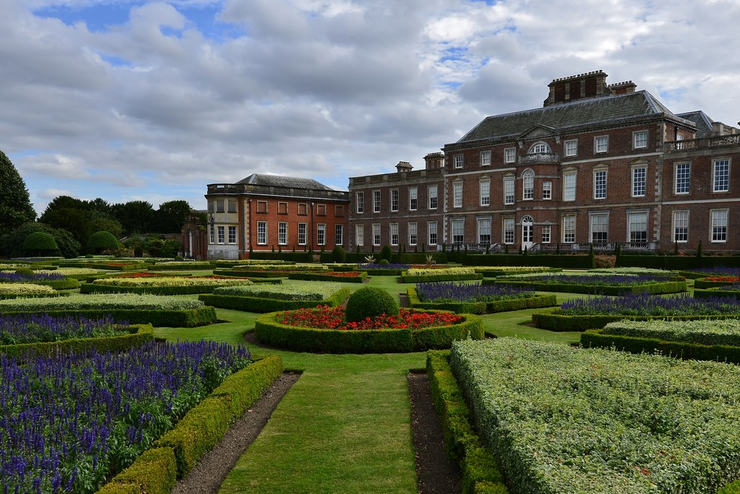 Five years after the 5th Earl of Hardwicke took up the role as Master of the Buckhounds, a race called the Hardwicke Stakes was born. The creation of the one and half mile event happened a long time ago, back in 1879, but it’s appeared regularly at Ascot ever since. Today it usually takes its place on the final day of Royal Ascot, helping ensure a climatic end to the five day Festival, though in 2020 it was run on day 4.

Group 2 status means it’s not the highlight contest of the day but the Hardwicke Stakes is nevertheless a race that piques interest among racing fans. Not least because leading horses often return to the Berkshire course a month later to try their luck in the King George VI and Queen Elizabeth Stakes. The last horse to successfully win both races in the same season was Harbinger in 2010.

As touched on above, those that perform well in the Hardwicke Stakes will often return to Ascot for the King George VI and Queen Elizabeth Stakes. This contest therefore can be seen as a sort of trial run ahead of the incredibly lucrative Group 1 contest. Although there’s not been a double winner since the aforementioned Harbinger in 2010, as the chart below shows, Hardwicke winners rarely find themselves outclassed as they seek another win and have often done enough to nick a place. 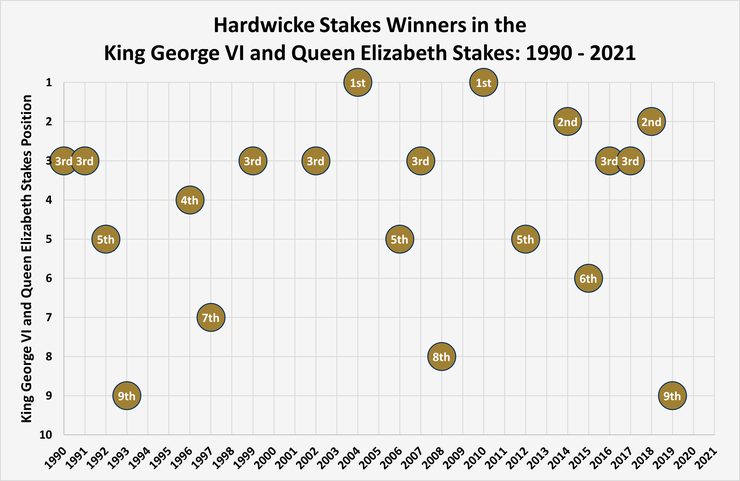 STOUTE WINNING THE BATTLE WITH O’BRIEN

If there are two trainers you expect to have some involvement in this race, it’s Sir Michael Stoute and Aiden O’Brien. The pair regularly have at least one runner in the mix for the Group 2 prize and so far it’s Stoute who is proving the dominant force. The Barbados-born trainer has a giant eleven victories compared to just four from the illustrious Irishman. Over the coming years it will be fascinating to see if O’Brien can stem the tide or if Stoute’s superiority can extend even further.

Maraahel had to settle for third place when attempting to make it three victories in this race. A Hardwicke hat-trick has only been managed once before during its long history by a horse named Tristan (1882-1884). Once described as “a very vile-tempered animal”, he enjoyed a hugely successful career in which he also won the Champion Stakes on three occasions. How close did Maraahel come to matching Tristan’s record in his race? Not close at all really. A one-paced finish saw Michael Stoute’s horse quickly fade as the leading pair beat him by five lengths.

Lester Piggot remains as the leading jockey in so many top races but it’s an honour he must share in the Hardwicke Stakes. In 1998, Pat Eddery, the 11-time Champion Jockey, made it a record-levelling win number seven as he rode Posidonas to victory. Although this final win came long after Piggott’s retirement, the pair did compete against each other many times in this contest. They were even responsible for all the four winners between 1974 and 1977 with two victories each. Seven titles is more than Eddery managed in any Group 1 race so his achievement in the Hardwicke is certainly a notable one.