Sandown’s Henry VIII Chase is named after England’s infamous 16th century monarch who used Esher, where the racecourse is located, as a hunting ground.

The race itself was first run in 1987 and see’s young chasing hopefuls test themselves over Sandown’s difficult fences. At just under 2 miles, mistakes can be costly. The list of former winners is an impressive one and includes fans’ favourites such as Racing Demon, Fair Along, Somersby and Altior.

About the Henry VIII Novices Chase: Rising Stars on Show at Sandown

December is a big month for National Hunt racing, as the latest season really begins to find its stride. As one of the top dual-purpose tracks in the sport, Sandown Park does its bit for the jumping side of the game at this time each year, with the staging of what is just about its biggest National Hunt card of the season. Chief amongst the supporting cast on the always popular Tingle Creek Chase Day is this high-class event for the up and coming novice chasers.

First run in 1987, the event takes its name from one of Britain’s most infamous monarchs – not due to Henry VIII’s love of racing, but as a nod to the fact that “he of the six wives” utilised the Esher venue as a royal hunting ground during his reign.

Initially a Grade 2 event, a steady stream of high-quality winners – including Grade 1 stars Direct Route, Thisthatandtother and Contraband – led to this two mile contest, which is open to novice chasers aged four and older, being handed Grade 1 status for the first time in 2011.

In common with many Grade 1 contests over the course of the British season, it is the name of Paul Nicholls which sits atop the trainers table in this race. 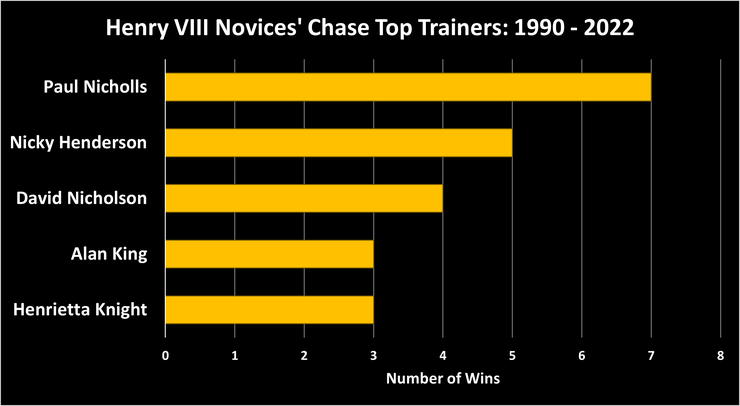 First successful in 2003 with Thisthatandtother, by 2018 Nicholls had racked up seven wins. The pick of that septet being 2011 Supreme Novices’ Hurdle champ, Al Ferof. In addition to his win in this race, the ever-popular grey went on to land the Paddy Power Gold Cup, and achieve the not inconsiderable feat of finishing third in three successive King George VI Chase’s at Kempton.

Awesome Altior Top Of The Class

Nicholls’ big rival Nicky Henderson may be two behind when it comes to number of wins in the race, but there’s no doubt that it is the Lambourn handler who is responsible for saddling the most talented winner in the history of the event: The mighty Altior. One of the highest-class chasers of the modern era, Altior stormed to a six length success in this race in 2016, before going on to a further nine Grade 1 triumphs, including an Arkle Chase and two Queen Mother Champion Chases.

Big Names Out in Front

Seven jockeys in all have recorded multiple wins in this event as of 2022, with the chart below containing some of the most talented and successful riders to ever climb into the saddle. 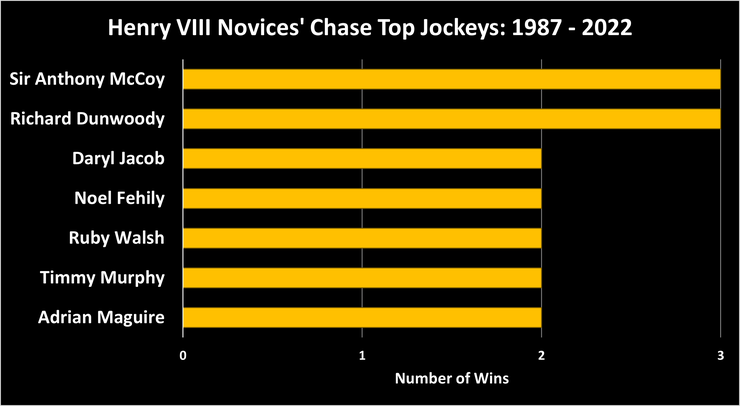 The greatest of all time Sir Anthony McCoy of course needs little introduction. With three of his record-setting total of 4,348 career victories coming in this race, it is he who leads the way, alongside the rider who is fifth in that all-time career wins list: Richard Dunwoody. One victory behind that duo, and in a five way tie for second, is the third best rider of all time in terms of number of wins, and one of the most naturally gifted riders of his generation: Ruby Walsh.