Newbury hosts one of it’s biggest racedays of the flat season in mid-August. The headline act at the Berkshire venue is the Hungerford Stakes, this seven furlong Group 2 affair often attracting a quality field.

This is one of only two Group 2 races held at Newbury, the other being September’s Mill Reef Stakes. The Hungerford was first contested in 1949 and was promoted to its current level in 2006 having previously been a Group 3.

About the Hungerford Stakes: Midsummer Group Action at Newbury

The Hungerford Stakes is a flat horse race run at Newbury in August of each year. The race is named after the town of the same name which lies only several miles to the west of Newbury. The race is open to all horses aged three years and older, and is run over the longest distance to still be considered a sprint race: seven furlongs.

The popular affair began back in 1949 and was initially run over a distance of one mile and four furlongs. The first race was won by the famous horse Star King, who was later shipped off to Australia to have a renowned career under the new name Star Kingdom. In the early years of its existence, the race was run on Newbury’s left handed course and shortened to seven furlongs 64 yards and for a time was a Group 3 contest. In 2002 the race was changed to run on the straight track, and four years later in 2006 the race was upgraded to its current Group 2 status.

The race has garnered much interest over the years from the betting community and as such brings with it the biggest names in the sport to compete. Many champion jockeys and trainers have tested their abilities here through the decades, but only a couple stand out from the crowd.

Frankie Dettori, arguably the best jockey of his generation, holds the race record for most wins having tasted victory a staggering six times in this race. His first win came in 1993 with Inchinor, and his last successful ride was in 2010 with Shakespearean. His record is two more than that of his nearest competitors – Pat Eddery, Lester Piggott and Geoff Lewis – who all sit on four wins each. 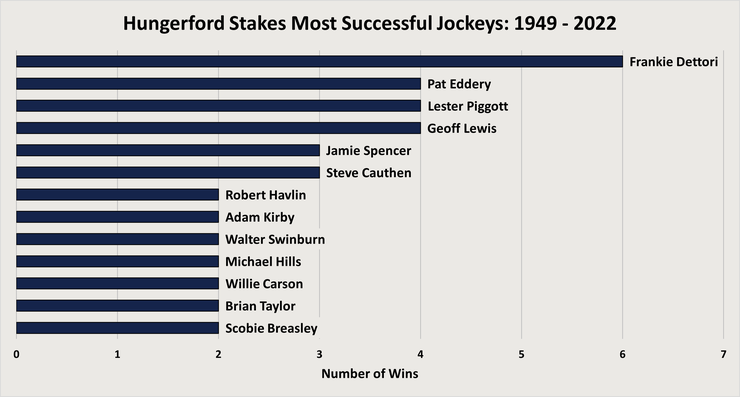 Regarding the successful trainers in this Newbury encounter, John Gosden has a very similar record to Dettori, having claimed first place six times with his runners, and also two ahead of his three nearest competitors. Sir Michael Stoute, Sir Henry Cecil and Noel Murless all have four wins each. 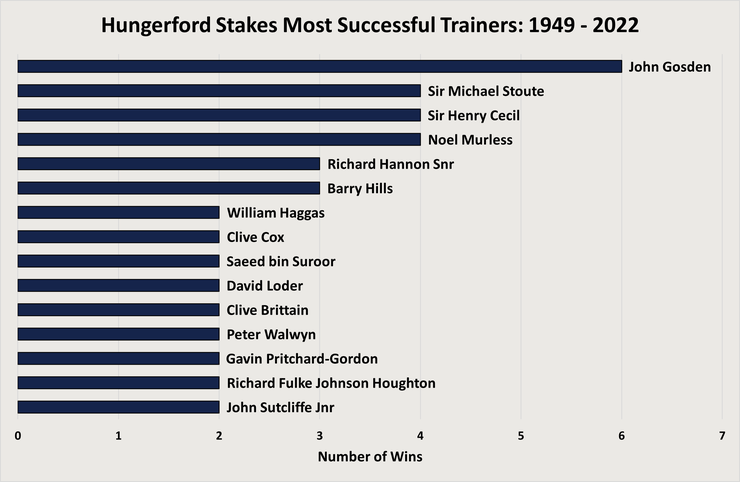 Even more coincidentally is that Dettori and Gosden were trainer and jockey for the horse Pollen Count, who in 1994 was part of the only ever dead heat in this race, when it crossed the finish line simultaneously with Young Ern, who was ridden by Willie Ryan and trained by Simon Dow.

When choosing which horse you favour most in this contest it is important to factor in as many of the details as you can. Though having a great and successful jockey on board certainly increases your chances of betting success, you clearly also need to look at the finer details, such as the distance at which the horse is used to running; you need to stick to horses with a solid history of success at six furlongs to one mile in this case. 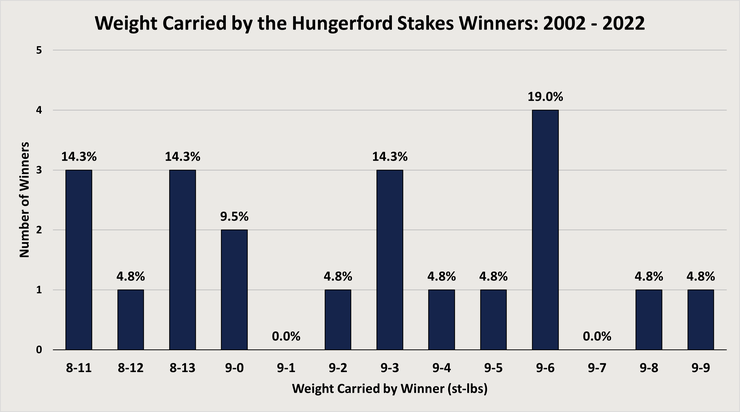 Then the weight has to come into play as three year olds have five pounds less on board than their older competitors in the field, and there are penalties of five and three pounds for previous Group 1 and Group 2 winners respectively. Lastly, fillies and mares also have a three pound advantage over the males in the race. Then there are the trends to consider, such as that fact that only one horse in the 14 years to 2022 had won their previous race. By taking everything into account you can get a decent picture of who has a fair chance of success.