There are many highlights over the four days of York’s Ebor meeting, but there’s certainly a case to be made that the very best of the lot comes on the opening day. With a whopping £1 million in total prize money on offer, the Juddmonte International is the richest contest of the week and regularly attracts a field befitting both its Group 1 status and the significant loot up for grabs.

The race was first run in 1972 and has been sponsored by thoroughbred breeders Juddmonte since 1989. In the 50 plus years since the inaugural running greats such as Giant’s Causeway, Falbrav, Sea The Stars and Frankel have all claimed victory.

About the Juddmonte International: One of the World’s Great Races 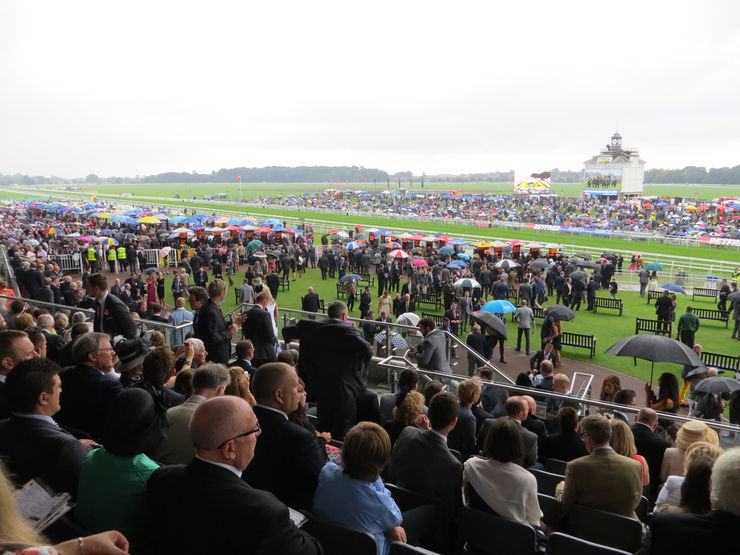 Headlining the opening day of the Ebor Festival is York Racecourse’s most valuable event of the season, the one mile, two furlong Juddmonte International Stakes. Not only does it boast a prize fund in of £1m but it stands as one of the highest rated flat races on the British racing calendar. Although youthful compared to many other races held during the Ebor Festival, its relatively short history has been a quite glorious one, with some of the best horses around taking glory.

It’s not too often a race is so well known by its sponsored title but Juddmonte Farms have sponsored the International Stakes for so long it’s hard not to link them to the contest. Having initially signed a deal supporting the race in 1989, you’ll find many keen racegoers refer to this Group 1 event as the Juddmonte International, or just the Juddmonte. Prior to this, the event was ran under two different guises, firstly the Benson and Hedges Gold Cup and later the Matchmaker International.

Ensuring the field is always full of big names is the lack of eligibility restrictions. Being aged three-years-old and up is the only requirement and those at the minimum age are aided by a seven pound advantage over older competitors. Fillies and mares are also given a three pound helping hand although their involvement in this race is quite limited nowadays.

While far from the oldest Group 1 contest around, you won’t find anyone accusing the International Stakes of having no history. Its first appearance in 1972 remains as one of the greatest debuts of any major horse race and it’s only gone from strength to strength since. The inaugural running of the now internationally recognised event was so special because it saw the mighty Brigadier Gerard beaten for the one and only time in his career.

Timeform rated the Vincent O’Brien-trained horse higher than any other in 1972 which is why he began the race as the overwhelming odds-on favourite. Despite having the backing of the punters, a once in a lifetime display from the American-bred Roberto forced him to taste defeat for the first ever time. It was a truly astonishing performance from Roberto who shattered the course record during a three length victory.

A FINAL MOMENT IN THE SPOTLIGHT

For many winners of the Juddmonte International, it proves to be their last ever victory in a major race. Typically horses are retired to stud a few months after clinching glory in the increasingly lucrative contest, unable to grab another win later in the season before they do.

The four exceptions to the rule since 2007 have been Japan, Roaring Lion, Frankel and Sea The Stars, who all ended their careers with at least one more big win. For the remaining horses though, their lack of success afterwards is available to see below: 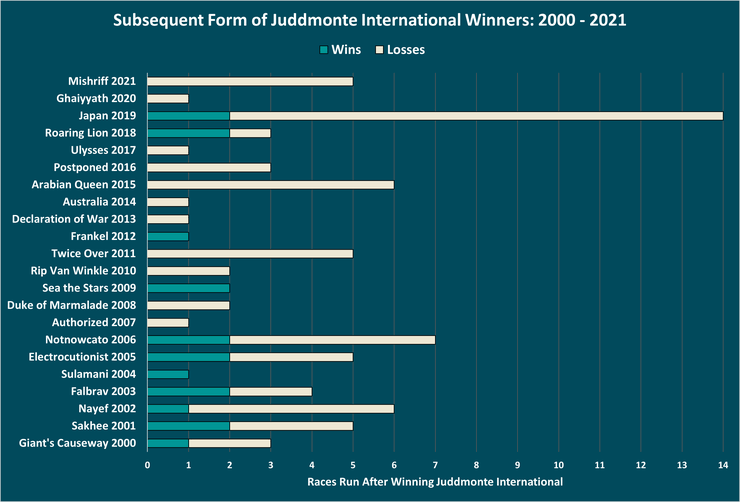 ARABIAN QUEEN DELIVERS A SHOCK FOR THE AGES

Since the turn of the new millennium, there has been little in the way of major shocks in this race. Thirteen favourites have triumphed and the longest priced winner, prior to Arabian Queen’s unbelievable win, had been 8/1. Serving us a reminder that every horse that takes to the stalls always has some chance, however small, the three-year-old filly secured a completely unpredictable and rare win for the girls. 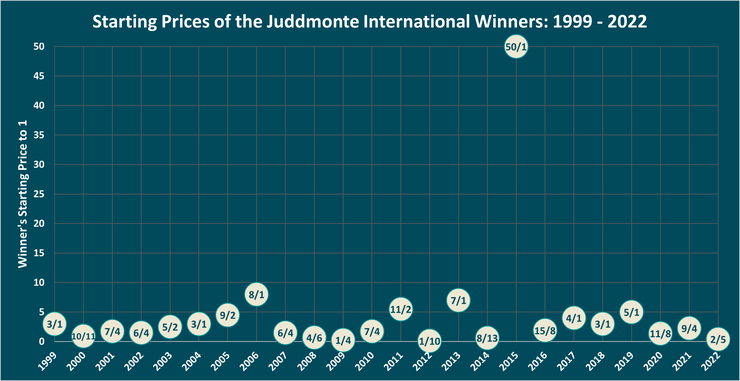 Her stunning victory came during the 2015 running of the Juddmonte International, a race where Golden Horn set off as the 4/9 favourite. Things never went according to plan for the odds-on option though but he was able to draw level with Arabian Queen inside the final furlong. To the surprise of almost everyone inside the racecourse though, the 50/1 filly resisted the challenge to claim a narrow victory on the good to soft Knavesmire turf.

A RACE OF FINE MARGINS

While the field definitely tends to stretch out towards the end of this 10 furlong race, it’s often hard to spot the winner as they approach the final furlong. Occasionally you’ll see one horse run away with the contest but this is not usual when taking a look at past results. More often than not there’s little to separate the leading two or three challengers as they close in on the finishing post. The margin of victory is regularly so small that it all it takes is a slight error of judgement from a jockey to produce a completely different outcome. 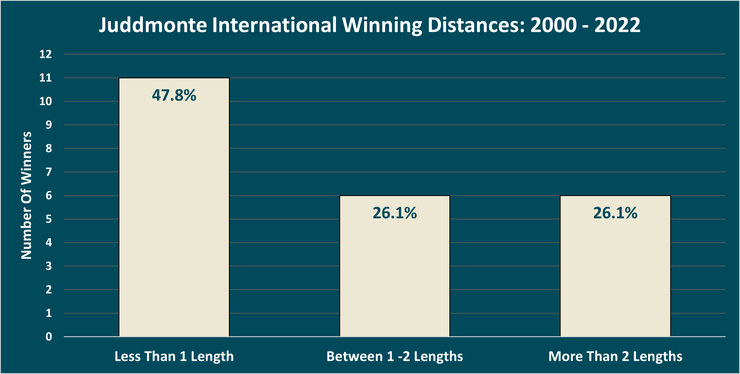 The only major anomaly of recent times was Frankel’s devastating victory in 2007. The 1/10 favourite was expected to win comfortably and he did just that after finishing in typically emphatic style. With two furlongs to go, Tom Queally shook up the four-year-old and the response was immediate as Frankel began, almost instantly, to pull away from his rivals. With the field unable to rival his pace, Sir Henry Cecil’s horse continued to extend his advantage, finishing seventh lengths clear of Farhh in second and further enhancing his reputation as one of the greatest racehorses ever. Along with Sakhee’s 7l win in 2001, these are the widest winning margins this century.

His long-running appearance on Question of Sport helped make Frankie Dettori a household name in Britain but few will be aware of his father, Gianfranco. Dettori senior mainly raced in Italy but did enjoy some success in England too with his 1976 triumph in the International Stakes one of his biggest victories. Little did father or son know it then, but Frankie would go on to follow in his father’s footsteps, claiming his first win in this race in 1996. Four more victories (as of 2022) have followed since, putting him alongside Lester Piggott as the event’s leading jockey. Can Frankie make the record his own in the years to come?