The first classic of the Irish flat racing season takes place at the Curragh as the colts line up here for the Irish 2000 Guineas. As with the Newmarket 2000 Guineas, this is run over a distance of one mile.

Not too far off its 100th Anniversary now, this contest was first run back in 1921, and boasts an illustrious roll of honour including the likes of Gleneagles, Rock of Gibraltar and super sires, Dubawi and Sadlers Wells.

1m is the trip for the first Classic of the Irish flat season, in a race which this year offers €250,000 in guaranteed prize money. The ground at the track is currently described as good to firm, but there are regular showers forecast.

With the opening British Classics now in the record books for another year, this weekend sees the attention turn to Ireland as the Curragh stages both the Irish 2,000 and 1,000 Guineas. It is the colts who are up first as the weekend starts early, with this year’s edition of the race taking place on Friday evening.

It’s a familiar tale when looking at the trainers’ records for the race, with the master of Ballydoyle, Aidan O’Brien, out on his own in front having recorded 11 previous successes in the race. O’Brien would look to boast strong claims once again this year, with six of the 11 runner field hailing from his County Tipperary yard.

This contest has witnessed a shock result in each of the past two seasons, with Romanised winning at 25/1 in 2018 and Phoenix Of Spain coming out on top at 16/1 in last year’s renewal. The past decade has featured a respectable four wins for the market leader, but with three of those returning an odds-on SP, favourite backers have registered a loss of just over two units.

The runner most likely to be carrying the hopes of jolly backers this year is the Colin Keane-trained Siskin. A perfect four from four in his juvenile campaign, the son of First Defence registered three of those wins at this track, including in the Group 1 Phoenix Stakes. A winner on ground ranging from soft to good to firm, he should handle any going conditions and has already mastered a couple of these rivals as a two year old.

The main question surrounding this one’s chance is the trip. All four of his career wins to date have come over the sprint distance of six furlongs, with the colt’s potent turn of foot being a notable weapon at that distance. If he is able to maintain that late acceleration now stepped up by two furlongs, he may well be the one to beat, and to his credit he did look to be forging further clear as they hit the line in that Phoenix Stakes contest. Sure to have plenty of supporters on the day, he looks likely to go well.

Shortest in the market of the Aidan O’Brien sextet is the mount of Wayne Lordan, Armory. Getting off the mark at the second time of asking in his maiden, this son of Galileo then made rapid progress to score at Group 3 and Group 2 level, before being put firmly in his place by Pinatubo in the Group 1 National Stakes at this track. Having also come up short in two subsequent Group 1 starts at Longchamp, he does now have it to prove at the very top level.

Being by the greatest sire in the game, and hailing from a yard so familiar with improving similar runners during their classic campaigns in the past, it certainly wouldn’t be the biggest surprise should he find the required improvement this season. The fact that he would appear to have the confidence of the yard behind him may also prove to be significant.

Also going for team Ballydoyle is one of the brightest horses from the first part of last season: Lope Y Fernandez. An impressive winner on debut at the Curragh, this son of Lope De Vega arrived at Royal Ascot with a tall reputation and a solid performance in the book. All the rage in the market, he was sent off at odds of just 5/4 for that Listed event but was no match for the Pinatubo in the closing stages. There’s no real shame in that though as nothing else could match the Godolphin runner last season either.

Beaten even further by Pinatubo in the Vintage Stakes at Glorious Goodwood, Lope Y Fernandez then put in his best performance to date when claiming top spot in a Group 3 event at this track in August, before running a respectable race to not be beaten far in the Middle Park Stakes at Newmarket. A winner at seven furlongs already, the signs suggest that he ought to see out the mile trip, but he does need to find a little improvement from somewhere.

Next in the betting is yet another Aidan O’Brien runner – Vatican City. Being by Galileo and out of You’resothrilling, this one is a full brother to 2,000 Guineas winner Gleneagles, and Irish 1,000 champ Marvellous, making him the standout out challenger in the field from a breeding perspective.

Raced only twice at two, he showed little on debut at Newmarket when looking completely clueless in the early stages before consenting to stay on into fifth. Like many from this yard though he looked a different animal entirely in his next outing on the all-weather at Dundalk. Up with the pace from the off this time, it looked a case of a man in against boys from a long way out, as he coasted home for a two and a half length success. Put away for the season following that run, he is taking a huge step up in class here, but on the plus side, he hasn’t yet been found wanting at the highest level unlike some others in the field. Sure to stay this trip, he looks the value bet in the race to our eyes.

About the Irish 2000 Guineas 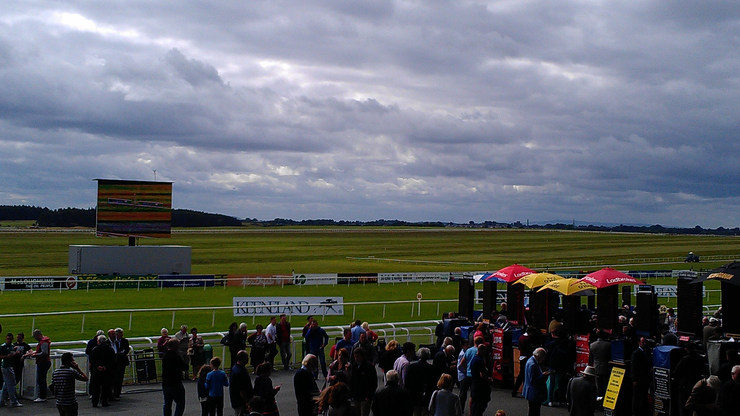 The history of the British Classic races is littered with horses who attempted to win the Triple Crown. That’s a feat that is rarely attempted anymore and connections of the leading contenders of the 2000 Guineas at Newmarket are increasingly likely to enter their charges in the Irish 2000 Guineas at the Curragh, as opposed to the Epsom Derby. It should be noted however that due to scheduling changes in 2020, horses couldn’t compete in both races that year.

The Irish 2000 Guineas has a rich and proud history since its inauguration in 1921. It has always (and understandably) been linked with its equivalent at Newmarket given that it is run over the same distance of 1 mile and often includes several of the leading contenders from the British race. The three week gap between the two races (just 6 days in 2020) is very deliberate as it is thought to be a perfect gap for horses to compete in both.

That gap was only introduced relatively recently in the history of the Irish 2000 Guineas. The race’s organisers have always tried to attract the very best three-year-old milers though and in total nine horses have completed the Newmarket/Curragh double up to and including the 2020 renewal.

Punters looking to make some profit from the bookies with the Irish 2000 Guineas have a very obvious place to start – horses trained by the brilliant Aidan O’Brien. He has saddle multiple winners in all manner of big races in Ireland, the United Kingdom and internationally but has an especially phenomenal record in this race. Churchill made it 11 wins for O’Brien, all but one of which came in association with Ballydoyle, the training arm of the powerful Coolmore Stud. 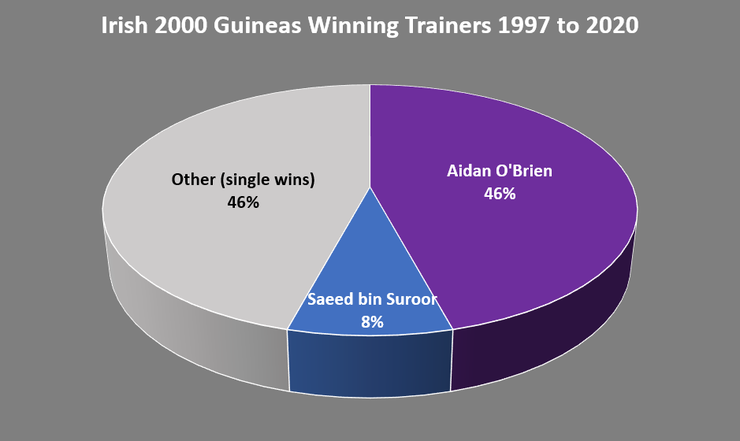 Ballydoyle’s incredible success in the Irish 2000 Guineas means that each of Ryan Moore, Joseph O’Brien and Johnny Murtagh have ridden multiple winners. Any modern jockey will do very well to match the record of five wins which is jointly held by Tommy Burns Sr. and Martin Quirke though. Their 10 combined wins began with Burns’ success in the very first Irish 2000 Guineas and ended with another Burns win in 1948.

Picking the winner of the Irish 2000 Guineas isn’t quite as simple as backing an Aidan O’Brien horse. Punters have a lot of previous stats and trends to go on though, with the most helpful surrounding recent performances. Having a run inside three weeks of making the trip to the Curragh is a prerequisite whilst the vast majority of recent winners ran at Newmarket last time out. Again it is worth noting that this wasn’t possible in 2020. 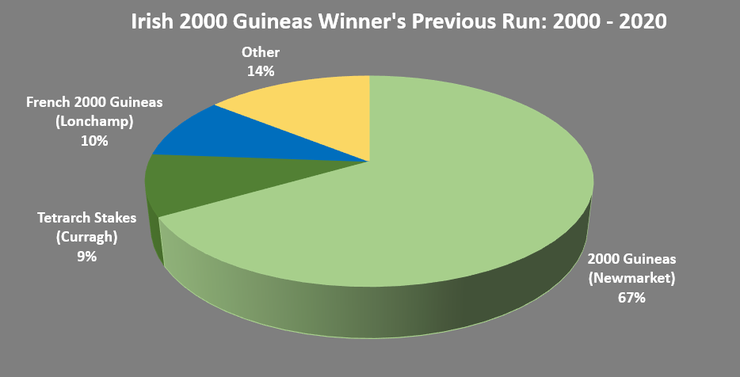 When it comes to previous wins, punters should side with horses who have already got the job done over at least 7 furlongs. This is a Group 1 race for top class, specialist milers though, so those three-year-olds who have won over longer than 1 mile should be viewed with caution.

Of course, racing fans are well aware of the importance of proven high class form over a mile as are the bookies which is why those at the top of the betting have such a good record in the Irish 2000 Guineas. It’s very rare for the favourite to finish outside of the places and also rare for winners to be priced over 5/1.