The Irish Derby is the third Classic of the flat racing season in Ireland, and usually takes place on the final weekend of June or the first week of July at the Curragh. This ordinarily makes it a target for horses who have run at the Epsom Derby at the beginning of the month.

The Derby is the oldest of Ireland’s Classics and was first run in 1866, though other incarnations of the contest did take place earlier than this. Standout former champions include Triple Crown winner Nijinsky, Shergar, Sinndar and Galileo.

The 1m 4f Irish Derby begins on the far left of the course if viewed from the main Grandstand. Runners travel clockwise turning right handed around the inner of the two course loops before joining the home straight at the 3f point. This horseshoe shape is similar to that of Epsom and the Epsom Derby though horses travel in the opposite direction.

About the Irish Derby 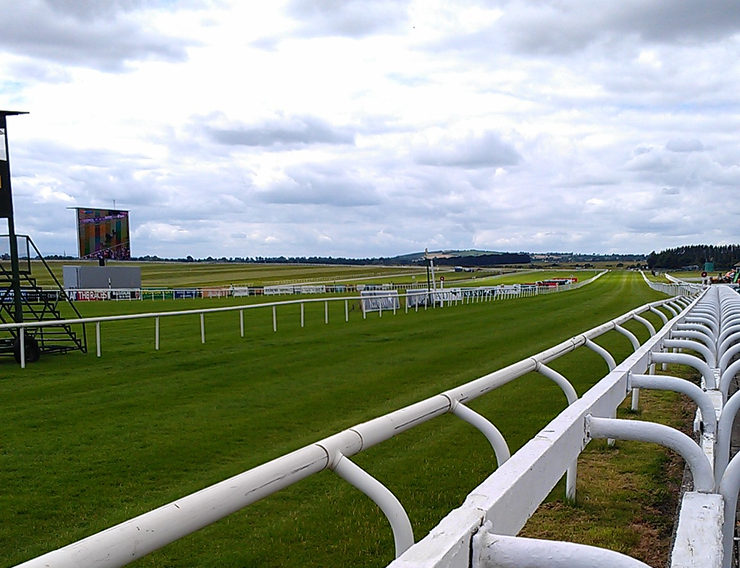 Three weeks after the Epsom Derby during most years, Ireland hosts its very own equivalent of the famous race. A huge occasion in its own right, the Irish Derby is one of the biggest races on the Irish racing calendar, flaunting a purse that hit the €1.5m mark in 2016, though in 2020 this was be halved to €750k, rising back to €1m in 2021 and 2022. The action takes place at the Curragh over a distance of a mile and a half with only three-year-olds eligible to compete. Geldings are excluded from taking part and although fillies are not, it is rare to see them involved. The last filly to attempt to take the Irish Derby was Aidan O’Brien’s Tuesday in 2022.

Standing as one of the Irish Classics, it will come as little surprise that the Irish Derby is a race with a long history. It has roots dating back to 1824 although the modern version of the race, as we know it today, didn’t begin until 1866. The masterminds behind the event were the 3rd Earl of Howth, the 3rd Marquess of Drogheda and the 3rd Earl of Charlemont. Initially they designed the race to be run over a mile and six furlongs but it was reduced to its present distance in 1872.

Today the Irish Derby is widely known for its giant prize fund but this has not always been the case. It was only in 1962 when its value rapidly increased after it paired up with the popular Irish Hospital’s Sweepstake. The move, made by founder of the sweepstake, Joe McGrath, put the one-and-a-half mile contest firmly on the map and it’s not looked back since.

Since its rise to fame in the 1960s, an increasing amount of Epsom Derby winners have travelled across the Irish Sea to try their luck in this race. Winning both races is hardly a rare sight either with eighteen horses having successfully pulled off the English-Irish Derby double. 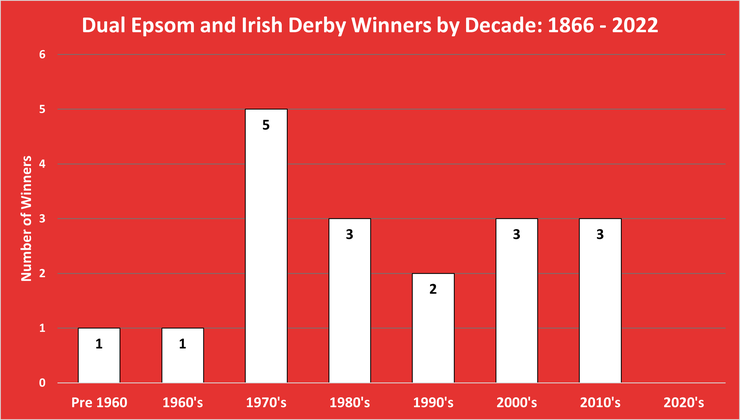 Given the relationship between the two events, the result at Epsom is one you simply must take into account before placing your bets on this race which usually runs three weeks later, though 2020’s edition actually took place one week before the Epsom equivalent. As the chart below shows, when champions of the English derby come to the Curragh, they tend to perform quite well.

Entries Aidan O’Brien has for the Irish Derby are ones you will want to take a very close look at. The Ballydoyle trainer has developed a real knack for producing winners of this race. He first tasted success in 1997 and since then has secured a record breaking 14 victories, a record no other trainer comes close to. Seven of the wins came back to back during an incredible period of dominance between 2006 and 2012 from the Irishman. His son, Joseph, could well follow in his footsteps after beating his dad to the 2018 title but he has a very long way to go yet.

While it is important not to downplay O’Brien’s achievement tin this race, some context is required. The Irishman regularly throws several names into the hat for each renewal of the Irish Derby, rather than having hopes lie on the shoulders of just one runner. By sometimes being responsible for more than half the field, he is bound to have a decent success rate. If you cast your gaze below, you can see just how much of a presence he’s had in this race over the years. 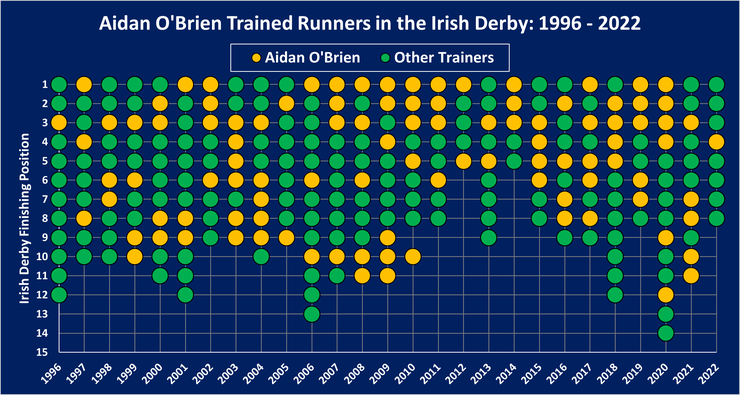 A CURIOUS CASE OF TWOS

A lot of interesting trivia surrounding this race has one thing in common, doubles. In 1924 and 1934 we had double Irish Derby champions following two dead heats. In 1880, owner William Brophy won this race and the Irish Grand National in what is a unique double to pull off. What’s even more fascinating is that both of his winning horses were out of the same dam, Winged Bee. More recently we witnessed another historic achievement as Aidan O’Brien and son Joseph became the first father and son duo to win this race as trainer and jockey, doing so with the outstanding Camelot.