After enjoying its inaugural run in 1987, Leopardstown’s Irish Gold Cup quickly emerged as one of the leading trial races for the Cheltenham equivalent. The first four Gold Cups were named after one of Ireland’s most successful trainers, Vincent O’Brien.

Although not quite carrying the same level of prestige as the Cheltenham Gold Cup, this is undoubtedly a high class affair and one of jump racing’s biggest events.

This race is synonymous with the Willie Mullins trained chaser Florida Pearl, who won the Irish Gold Cup on a record four occasions, including as a twelve year old in his last ever race.

About the Irish Gold Cup: The Jewel in Leopardstown’s Crown 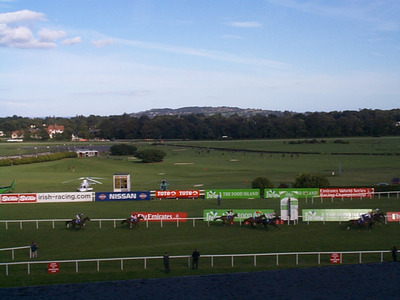 One of the very best dual-purpose tracks on either side of the Irish Sea, Leopardstown has no shortage of high-profile flat contests, including the mighty Irish Champion Stakes.

When it comes to the jumping game however the big race of the season is this three-mile chase which takes place each year in February.

First run in 1987 and named in honour of the greatest Irish trainer of all time, Vincent O’Brien, the event has undergone a number of name changes over the years. Known for a period as the Hennessey Gold Cup, or Irish Hennessey, to avoid confusion with the English race of the same name, the race has since been sponsored by bookmaking firms Stan James and Unibet, the latter of whom who took over in 2017 until 2019. From 2020 Irish bookmakers Paddy Power became backers of the contest.

There are seventeen fences to be tackled in all in a race which often proves an ideal trial for the Cheltenham Gold Cup which takes place only a month later. As of 2021 three runners have succeeded in achieving the famous double: Jodami in 1993, Imperial Call in 1996 and Sizing John in 2017.

One of the enduring attractions of the National Hunt game is the longevity of its competitors when compared with those of flat racing. Year after year our old favourites return to the track to strut their stuff once more, enabling the top chasers and hurdlers in the business to embed themselves in the public affections.

The Irish Gold Cup has certainly been a race which has been pretty kind to former winners with six runners having registered multiple wins in the race as of 2021. All told, 10 of the 36 editions were landed by a runner who had already shown they had what it takes to prevail.

John Upson’s Nick The Brief became the first dual scorer in 1991 followed by 1989 hero Carvill’s Hill  when rolling back the years to win for the second time in 1992. The ever-popular Beef Or Salmon and Jodami meanwhile claimed the prize three times apiece. Special mention though must go to the most successful runner in the history of the race, the wonderful Florida Pearl. Having rattled off three successive wins between 1999 and 2001, it looked as though he was all set to claim the record as his own. Only fourth in 2002 though and pulled up in 2003, was his chance gone headed into the 2004 edition as a 12 year old? Not a bit of it as he jumped magnificently throughout to bring the house down with a three-length success.

Mighty Mullins In A League Of His Own

Willie Mullins may have been challenged in recent years by the growing force that is Gordon Elliott, but for the best part of a decade he has been the standout dominant force in Irish racing. Given the wealth of Grade 1 performers he has had at his disposal over this time, it is no surprise to see that that dominance has extended to one of the major contests of the Irish calendar year.

Mullins has racked up an impressive eleven wins in the race to date – helped in no small part by Florida Pearl’s heroics – which is more than the second and third most successful trainers – Michael Hourigan (four wins), and Peter Beaumont (three wins) – combined. In 2020, Gordon Elliott won his first Irish Gold Cup with Delta Work, following with his second in 2022 with Conflated.

Open to all runners aged five and older, it has proven tough for the youngest performers to master their elders over the years, with no runner younger than seven having claimed glory as of 2022. It hasn’t been particularly easy for the veterans of the game either though, with multiple winners Beef Or Salmon and Florida Pearl being the only runners older than 10 to have come home in front. The chart below gives a full breakdown of the age of the winners up to 2022. 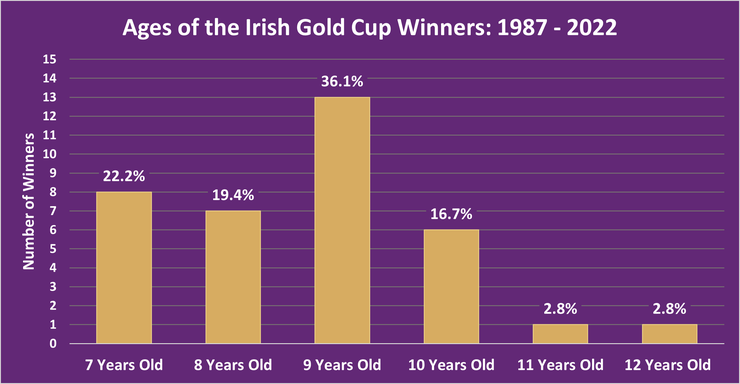