The three-year-olds will battle it out in the King Edward VII Stakes on the Friday of Royal Ascot, a race that is now over 180 years old.

During its early days it was open to fillies but now only colts and geldings are eligible to take part.

At the same distance as the Epsom Derby, this race began life known as the Ascot Derby and to this day runners from the Classic, which runs earlier in the month, regularly take part.

At one and a half miles, the King Edward VII Stakes begins after the turn at the end of the home straight. The field travel north away from the stands before tuning back south with a final right-hand turn onto the straight towards the winning post.

About the King Edward VII Stakes 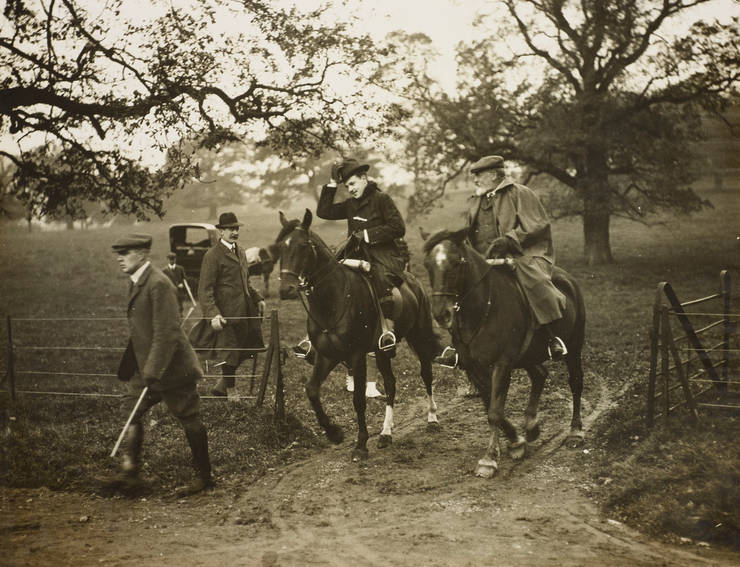 Standing as one of the highlights of day four at Royal Ascot is the King Edward VII Stakes. Run over the same distance as the Epsom Derby, you tend to find a few horses featuring in both events. Although this Group 2 contest doesn’t quite carry the same level of prestige, its £250,500 purse is enough to ensure it attracts a high quality field each year.

Like many of the races that feature during Royal Ascot, the King Edward VII Stakes has a long history stretching all the way back to the 19th century. It enjoyed its inaugural run in 1834 under the name of the Ascot Derby. The change in title occurred in 1926 in order to commemorate the son of Queen Victoria who died 16 years earlier. While initially a mixed sex race in its early days, the 1m 3f 211y test has long been a contest only open for colts and geldings aged three-years-old.

A STEP UP FOR MOST

Changingoftheguard came fifth in the 2022 Derby before claiming victory her at Ascot. Japan, the 2019 winner of this race, came third in the Epsom Derby prior to running at Ascot. Another two recent King Edward winners, Permian (2017) and Across the Stars (2016) both ran in the Derby before their Royal Ascot visit. Neither made an impression at Epsom, both finishing in 10th place, showing the difference in quality between the two events.

Rarely has the Derby been used as a warm up test for King Edward winners though, with the four aforementioned names rather bucking the trend. Winning both races is even rarer with no horse winning doing so since the 19th century.

In 2020 this race took place before the Epsom Derby, meaning the roles were reversed and the King Edward VII was a prelude to the Classic.

Usually, this race acts as a step up for the hopeful field, rather than being a step down. Between 2003 and 2022, only 9 of the 19 champions of this Group 2 event had previously won at Listed quality or better. The remaining 10 had either not given it a shot or were unable to win at Class 1 prior. In the exceptionally rare cases that a horse has won a Group 1 race anytime since the previous August, they are subject to a 3lb penalty here. The last horse saddled with the extra weight was the Italian-trained Dylan Mouth in 2014.

Geldings are free to take part in this race providing they are three-years-old but they rarely play a major part in it. The four editions of the contest between 2018 and 2021 saw no geldings involved with Ottoman Fleet in 2022, Lead Choreographer in 2016 and Best Of Days in 2017 the only geldings to take part since 2012. Ottoman Fleet finished in a respectable fourth place but neither of the other two managed to impress, both finishing in last place.

It therefore should come as no surprise that a gelding hasn’t won this race in over thirty years. Colts have always come out on top in that period, a reflection of the advantage they have and their better representation. The most successful geldings in recent times have been Oriental Express in 1996, Palio Sky in 1997, Snowstorm in 2001 and Ride With The Wind in 2009 who all finished as runners-up. 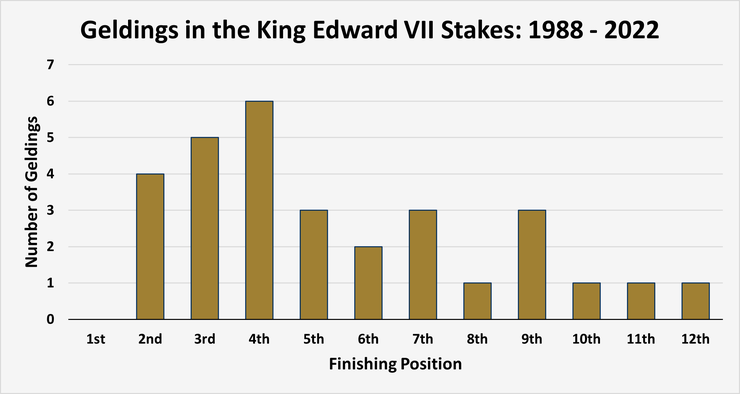 WATCH FOR THE DRAW

Although Ascot isn’t associated with having a strong draw bias, an interesting draw trend has emerged from this race over the years. Horses starting from between stalls two and seven (inclusive) have fared similarly, and far better than those setting off elsewhere. In fact horses drawn 2, 4, 5, and 7 all have an identical record of three wins each since 2000, with stall three one better on four. 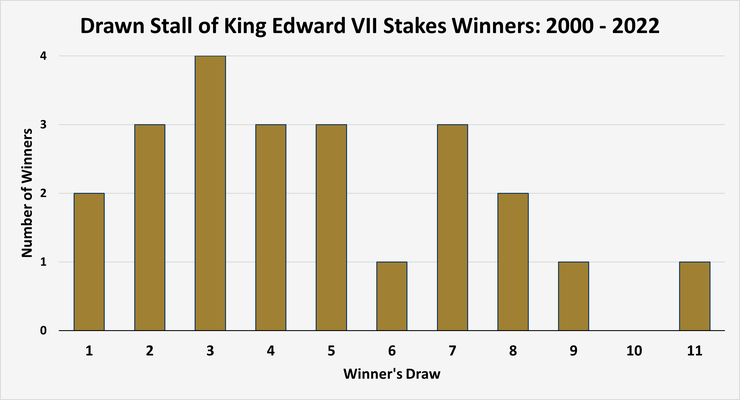 Runners placed on the very inside gate have enjoyed relatively little success of late and this is something definitely to be aware of. Pyledriver in 2020 was the first horse drawn in stall 1 to win this contest since Five Dynsaties back in 2004. As this race rarely attracts a huge field, you would fancy more frequent inside stall champions but there has only been these two since 2000.