Ascot brings one of the most prestigious all-age 1m4f contests run anywhere in the world in late July, as the Berkshire venue plays host to the King George VI and Queen Elizabeth Stakes.

One of the most intriguing aspects of this contest is the battle between the generations it represents, as the three year olds tackle their elders.

Established in 1951, this race combined two former races, the King George VI Stakes and the Queen Elizabeth Stakes. Nijinsky, Brigadier Gerard, Mill Reef, Shergar, Dancing Brave, Galileo and Enable are just a few of the names to feature on what is a simply stellar roll of honour.

About the King George VI And Queen Elizabeth Stakes 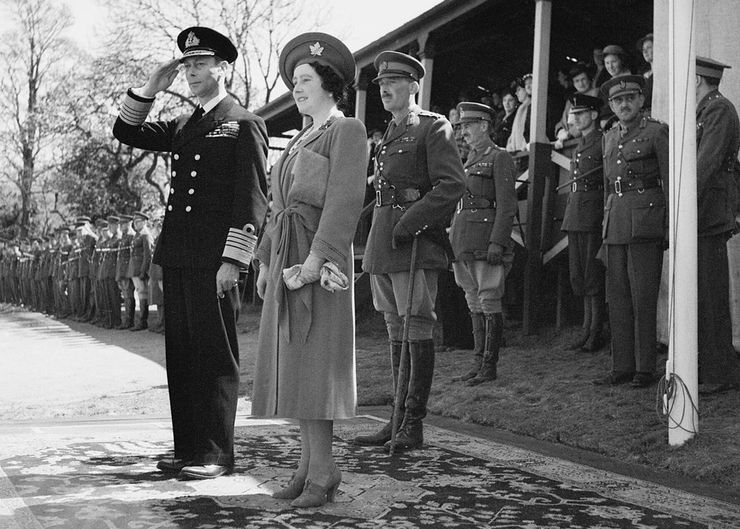 You will not find a bigger open-age flat race in the UK than the King George VI & Queen Elizabeth Stakes. Unmatched in terms of status, the Group 1 contest is Ascot’s most prestigious mid-summer event and one of the racing highlights of the season. Unlike many big races, the only requirement is that horses are over three-years-old. Fillies and mares benefit from a three pound allowance while southern hemisphere four-year-olds enjoy a four advantage.

The long name of the race is a result of it being an amalgamation of two events. The King George VI used to be a two mile contest held in October while the Queen Elizabeth was four furlongs shorter and was run in July. Neither lasted long though as just a few years after their inception Ascot’s Course Clerk, Major John Crocker Bulteel, merged the pair. He did so in the hope of creating an internationally recognised one and a half mile contest for horses aged three and above, and how he managed that.

There were certainly big plans for the future of the race when it first featured in 1951 during the Festival of Britain. Although there have been some minor tweaks to its name, as well as various sponsorship deals, it has stayed true to what Crocker Bulteel had in mind all those years ago. From its humble origins, the King George as it is commonly referred to, now stands as the second most valuable race in Britain, second only to the Derby. It also serves as a route into the Breeders’ Cup Turf with King George champions handed automatic entry to the big American held contest.

There are many future possibilities for a horse who has won a race as important as the King George, including the Arc. Arguably the most prestigious horse race on the continent, it is one of the few races that would top a King George victory. Ran over the same distance and also available to three-year-olds and above, many who feature in Ascot’s top summer spectacle often wind up at Longchamp in October. King George champions don’t consistently make the trip but those that do tend to put in a decent shift across the Channel as you can see below. 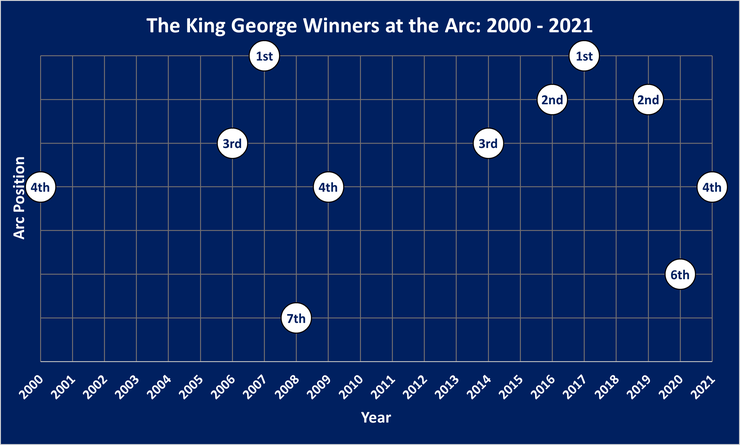 Although only Enable in 2017 and Dylan Thomas in 2007 have been able to win the King George VI And Queen Elizabeth Stakes and the Prix de l’Arc de Triomphe in the same season since 2000, Danedream, Hurricane Run and Montjeu did win the two in separate years. In total there have been ten dual King George and Arc winners, seven of those were in the same season.

RACE OF THE CENTURY 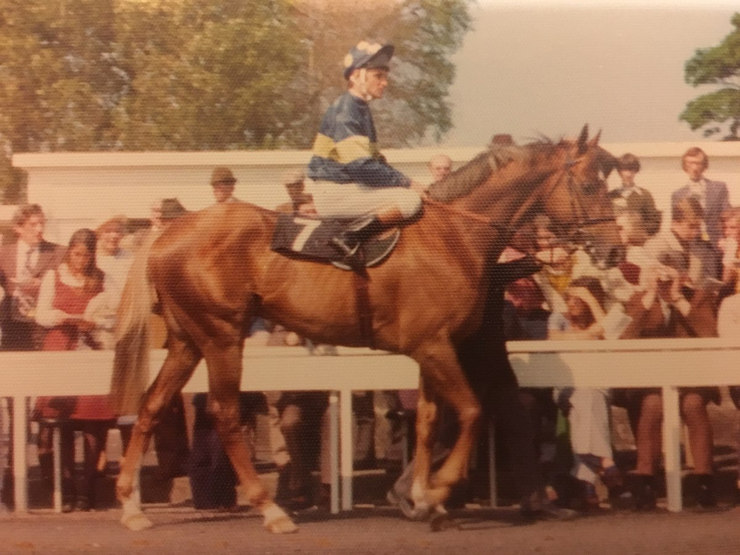 You’ll never find any agreement on what should hold the title as race of the century but it is something often attached to the 1975 King George. Even watching it back today, it’s hard not to get excited about it, such was the intensity of the battle between Grundy and Bustino.

The latter was joined by two stable mates who set a blistering early pace in an attempt to tire the famously fast finishing Grundy. It very nearly worked too as down the home straight the 5/4 on favourite pulled level with Bustino but was unable to go clear. The two continued to battle with no more than a neck’s length in it but Grundy just managed to hold on. It remains a battle any racing fan simply has to see and it’s available to watch below.

While the 1975 edition of this race has gone down as the top renewal of the 1900s, we’ve already seen an early contender for king renewal of the 21st century. Unlike before, the 2010 running of the King George didn’t see a famous battle between two horses down the home straight, quite the opposite in fact.

There was nothing to separate the leading four horses two furlongs out but it was at this point that Olivier Peslier set Harbinger loose. To say the son of Dansili blew the field away would be an understatement. He drew clear of the field with truly frightening ease, winning by a record-breaking 11 lengths and clocking a then record time of 2:26:78. See Harbinger’s devastating finish in all its glory below.

The age trends for this race were very much against Poet’s Word ahead of the 2018 renewal of the King George. Prior to his narrow success over Crystal Ocean there hadn’t been a winner older than four this century. Like busses, this was followed in 2019 by John Gosden’s Enable who also won at the age of 5, ironically ahead of Crystal Ocean again in second by the same winning distance of a neck as with 12 months previously. Enable won again in 2020, the only 6 year old runner to do so this century.

Despite being open to all ages, it has very much been a race for younger horses, as you can clearly see in the chart above. The inability of older horses to make their mark in this race combined with the tendency to retire winners to stud, has led to a distinct lack of multiple-time champions. Only three horses have won this race on more than one occasion, Enable (2017, 2019, 2020), Dahlia (1973, 1974) and Swain (1997, 1998).

Older horses haven’t fared well in this race and neither have the girls traditionally. Following Time Charter’s victory in 1983, we went nearly 30 years without a female winner. The drought finally ended courtesy of the German trained Danedream in 2012. Despite her Arc victory in the season earlier, the filly set off an unfancied 9/1 shot but once again produced big to become the first female double winner of the two races.

After such a long wait, another filly champion emerged just two years later in the form of Taghrooda. Riding over a stone lighter than some of her rivals on an account of age and gender, the John Gosden-trained horse secured an impressive three length win. This was followed three times by Enable meaning that just under half of the races since 2012 have been won by a filly or mare.