A top-notch jumping card from Haydock lights up the racing action in late November, with the feature event seeing a field of the best 3m chasers in the business locking horns in the Betfair Chase.

Acting as leg one of what has come to be known as chasing’s Triple Crown, the Betfair Chase has been won by some of the very best in the business over the years, including three-time champ, Cue Card. Any horse who follows up a win here with victory in both the King George and Cheltenham Gold Cup will be in line for a whopping £1million bonus, making this an understandably highly-prized contest.

We are likely to be hearing plenty more from a good few of these in the top staying chases as the season goes on in a race that rarely disappoints.

About the Betfair Chase 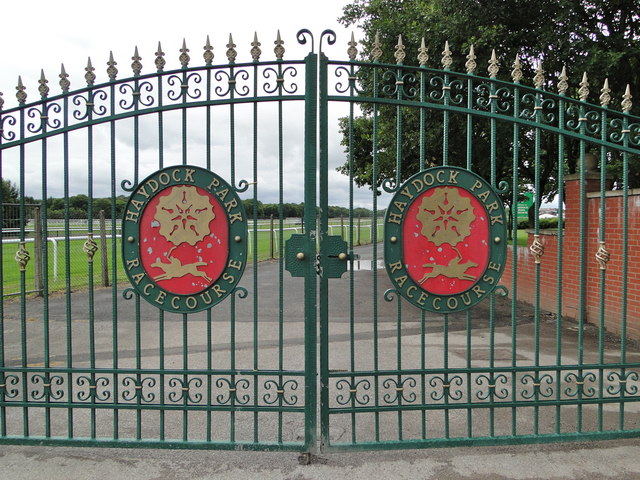 Although registered as the Lancashire Chase, you are far more likely to know this race by its sponsored title, the Betfair Chase. It initially served as the first leg of a lucrative bonus scheme called the Betfair Million which Cheltenham hero Kauto Star was the first horse to claim. The online betting company withdrew the jackpot five years later but this race nevertheless remains a huge contest in its own right. It also has the honour of being the opening Grade 1 event of the National Hunt season, making it a big day on the calendar of many racing fans who love their racing action over obstacles.

It’s an extra special race for Haydock Park too as this three mile, one and a half furlong contest is the sole Grade 1 event to feature on the calendar of the Merseyside course. It’s not always been run over this distance but in 2017 organisers increased the trip to allow a longer run before the first bend. The extra furlong and a half means an extra fence needs to be jumped too, putting the new total at 19 and making this a really gruelling contest.

The Betfair Million initially worked by giving £1m to the connections of any horse that won this race as well as the King George VI and Cheltenham Gold Cup. The Lexus Chase was later added as an alternative second leg but shortly after the scheme changed again. The new set-up saw the £1m offered to any top three Betfair Chase finishers who also managed a top two result at the Cheltenham Festival and a Grand National win. Having perhaps set the bar too high, Betfair pulled the huge bonus but the Jockey Club resurrected it in 2015.

Today the bonus is awarded to any horse that can claim the Chase Triple Crown, formed of the three races that initially served as part of the Betfair Million. Only Kauto Star in 2006/07 has won the three races in the same season but Cue Card came close during the 2015-16 season. After winning this race and the King George, Colin Tizzard’s horse found himself as the Gold Cup second favourite but fell three fences out.

Are we likely to see another horse come even closer soon? Results over recent years suggest it could be a while and it is clearly a huge ask to win three such high class events. One thing that makes the hat-trick achievable is the spacing of the events. With this race scheduled to take place in November, the King George of course in its Boxing Day slot and the Gold Cup in mid-March, there is at least sufficient rest for the horses. Of course, looking at the other side of the coin, it also means that any horse landing the huge bonus will have to be in top form for virtually the entire season.

For more on the Stayers Chase Triple Crown, check out our dedicated article here.

One slightly unusual feature of the Betfair Chase is its lack of unique winners. The race began in 2005 but only ten different names feature among the list of winners. 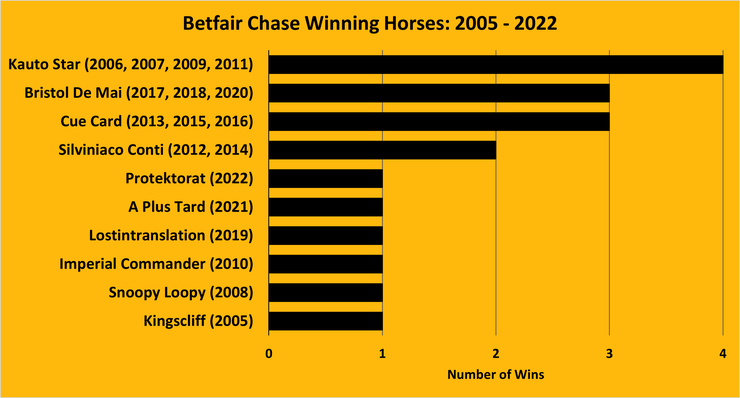 Four horses have won the race more than once, nobody on more occasions than Kauto Star, a repeat winner of many of chasing’s biggest prizes. His debut victory was an absolute demolition job too as he raced 17 lengths clear of second place Beef Or Salmon. Four out of five times Paul Nicholls’ horse won here in total, the only blot on the record coming in 2008 when he made a bad mistake at the last to unseat jockey Sam Thomas.

It was the only time in Kauto Star’s career that he unseated the rider and gasps echoed around Haydock Park as it happened. The mistake paved the way for Snoopy Loopy to claim a dramatic, and at 33/1 very much against the odd, victory.

Since the inception of this race, there have been a few unseated jockeys but there wasn’t a single faller until Imperial Aura in 2021. Haydock was once known for having some of the toughest obstacles around but this changed following the introduction of portable fences in 2007. 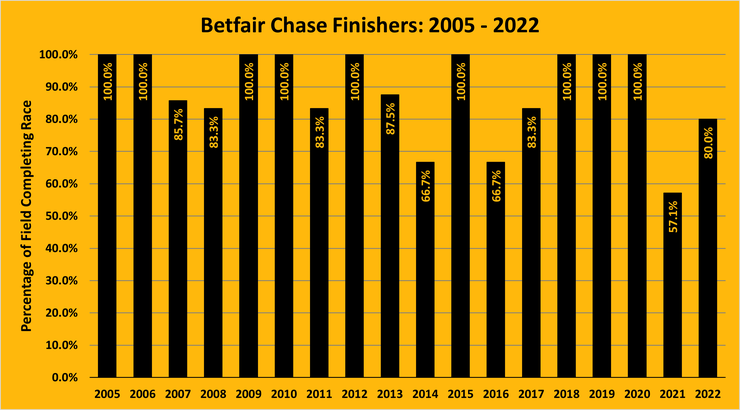 From this point in 2007, the Merseyside course offered little in the way of a jumping challenge but 11 years later they reclaimed their former reputation. The 2018 Betfair Chase was steeped in controversy as a result with Nico De Boinville, who rode Might Bite, branding the obstacles unfair and “too stiff”.

It later came to the attention of the public that prior to the race, BHA course inspector Chris Dennis, asked Haydock to reduce the height and stiffness of the fences. Work had been carried out to address his concerns but Dennis believed that the fences were “still quite high and on the stiff side.” Not willing to bow too much to mounting pressure, Haydock course clerk Kirkland Tellwright said that they would make the fences “a shade lower and not as deep”. With no drastic changes planned, future renewals of the Betfair Chase are likely to provide a real test of jumping ability, particularly given this high class affair is usually contested at a fair old pace.