The Christmas period in Britain brings one of the top staying chases of the entire season in the form of the King George VI Chase and Ireland is no different with the Savills Chase on day three of Leopardstown’s Christmas Festival.

The race’s first running took place in 1986 as a 2 mile 4 furlong contest with the trip upped to 3 miles in 1992. The race had for many years been known as the Lexus Chase due to a long running sponsorship deal with the car manufacturer but has had various names changes since its inception.

Some familiar favourites have taken this race in the past including Beef or Salmon, Best Mate, Denman and Tidal Bay.

The next race is scheduled to run on 28th December 2020. The race info, trends and tips shown below will be updated for the next renewal once the final declarations have been made.

Three miles is the trip for this Grade 1 chase, set to be run on soft ground at Leopardstown this year and offering £45,000 in total prize money.

Kemboy stormed to victory in this race last year (when it was known as the Lexus Chase) during an exceedingly strong performance. It was a near faultless display from the then six year old who displayed an excellent turn of pace, solid jumping as well as good endurance to finish strongly. Handsomely beating some talented horses such as Monalee and Road To Respect that day, expectations are justifiably high for the Willie Mullins-trained horse here.

The bay gelding has only got better since his Leopardstown triumph 12 months ago too. An unfortunate unseating of David Mullins in March cost him a real shot at Gold Cup success but he made amends for that incident by claiming gold in the Betway Bowl Chase and Punchestown Gold Cup. Now firmly established as a three mile chaser, it’s difficult to see anyone stopping Kemboy over his favoured distance. Bolstering his claim is the fact he has never lost, across seven starts, when setting off as the race favourite.

Favourite for the Cheltenham Gold Cup earlier in the year, Presenting Percy failed to live up to his short 100/30 price, only able to manage an eighth place finish. Patrick Kelly’s horse never looked comfortable that day so it was no surprise when the gelding was found to have finished lame on its right hind. Enjoying a much needed rest, the eight year old only made his reappearance earlier this month, showing no signs of his earlier problems as he managed a third to Min at Punchestown.

While inexperienced over fences compared to some of his upcoming rivals, Percy is a comfortable jumper and the Leopardstown obstacles should pose little issue for him. The ground is likely to be touch little firmer than ideal however as the son of Sir Percy generally likes things as soft as possible. Although the predicted going at Leopardstown is soft, this will be borderline yielding rather than edging towards heavy unless there is some unexpectledly heavy rain overnight. To have the beating of Kemboy, Presenting Percy would need every advantage he can get and without this we expect the 169 rated horse to fall just short.

Sharing an official rating of 169 is Road To Respect, a third place finisher in this race last year. This is not his only recent clash with Kemboy as the pair also met during the Betway Bowl Chase. Absolutely no match for the 9/4 favourite that day, Road To Respect slumped to a fifth place finish, trailing by 15 lengths as the winner crossed the post. It wasn’t the best year for Noel Meade’s horse but he made an extremely positive start to the current season, comfortably beating two-time King George VI champion Clan Des Obeaux over three miles at Down Royal.

There was a lot to appreciate about Sean Flanagan’s well-timed run aboard Road To Respect last month. Jumping soundly and showing plenty of stamina on the soft ground, it is hard to say the Irish-bred horse isn’t a real contender on the back of it. We would advise not getting too carried away by his recent win though as the eight year old does have a habit of returning strongly but failing to maintain the high standard. Looking at his last three seasons, Road To Respect has begun with a seasonal debut victory each time but has fallen short of claiming back-to-back victories.

Also gunning for glory at Down Royal alongside Road To Respect was Delta Work, a narrow 2/1 second favourite. Far from beginning the season with a bang though, the six year old lacked any real fluency during the Ladbrokes Champion Chase. Looking completely one-paced, Gordon Elliott’s horse will need to make rapid improvements if he’s going to be a serious challenger here. Six year olds have won this race on two successive occasions so youthfulness shouldn’t be an issue in itself but both were better jumpers than Delta Work is. Enduring a difficult time over the Leopardstown fences when here a year ago, we would advise steering clear of the 7/1 shot.

Only one Savills Chase winner since 2002 returned greater than 8/1 in the betting and only one failed to finish in the top three last time out. These are two quite worrying trends for Bellshill who could only muster a disappointing fourth place finish on his last outing in May. Having beaten Road To Respect only a few months before this, the nine year old demands respect himself but it is hard to back a horse who ended last season with a poor effort and hasn’t been out since. A recent run would be of significant benefit heading into such a competitive race so it is best to temper expectations for the Mullins runner making his first appearance in nearly eight months. 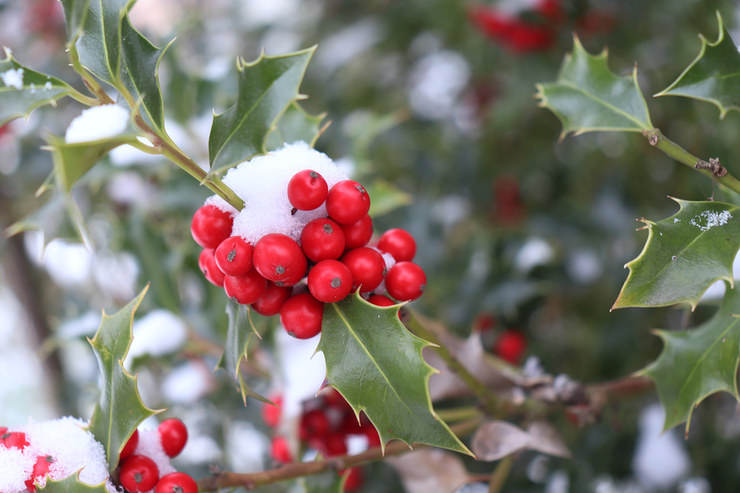 Irish racing fans certainly aren’t short changed when it comes to high quality racing festivals – particularly over the jumps – with the Irish racing programme laying on a whole host of excellent events over the course of the year. And what better time to celebrate the jumping game than at Christmas? Step forward Leopardstown’s Christmas Festival. Kicking off on Boxing Day, this four-day offering provides a real feast of hurdling and chasing excellence.

Each of the four days has its feature contests, but for many it is this Grade 1, three mile chase affair, held on the third day, which acts as the centrepiece for the whole meeting. First run in 1986, when taking place over the shorter trip of two of a half miles, and known as the Black & White Whisky Champion Chase, the distance was first increased to three miles in 1992. The contest has benefitted from strong sponsorship over the years, with Ericsson and Lexus having lent their support in previous years. Property firm Savills are the latest to add their name to this list having taken over sponsorship of the race ahead of the 2018 edition.

The famous maroon silks with the white star of Gigginstown House Stud have become one of the most recognisable sights in Irish – and indeed British – racing in the 21st century, with the owner/breeder operation tasting huge success in many major events. Success which has certainly been felt in this particular contest.

It did take Gigginstown a little while to claim top spot here, with the owners racking up five seconds and two third places between 2005 and 2013. Breaking their duck with Road To Riches in 2014, they have been tough to keep out of the winners enclosure since. Between 2014 and 2019, Gigginstown registered five wins, three seconds and three third placed finishes – including a famous 1-2-3 in 2017.

Three Courses Of Success For Beef Or Salmon

The fact that five-time winner Michael Hourigan is the most successful trainer in the history of this race, is largely down to just the one horse, with the hugely popular Beef Or Salmon being responsible for no fewer than three of those victories.

Beef Or Salmon wasn’t the greatest of travellers – never really making his presence felt in the major British contests – but was a formidable chaser in his homeland. His hat-trick of wins in this race in 2002, 2004 and 2005, being just three of a career haul of 10 Grade 1 triumphs.

Michael Hourigan’s star may not have shown his best in the Cheltenham Gold Cup, but that hasn’t been true of all previous winners of this, with Imperial Call (1997), Best Mate (2003), Denman (2007), Synchronised (2011) and Bobs Worth (2013) each also boasting a win in the Cheltenham Festival showpiece on their CV.

Elder Statesmen Up Against It 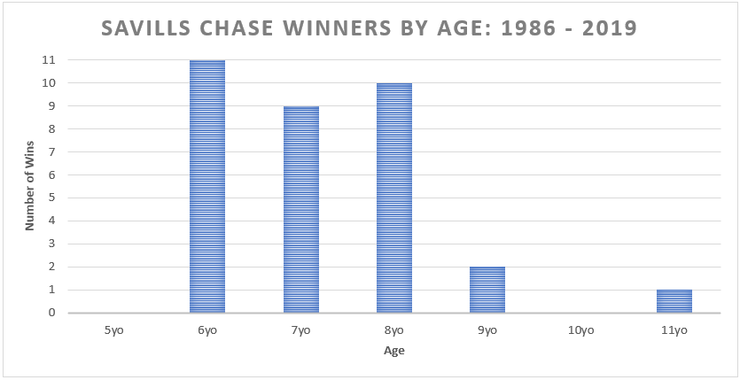 This race may be open to all chasers aged five years and older, but, as of 2019, none so young has ever managed to come home in front. That is perhaps not too surprising, with it being pretty rare for a chaser to hit their peak at so young an age.

Of more significance is the poor record of those aged nine and older, with only three from that age bracket managing to enter the winner’s enclosure. Special mention must therefore go to Tidal Bay who defied his 11 years when landing the prize for Paul Nicholls in 2012.

Overall six to eight years of age has been the place to be, with over 90% of the winners up to and including the 2019 edition falling within that range.