Newbury hosts its richest day of racing on Lockinge Saturday with prize money totalling £750,000 across seven scheduled races. The main bulk of this purse is thanks to the Lockinge Stakes itself which will be the star of the show during Newbury’s biggest social occasion.

Many fine horses have won this race during its 60-year history such as Pall Mall, Brigadier Gerard, Kris and the mighty Frankel.

You will struggle to find a fairer one-mile test anywhere else in the UK than at Newbury. The straight track has next to no draw bias and its galloping nature allows horses to stretch their legs across the slight undulations. Only eight horses competed in this race last year, but we have a decent sized field of 14 set to go to post this time around. 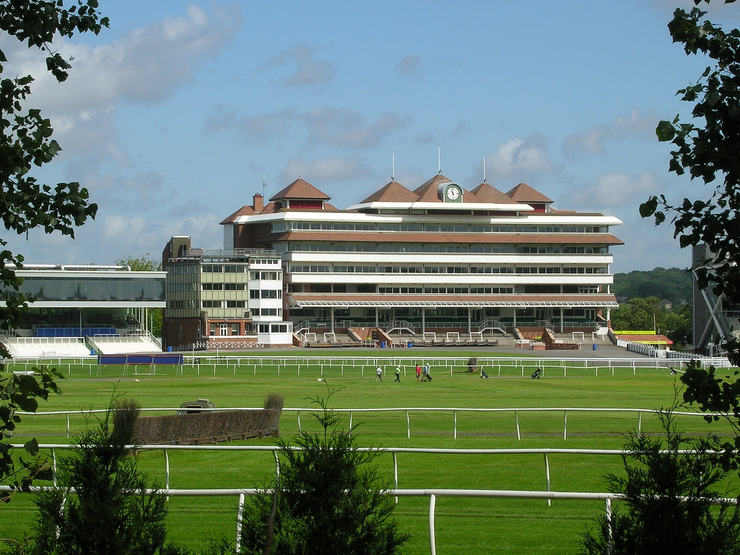 The Classic generation always gets a large proportion of the coverage during the flat racing season. Not every high class horse reaches their potential at three however and there are several top level races for older horses during the season of which the Lockinge Stakes is right up there.

The very best trainers regularly target their best older milers for the Lockinge Stakes which takes place every May at Newbury. Although open to horses aged four and older it’s the youngest horses who have the best record in the Lockinge, which is a race packed with prestige and history.

A WORTHY PART OF THE BRITISH CHAMPIONS SERIES

When the Lockinge Stakes was initially introduced it was open to members of the Classic generation. In fact, the first winner, Pall Mall, added the Lockinge to his 2000 Guineas win of just a few weeks earlier. Three-year-olds were permitted to compete all the way through the introduction of the new grading system in 1971, the Lockinge’s demotion to Group 3 status in 1983 and eventual promotion to Group 1 level in 1995, when the doors were shut to younger horses.

The Lockinge took another step up in terms of the prestige with which it is held when it became part of the new British Champions Series in 2011. It now provides a clear path through to British Champions Day and sits alongside the other races in the milers division as seen in the table below.

When Pall Mall won the first two editions of the Lockinge Stakes few people thought that it would prove to be such an impressive feat. He is one of just three horses to have successfully defended the race as of the 2019 renewal though, the other two being Welsh Pageant (1970, 1971) and Soviet Line (1995, 1996).

Given the propensity to retire truly top class horses after their four-year-old season we are unlikely to see too many horses win the Lockinge multiple times in the future. Frankel, for example, would almost certainly have defended the Lockinge in 2013 but his appearance in 2012 was the only crack the wonder horse had at it before being sent off to an incredibly lucrative career at stud.

NOT A RACE FOR THE BOOKIES

Punters have tended to have the beating of the bookies in recent renewals of the Lockinge Stakes. Frankel was incredibly easy to pick in 2012 when he went off at 2/7 and whilst nothing has been quite so short since, several firm favourites have won including Paco Boy and Canford Cliffs, who were both odds on in 2010 and 2011 respectively. 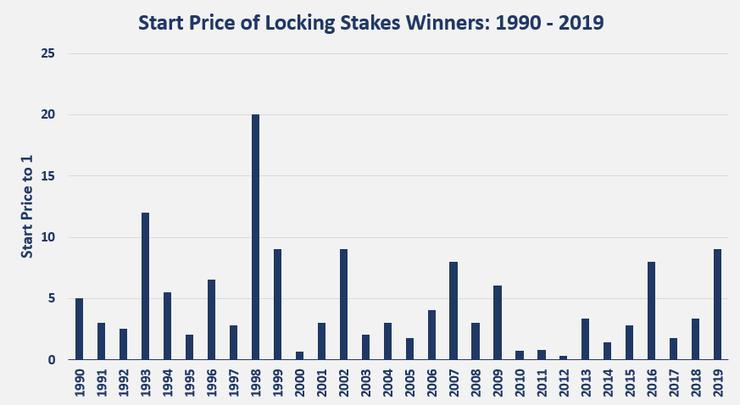 Rhododendron continued the trend of favourites running well in 2018 when she became the seventh winning favourite in 10 years. Moreover, two second favourites won in that time and the biggest priced winner was Belardo who had an SP of 8/1 in 2016. This really is one where the head of the market is the only place to look.

Although Rhododendron bucked the trends in as much as she was the first mare to win since 2007, she had crucially already proven herself at the top level. The vast majority of recent Lockinge Stakes winners had previously won a Grade 1, with most of those victors getting the job done over 1 mile. In terms of the closest prep races, it can pay to keep an eye on impressive performances from the Sandown Mile, which Belardo won before his 2016 win at Newbury.