We head to the Berkshire venue of Ascot for the big pre-Christmas Grade 1, as the track lays on the latest edition of the race most commonly known as The Long Walk Hurdle, now named the Marsh Hurdle.

An excellent event in its own right, this contest also provides plenty of pointers when looking ahead to the major staying races still to come.

A substantial trip of 3m½f faces the runners of this Grade 1 Hurdle contest, with the likely soft ground at the track set to ensure this is a searching test of stamina. Offering £80,000 in total prize money, the race is one of the premier events of its type of the season.

There are no strong trainer trends in evidence this year, with Colin Tizzard, Emma Lavelle and David Pipe being the only handlers on show with a previous win to their name. Richard Johnson is the all-time leading rider with four previous wins and gets the leg up on the well-fancied Thyme Hill this year.

Runners falling into the seven to eight year old age bracket boast the best recent record, with wins in seven of the past 10 editions of the race. Exactly half of this year’s field fall into that age bracket, giving us plenty to choose from.

The favourites have boasted a rock solid 50% strike rate in this event over the past decade. However, with two of those victories being registered by Big Bucks at odds of 30/100 and 2/13, supporters of the market leader have only registered a profit of just 53p to £1 level stakes over this period.

We have two horses out in front at the head of the market, the first of which is the aforementioned mount of Richard Johnson, Thyme Hill. Hailing from the Philip Hobbs operation, this son of Kayf Tara has always been held in high regard, and has largely backed up that assessment in winning four of his five career starts over hurdles, with that sole defeat coming when beaten by a margin of only one and a half lengths in last season’s Albert Bartlett Novices’ Hurdle at the Cheltenham Festival. That effort, in addition to his previous Grade 1 success in the Challow Novices’ Hurdle at Newbury, suggested he could be in for a productive time of things as he moved out of novice company this season.

And on the early evidence it would seem that the gelding is well worth his place in all the top staying events this season. Making his seasonal return in the Long Distance Hurdle at Newbury, he travelled with real authority throughout before staying on well to score by one and a half lengths from a field including each of the past two winners of the Stayers’ Hurdle in the shape of Lisnagar Oscar and Paisley Park. A repeat of that effort ought to put him right in the frame once again and, still only six years of age, we most likely haven’t seen the best of him yet.

Chief amongst the opposition to the in-form Hobbs runner is the 2019 winner of this race, Emma Lavelle’s Paisley Park. Famously owned by Andrew Gemmell, this powerful stayer was the undoubted star of the division during the 2018/19 season, sweeping all before him to win five consecutive starts, including a Grade 1 double in this race and in the Stayers’ Hurdle at the Cheltenham Festival. That dominance continued into the start of last season when landing both the Long Distance Hurdle and the Cleeve Hurdle, before it then all went wrong when managing only a laboured seventh in the defence of his Stayers’ Hurdle crown.

That Cheltenham flop appeared a strange performance at the time, particularly as he had comfortably beaten a number of those to have finished in front of him on the day. However, the fact that the now-eight year old was subsequently found to be suffering from an irregular heartbeat does make the effort much easier to excuse. Brought back to the track for the Long Distance Hurdle this year, he ran an excellent race to finish a one and a half length second to Thyme Hill, particularly as a number of paddock watchers noted that appeared likely to improve for the run. Seeming sure to strip fitter here, three pounds better off with his Newbury conqueror, and proven over the course and distance, he looks all set to run a big race.

If either Thyme Hill or Paisley Park are to win though, they are going to need to do something which no runner has managed since this time last year: get the better of the remarkable Main Fact from the yard of David Pipe. Possibly the most improved performer in training, this seven year old was rated just 98 at the beginning of 2020, but heads into this on a mark of 154. That does still leave him with 11 pounds to find with Paisley Park and six pounds to make up with Thyme Hill, as he steps up from Grade 3 handicapping company to the top table; but such is his rate of progression, it is hard to say when his winning streak – which stands at nine races now – will come to an end.

It is also worth noting that the bulk of his improvement has come over two miles, and as such he may well have plenty more to offer on what will be only his second start at this sort of trip. His first effort came in the Betfair Exchange Hurdle at Haydock last time out, and two furlongs from home it did look to perhaps be a step too far – and then the turbo kicked in as he powered home to ultimately win going away by two and three quarter lengths from a field of talented staying handicappers. This clearly demands more again, but an eight time winner on soft or heavy going, he does at least have conditions in his favour and likely won’t go down without a fight.

About The Long Walk Hurdle 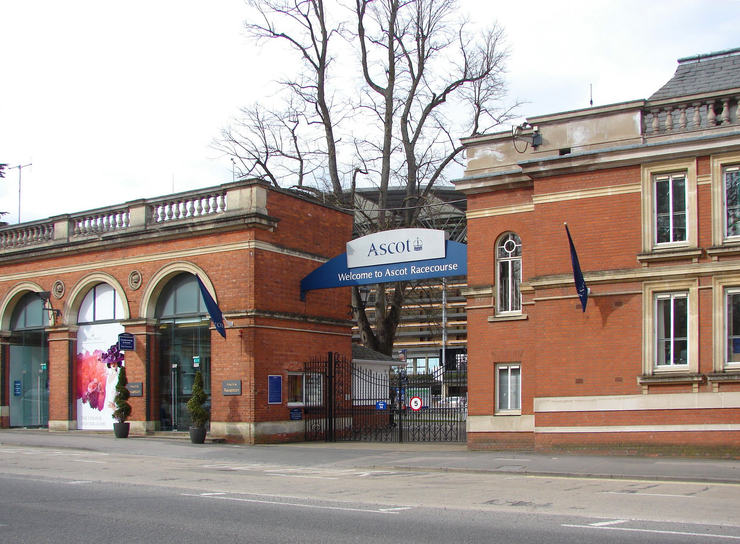 Christmas is a wonderful time in the horse racing calendar. The National Hunt season is in full swing by the time the festive season rolls around and most of the leading stars of the various divisions have already made their seasonal reappearance.

That is almost always the case with those towards the top of the betting for the Long Walk Hurdle. This Grade 1 contest is among the most highly coveted and prestigious long distance hurdles of the year and it is very rare for a winner to be coming off a long break. Run over 3 miles on the Hunt course at Ascot Racecourse, this is a main target of any UK or Irish based trainer who has a top class staying hurdler in their yard.

A Race for Long Distance Specialists

It’s not just trainers who look forward to the Long Walk Hurdle. As long distance hurdling is something of a speciality you tend to find the same horses competing against each other, especially in these sort of quality contests. That renewing of hostilities provides ready-made storylines and angles to examine in the build-up.

There are a few routes that horses tend to take coming into the Long Walk Hurdle. The Grade 3 Betfair Stayers’ Handicap Hurdle and the Grade 2 Ladbrokes Long Distance Hurdle are important tests whilst the Coral Hurdle in November gives trainers the chance to see how their charges get on at Ascot. Although winning form at Ascot isn’t the most important stat to consider, any previous course form is very much a positive as it is a testing track which does not suit every horse.

As the chart above shows, most recent winners of the Long Walk Hurdle ran in the Long Distance Hurdle at Newbury previously. The next most popular lead-up races were the Coral Hurdle at Ascot and the Betfair Stayers’ Handicap Hurdle at Haydock. The results from the most recent of these races can be found below.

When the Long Walk Hurdle is in the books for another year it’s time for connections of those who contended in the final stages to look on to the huge long distance hurdle races still to come. The obvious target is the Stayers’ Hurdle at Cheltenham. In fact, many trainers will bid to keep their leading charges fresh by avoiding the temptation to run them between their Ascot outing and the Cheltenham Festival.

It’s worth noting that the form from the Long Walk Hurdle hasn’t been particularly valuable for punters looking for a Stayers’ Hurdle bet. It takes a truly high class staying hurdler to win at both Ascot and Cheltenham.

The list of horses who have achieved that double includes Big Buck’s who won the Long Walk Hurdle four years in a row between 2009 and 2012 and followed up three of those wins with victories in the Stayers’ Hurdle. Barracouda, whose four wins make him the most successful horse in the history of the Long Walk Hurdle, also completed the highly impressive double.