The Aintree Festival is a three day festival held in April. The big race, the Grand National, take places on the Saturday, however kicking-off proceedings on day one is the Manifesto Novices’ Chase over two and a half miles.

A fairly new fixture, this race first took place in 2009 and is named after the racehorse Manifesto, who won the Grand National in 1897 and 1899. 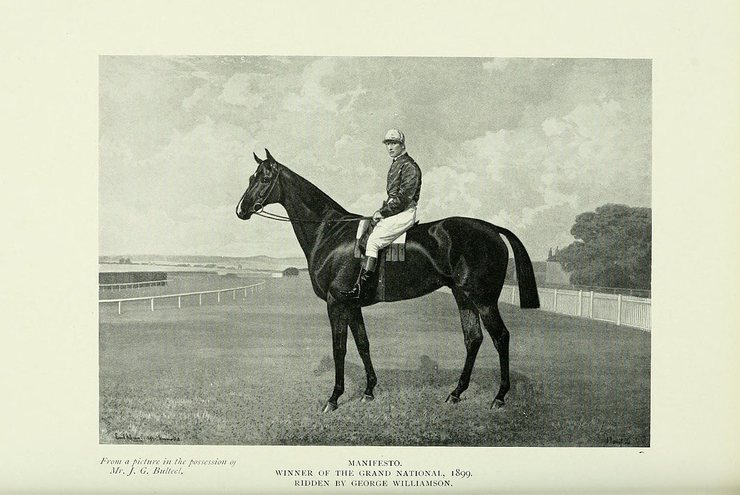 Springtime means only one thing to fans of National Hunt racing; this is the time of year in which the sport lays on its season-defining festivals. Hot on the heels of the most famous meeting of them all at Cheltenham, comes Aintree’s very own Grand National extravaganza.

Of course, it all leads up to the world’s most famous steeplechase on the closing Saturday of this three day affair, but we have no shortage of high quality action in support at what is one of the most popular and well-attended festivals of the racing year. One of the highlights on the opening Thursday on Merseyside is this novice chase contest held over a trip of just shy of 2m4f, and featuring 16 fences that separate the competitors from glory.

A relatively new addition to the programme having made its debut as a Grade 2 event in 2009, it took only three years for the contest to be elevated to its current Grade 1 status. Open to all novice chasers aged five years and older, the race regularly attracts contenders from both the Arkle Chase and JLT Novices’ Chase at the Cheltenham Festival, and in common with the majority of events of this type, any mares in the line-up receive a seven pound weight allowance from their male rivals.

The “Manifesto” of this races title refers to one of the true legends of the Aintree Grand National. His name may not spring to mind quite so readily as the likes of a Red Rum or a Tiger Roll, but the achievements of Manifesto in Aintree’s greatest race are right up there with the best of them. 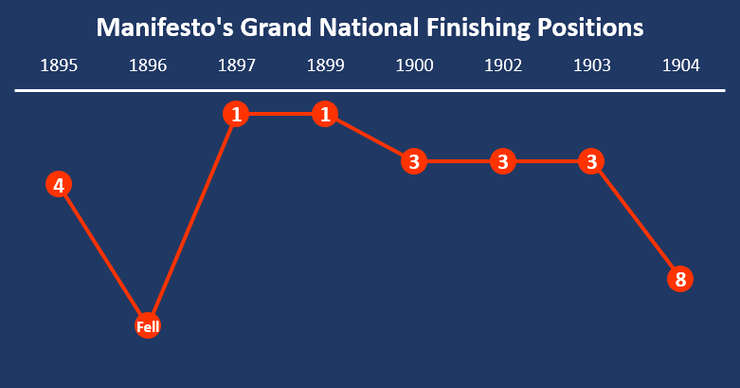 To take part in eight Grand Nationals is a pretty phenomenal feat in its own right, and one which is already worthy of having a race named in your honour. Manifesto didn’t just take part though, he ran with great distinction, finishing fourth once and third three times, in addition to leading them all home in both 1897 and 1899.

Boom Or Bust for Previous Winners

As a top level contest, you would expect that this would attract a high calibre of chaser, and that has largely proven to be the case over the years. The likes of previous winners Wishfull Thinking (2011) and Menorah (2012) each went on to score on four further occasions at Graded level, whilst Uxizandre (2014) famously handed Sir Tony McCoy his final Cheltenham Festival success in the 2015 Ryanair Chase. 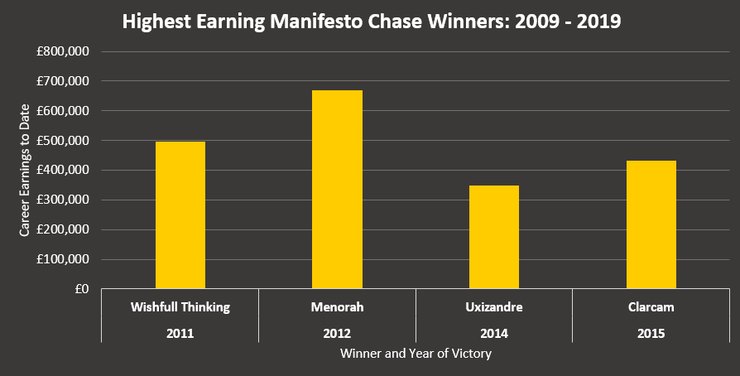 It hasn’t always been onwards and upwards for the victors here though, as Mad Max (2010), Captain Conan (2013), Arzal (2016) and Finian’s Oscar (2018) all failed to win a single race after coming home in front in this – posting a combined record of 0 wins from 17 subsequent starts.

As a relatively new event on the racing calendar, it may take a while for a true picture of the trends for this race to emerge, but the early evidence would suggest that it is well worth paying particular attention to any six year olds in the field. It is admittedly early days for the race, but a record of seven wins from the first 11 renewals of the race (up to 2019) is pretty striking nonetheless.