There’s not much time to for punters to get their breath back following a rollercoaster Cheltenham Festival as we are straight back into the big race action on the following Saturday. Pick of the contests on offer is this valuable handicap for the staying chasers.

The Midlands Grand National might not have the prestige of other UK and Irish ‘Grand Nationals’ but it is every bit as challenging, and requires a quality horse to take the spoils at Uttoxeter.

A marathon 4m2f is the trip for this Listed Handicap Chase which offers £150,000 in total prize money. The ground at the track is currently described as heavy, making this even more of a slog than usual so it’s going to take a runner with plenty of stamina to have a chance of success.

David Pipe is the most successful trainer in the history of this race having impressively landed four consecutive editions between 2011 and 2014. Pipe won’t now be adding to that tally in 2020 though, with his sole entry Rathlin Rose having been declared a non-runner. That leaves Fergal O’Brien and Evan Williams as the only previous winners of the race amongst the trainers who will be represented this year.

In terms of age trends, it is the seven to nine bracket which has proven most successful here, with 36 of the 48 winners to date falling into that category – a fact which speaks against the four runners aged 10 and older in this year’s field.

Recent evidence would also suggest that it has unsurprisingly been something of a struggle to lump a big weight around here, with eight of the past 10 to come home in front being saddled with 10st12lb or less.

There can’t be too many big Saturday contests in which multiple champion trainer Paul Nicholls doesn’t boast a previous success, but we do have one here. If the market it is to be believed though, there must be at least a fair chance that the Ditcheat handler will break his duck in 2020, as it is his sole entry, Truckers Lodge, who currently heads the market.

The claims of this one pretty much advertise themselves. Boasting form figures of 212 on heavy ground, and arriving on the back of an excellent effort when a keeping on second in the similarly challenging Welsh Grand National at Chepstow, he seems a solid option to at least cope with the conditions. A two pound rise for that Chepstow run looks perfectly fair, with the additional distance of this race likely to suit. Overall, he does look the most likely winner and is the one to carry our cash.

Another big trainer yet to taste success in Uttoxeter’s crown jewel is Gold Cup winning handler, Colin Tizzard. Tizzard sends the eight year old Christmas In April into battle this time around and, going in the hands of Champion Jockey, Richard Johnson, he looks another likely to be well suited by the task at hand.

This one has had just the one previous start on heavy ground, but it came last time out at Exeter in the Devon National and was most impressive. Taking it up two from home, he powered clear on the run in to score by eight and a half lengths from the useful yardstick, Perfect Candidate. He gets an eight pound rise for that, but again that doesn’t look excessive, particularly as he didn’t appear to endure too hard a race that day.

Fergal O’Brien took this with Chase The Spud in 2017, and would look to boast live claims once again this year with the consistent Petite Power. Now 11 years old, he does have the age trend to defy, but would otherwise look to have plenty in his favour.

Boasting career form figures of 26221 on heavy ground he can be relied upon to run his race in the conditions and arrives in good form having finished in the first three in each of his four previous starts this season. He was beaten 17½ lengths into third at Warwick last time out, but would likely have finished significantly closer but for being hampered at a crucial stage. Left on an unchanged mark of 131, with Mr Liam Harrison taking seven pounds off in the saddle, he shouldn’t be far away.

The class act in this year’s field is undoubtedly the Emma Lavelle-trained De Rasher Counter. Lavelle may have been disappointed with the defeat of Paisley Park at Cheltenham this week, but she may gain some compensation here with this son of star flat stayer, Yeats.

Four from six when the word heavy has been included in the going description, he was no match for Gold Cup-bound Santini last time out, but his previous win in the Ladbrokes Trophy at Newbury reads pretty well in the context of this race. He is up eight pounds for that here, but with the runner up that day, The Conditional, having since gone on to claim top spot in the Ultima Handicap Chase at the Cheltenham Festival this week the form looks rock solid. The step up to 4m2f poses a question, but if able to cope with it he rates a threat to all.

Amongst those at bigger prices, the Rebecca Curtis runner Joe Farrell looks well worth a second look. Curtis has already been in the headlines this week courtesy of the 50/1 shock win of Lisnagar Oscar in the Stayers’ Hurdle, and may strike again in an event which places even greater demands on stamina.

This 11 year old by Presenting already has previous National success to his name having come home in front in the 2018 Scottish Grand National at Ayr and, whilst he’s seven pounds higher here, he does have the excellent Bryony Frost in the saddle and would look to be running into form at just the right time for this. Catching the eye when staying on late into seventh in that Ladbrokes Trophy contest last time out, this test looks more up his street and he makes plenty of each way appeal.

About the Midlands Grand National 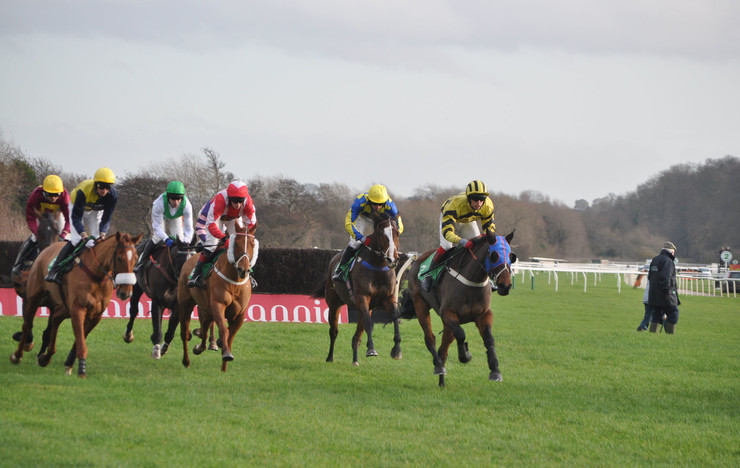 The Midlands Grand National is a National Hunt steeplechase race which is widely considered to be one of the sternest tests faced within the horse racing world. As such, it plays as a key indicator as to how the horse will fare against the very similar conditions found in other difficult staying races such as the Grand National, or indeed the Scottish and Irish Grand National races, which are run a month later in April, and even the Welsh Grand National which is run in December. The race is for horses aged five years and above, and it takes an exceptional staying horse to complete this extremely challenging race.

The first Midlands Grand National was run relatively recently in May of 1969, and no horse has ever won the event more than once, which shows just how hard it is to come out on top of such a competitive field, and under such difficult conditions. Back then it was run over 4m2f before an extra couple of furlongs were added in 1977. There have been a number of changes since then but it has been contested over four miles, one and a half furlongs, since 2004.

Whilst no horse has done the double at Uttoxeter, there have however been four jockeys who have won the race twice. The current leading trainer for wins in this gruelling contest is David Pipe, who won it for four years consecutively from 2011 to 2014.

Held in March of each year at Uttoxeter Racecourse, the Midlands Grand National is an enormous task for any horse. The fact that the race is over four miles and includes a whopping 24 jumps in total make it the ideal comparison tool for trainers looking to gauge how well their horse will do in a major Grand National, as it is more similar to the race than any other meeting on the racing calendar. 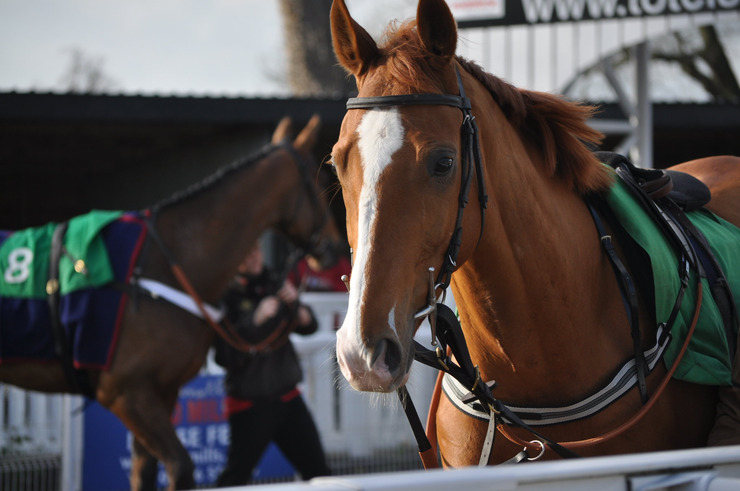 The ability to stay the entire course, which is too far for most horses in National Hunt racing, is a key indicator as to whether the horse will be able to run the massive distance of the more famous Aintree race or one of the other similar contests. It also gives trainers and punters a guide to how they will navigate the obstacles and whether they will be able to do so without falling or being brought down, two huge dangers facing a horse running in the Grand National. 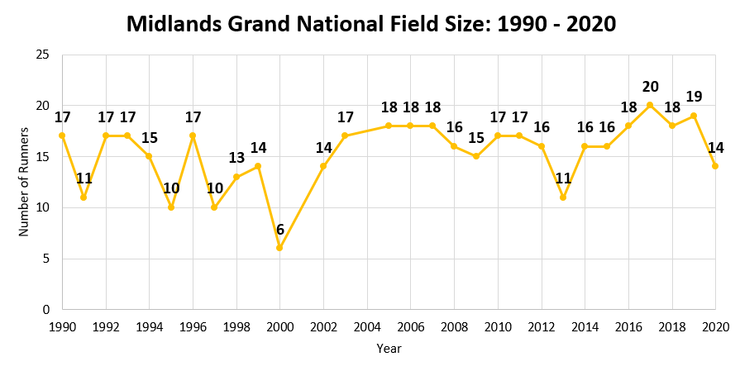 In fact, of the 10 winners of the race between 2010 and 2019, nine horses had gone on to run in at least one of the bigger contests afterwards, and five of those horses did so within the same calendar year. Only one of those 10 most victors did not go on to run in a Grand National. However, even that sole exception did go on to run in several of the biggest meetings of the National Hunt year.

What’s more, as the table below shows, winners here at Uttoxeter have sometimes done very well at one of the bigger Nationals. Whilst success in the Midlands is no guarantee of future and bigger glory, it is clear that any horse landing this one is worthy of at least a second glance.

Other Races of Note at Uttoxeter