To stand a chance of featuring in the Pertemps Final, runners needed to have finished in the top six in any of the qualifying races that were held earlier in the season. It’s a rather unique event in this aspect but it’s something which means this race consistently has a jam-packed field.

Taking place for the first time in 1974, this handicap hurdle was promoted to Grade 3 level in 2018 having previously being Listed class. 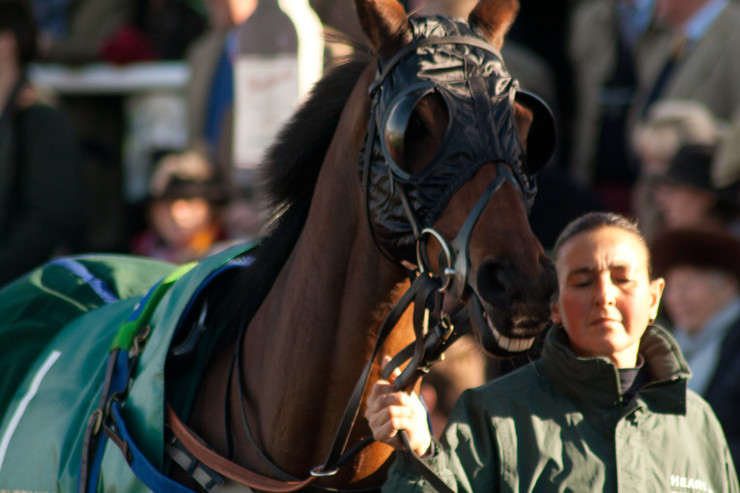 The organisers of the Cheltenham Festival understandably make a big deal of the fact that there are fourteen Grade 1 races taking place across the four days of action. Race goers love the chance to see the very best horses across the various divisions compete against one another but punters always enjoy getting their teeth stuck into a competitive betting heat and in that regard there is nothing quite like a handicap.

The Pertemps Final Hurdle is one such race that always provides plenty of opportunity for punters. Not only is this three mile contest a handicap but it is one that all the competitors must qualify for earlier on in the National Hunt season.

There are 16 different opportunities in Britain and Ireland for connections to get their horses into the Pertemps Final Hurdle and have a crack at a winner’s prize that was over £56,000 in 2022. These are held at various courses in Britain and Ireland and horses must finish in the top six in at least one of them to have a chance of a place amongst the big field of the series final. The top six horses from the latest qualifiers can be found here.

You might think that the presence of such a structured route to the Pertemps Final Hurdle would mean that predicting the winner is relatively easy. That is not the case. Horses who go off at odds of 20/1 or longer regularly claim places whilst winners at double figures are commonplace and winning favourites rare. 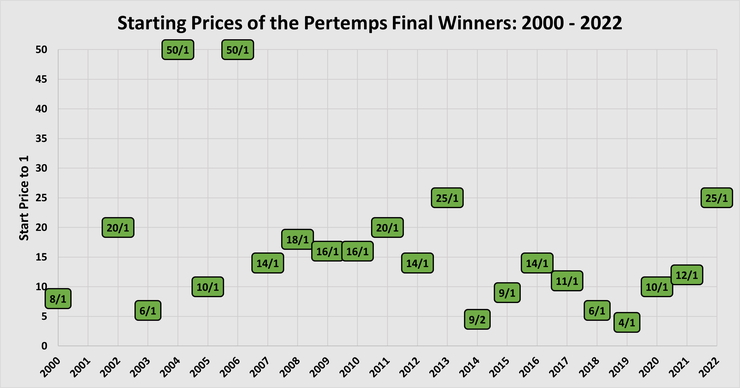 When picking through the form to try and pull out a potential winner the qualifying places do seem to be the most obvious place to start. Punters will certainly get some important insights from those them but it is well worth noting that only a small percentage of recent winners actually won the race that got them a place at Cheltenham.

Punters who want specific races to cast an eye over should look at October’s Cheltenham Qualifier and the Heroes Handicap run at Sandown in February even though it is not one of the qualifiers.

There are some important trends to consider for the Pertemps Final though. The race is open to horses aged five and older but Delta Work became only the second five-year-old to win since the race was introduced to the Cheltenham Festival in 1974. The key spell in terms of age is between six and nine so punters must have very good reasons for backing any horse who falls outside of this range. 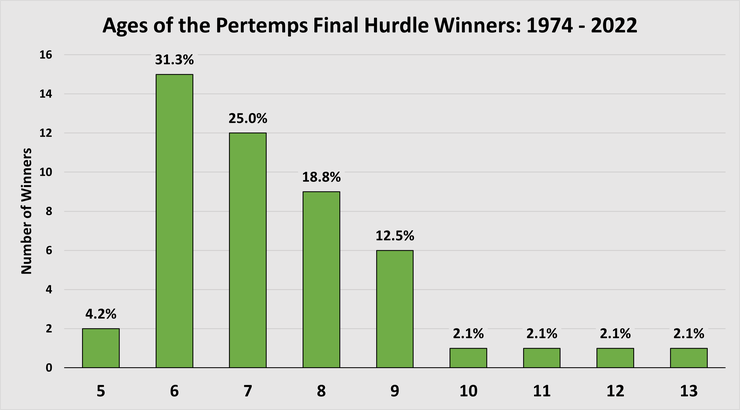 The other range to carefully consider concerns the weights. Horses with an official rating of over 150 find it very difficult to make their class show with the amount of weight that they are forced to carry. Backing a horse carrying less than 11st is ideal but the unpredictable nature of the Pertemps Final Hurdle is reflected in the fact that even the top weighted horse has won previously. The latest to do so was Sire Du Berlais who won his second successive Pertemps Final in 2020 saddling 11st 12lbs. 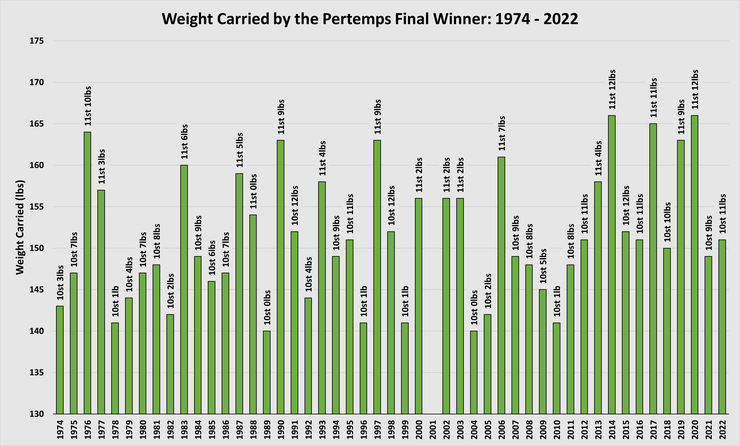 This weigh carried by Sire Du Berlais was in fact the joint heaviest by any winning horse in the history of the race alongside Fingal Bay in 2014, 1lb more than the next highest weighted winner, Presenting Percy, who carried a hefty 11st 11lbs to victory in 2017. The lightest runners to win the race were Rogers Princess in 1989 and Creon in 2004, both of whom were carrying 10st 0lbs.

Below we have the top six finishers in each of the latest Pertemps Final Qualifiers. Fourteen are from the UK and two from Ireland.

The sixth runner at Exeter, Riggs, was pulled up and as a result did not qualify from this race.